The History of the Burpee

A FUNCTIONAL FITNESS TEST IS BORN.

It was 1939 in New York City. A man named Royal Huddleston Burpee was finishing up his PhD thesis in Applied Physiology. As the executive director at the New York YMCA, Royal wanted a simple way to quickly measure the fitness level of new members – keep in mind that testing the fitness of everyday individuals was uncommon at the time. So he devised a 4-count movement called the “squat thrust.”

To administer the test, the individual would perform four “squat thrusts” in a row, while he measured their heart rate to determine the heart’s efficiency at pumping blood – i.e. how fit are you? His version of the burpee consisted of: 1. Squat down and place both hands on the floor in front of you. 2. Jump feet back into plank position. 3. Jump feet forward. 4. Return to standing.

SO HOW’D THE BURPEE MAKE IT BIG?

Burpee had published his thesis right around the time that the United States entered World War II. And just like Burpee had wanted to measure the fitness level of new YMCA members, the U.S. military also needed to assess how fit their new class of recruits were. So the military incorporated the burpee into the armed forces fitness test, where soldiers had to perform “squat thrusts” for 20 seconds. By 1946 the test increased to 1 minute — performing 41 reps in that time was considered excellent, while fewer than 27 was considered poor.

It’s unclear exactly when and how the burpee added in the extra push-up and jump at the end, but the extra work hasn’t gone unnoticed.

THE THING WE LOVE TO HATE BUT ALSO LOVE IN CROSSFIT

Royal H. Burpee did not intend for the burpee to be done in high volumes—he even believed the military’s adjustments were a bit too strenuous. However, as the burpee has transformed over the years, so have we. The burpee’s history with CrossFit is long, and painful. For those of us who remember CrossFit Open 12.1 – AKA 7 minutes in hell, as in burpees – this is especially true.

The burpee first appeared on September 21, 2004 in a WOD consisting of: 21-18-15-12-9-6-3 of: toes through rings, wall balls, reverse hip extension and burpees. But as ubiquitous as the burpee is to CrossFit WODs, they weren’t included in the CrossFit Games until the final workout of the 2009 Games. They are a constant and even arguably a “relief” sometimes, knowing that they are a movement you can just grind through. So do you love them or hate them? Regardless, burpees have been in every CrossFit Open since 2011 except for one, so we doubt they’re going anywhere. 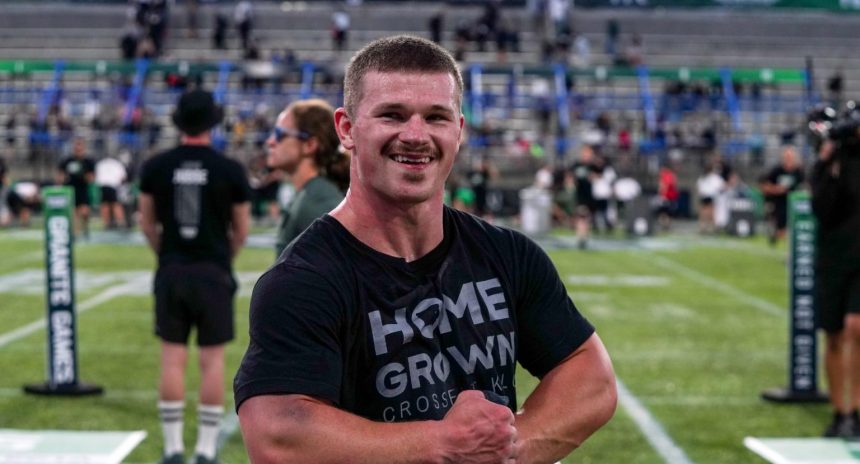 Mar 8 by Patrick Blennerhassett
Your Coffee is ready.