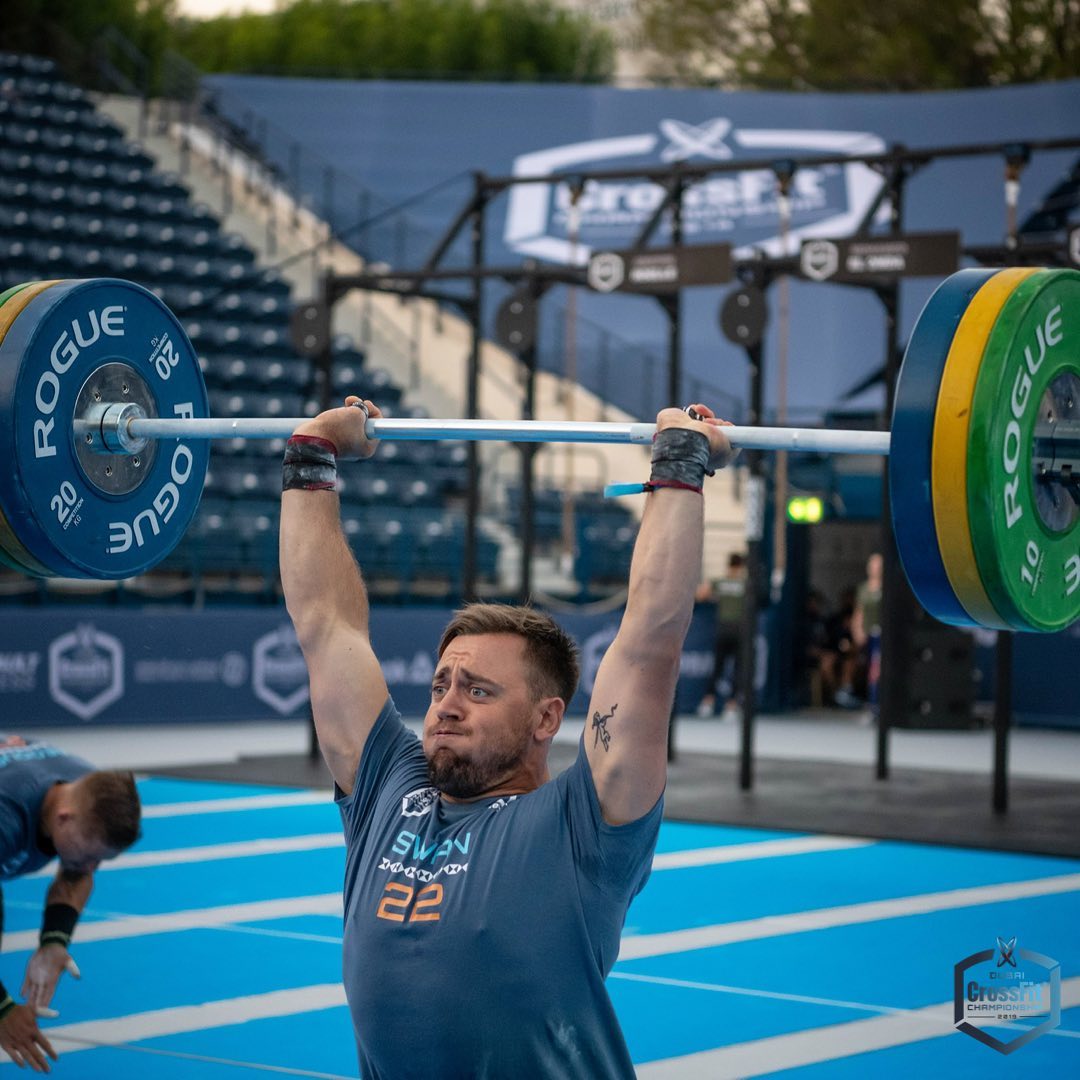 After early morning downpours caused some delays, things got back on track as individuals and teams faced a handful of scored events: three for individuals and four for teams.

One big thing: As we reported earlier, Katrin Davidsdottir had initially withdrawn from event 1 over concerns about exacerbating a nagging back issue, but she ended up not competing in any event on day 1. It now appears that she may not compete at all as she isn’t assigned a placement number on the leaderboard.

On tap for day 2 individuals: Everyone’s favorite event — the 1RM Clean and Jerk.

Heats are scheduled in 18 minute sections. With a conservative 5 minute transition between heats, that would give athletes 13 minutes to lift. We’re estimating a little, but that’s a lot of time on the barbell and a bit more than usual.

Keep this list handy: These are the athletes who’ve already secured an invite to the Games unofficially.

The teams: A nasty synchro chipper.