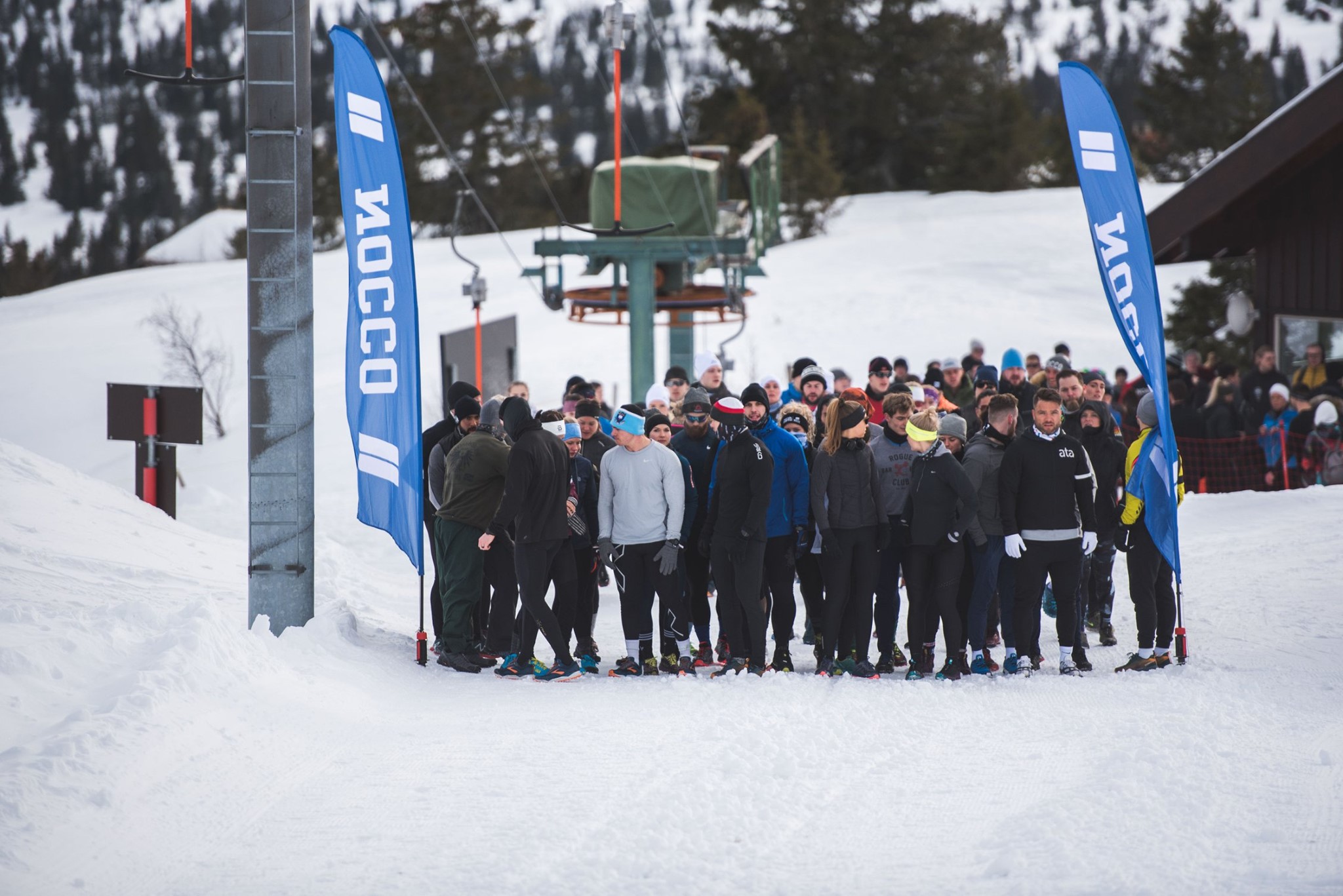 Friluftsliv, a 160 year-old word that translates literally to “free air life” in Norwegian, embodies the cultural ties of Norway’s population to the natural world around them. Norway consistently ranks at the top of the United Nation’s World Happiness Report, and it seems fitting then that for a country that finds fulfillment in exploring and connecting with nature, a word exists for the purpose of properly capturing this aspect of the Norwegian people.

The individuals and teams at the Norwegian CrossFit Championship got a full taste of friluftsliv, as they braved the cold and the snow to traverse up a ski slope, and through the countryside of the Storefjell Resort in event one today.

With a starting time temperature of -6℃/21℉, the roughly three and a half kilometer run began with a steep climb up the snowy hillside. Athletes were bracketed on either side by ski lifts still actively spinning, and after reaching the top the of the climb, they were treated to panoramic views of the Storefjell countryside.

The next two kilometers were spent weaving alongside snowmobile tracks and terrain usually reserved for cross-country skiers, as the added wind dropped temperatures to  -12℃/10℉.

The cold sting of each breath paled in comparison to the visuals of the landscape, and as athletes sprinted full bore during a downhill stretch to the finish, the pain of the event gave way to smiles.

In an exemplary display of friluftsliv, the Norwegian contingent of athletes left their mark at the top of the leaderboard for the event.

After the finish, athletes and fans hustled back inside the Storefjell Resort hotel to thaw out and prepare for the rest of the day’s events, and regardless of result or finish, everyone walked away with a proper piece of Norwegian culture and an opening event experience unlike anything seen before in Sanctionals history.