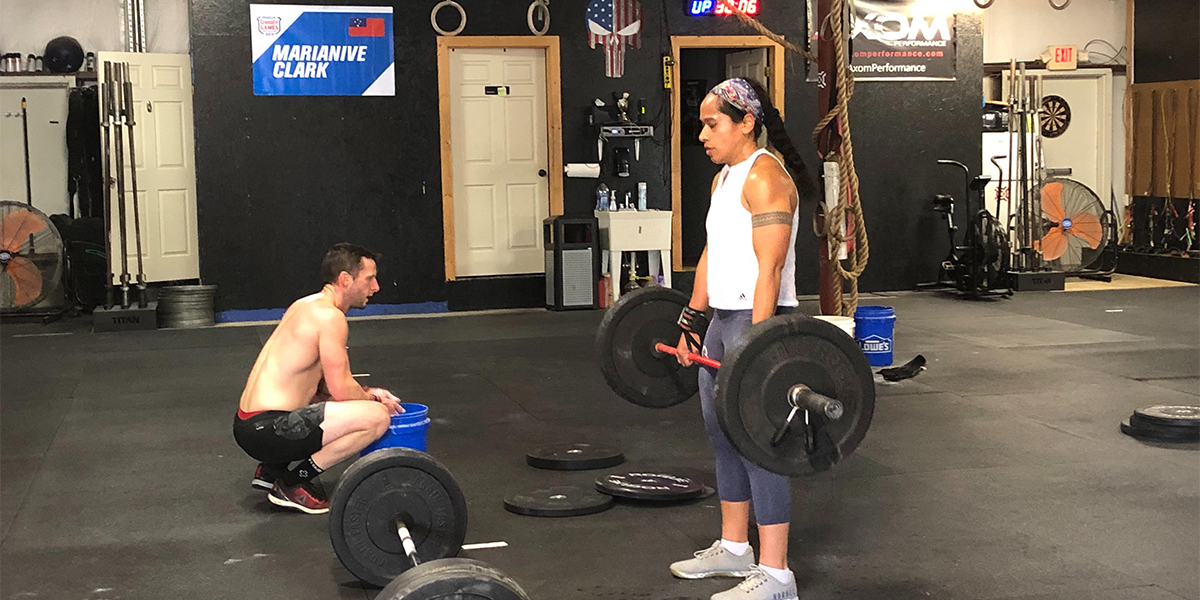 Before the start of event one in Madison last year, Clark knew she could do a legless rope climb. She’d done them before at her gym in northern Arkansas, and after the 400-meter run, she made the ascent, hand over hand. However, just as she was about to touch the rafter, her legs squeezed the rope, and she was no repped.

For the next 18 or so minutes, she made a few more attempts, but her momentum was gone. With only one rep, the national champion from Samoa tied for last with 14 other women and was cut.

Like Roza Gilles, the Uzbeki national champion, Clark lives in the United States but was born and raised abroad. For Clark, it was a village in Samoa, an independent nation of about 200,000 that sits just to the west of American Samoa, a territory of the United States.

In 2003, Clark met an American Peace Corps volunteer, and two years later, they started to date. From there, the relationship moved quickly.

Nive and Paul moved to Arkansas, where Paul’s from, and for the next two years, they had to meet with an immigration officer to prove that they weren’t in a so-called “green card marriage.” Though they were genuinely in love (within that time frame, they’d already had their first child), the experience still rattled Clark, so much so that at one appointment she forgot the year they got married.

Despite her nerves, and despite having no formal athletic background, Clark loved CrossFit, which she started in September of 2014. Every year in the Open, she’s improved, from 26,693 the first year to 598th this past November.

Training for the Games, Clark has found a supportive community at her gym, CrossFit Bentonville, though the reaction from fellow Samoans was mixed.

Regardless, Clark is full steam ahead on her training. She’s started swimming seriously for the first time, and because of a foot injury, she’s had ample time to strengthen her upper body. The challenge is exciting, if not a bit overwhelming at times.