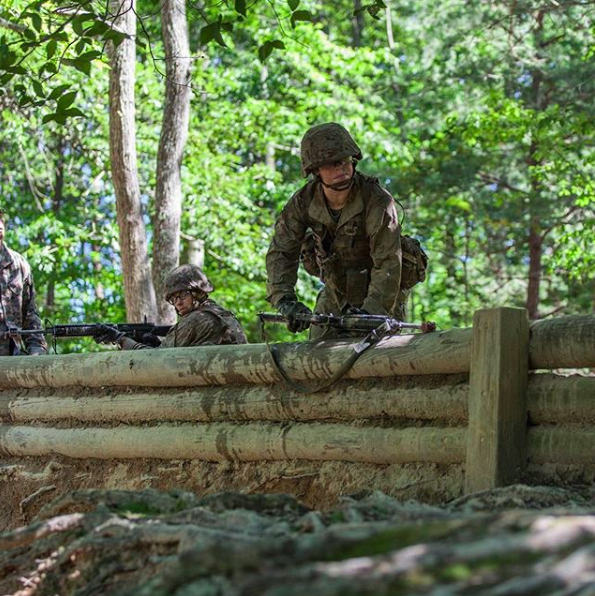 Not every elite CrossFit teen athlete you see at the top of the Open leaderboard is going to be the next Rich Froning. However, as National College Decision Day rolls around again in the United States and rising college freshmen announce where they’ll be starting their adult lives, many CrossFit Games teen athletes seem to have impressed the college admissions staff around the country.

Everyone who’s done “Murph” can vouch for the tenacious spirit CrossFit instills. For these elite teens that gave up a “regular” high school experience and sold their souls for a trip to Madison, this holds true. Two-time Games athlete and current Marine Corps Officer Candidate Shelby Neal has seen this anecdote turn to reality.

Current high school senior and two-time Games athlete Rylie Krahn developed the same mental fortitude as Neal during her competitive years but fell out of love with CrossFit halfway through her third Open.

However, Krahn’s departure from her CrossFit home of Snake River CrossFit made way for her new favorite sport: track and field. Krahn joined her high school’s track team midway through the season, where she found rapid success and quickly amassed the attention of college scouts. Less than a year later, with only six meets under her belt, Krahn secured a place on Northwest Nazarene University’s track and field team.

Not only are college recruiters picking up on the grit that CrossFit instills in it’s youngest athletes and how it benefits them, but also how the physical foundations it provides can build great competitors in specialized sports.

Thomas Gallant, 2015 Games athlete, can attest to this strong base that CrossFit has given him in his baseball career. Though Gallant had played baseball practically since he could walk, he found himself needing some extra strength when the sport became a more serious endeavor in high school.

Even if the benefits of CrossFit plainly presented themselves to each of these three athletes, the rigor of being at the top of their age categories took a toll on them.

Neal revealed that she often struggled with keeping a positive outlook during her years competing at the Games.

While not every teen that competes at the Games will go on to be the next Haley Adams, there is no doubt that the moxie, iron will, and strength that CrossFit cultivates is helping them in whatever path they plan to pursue.