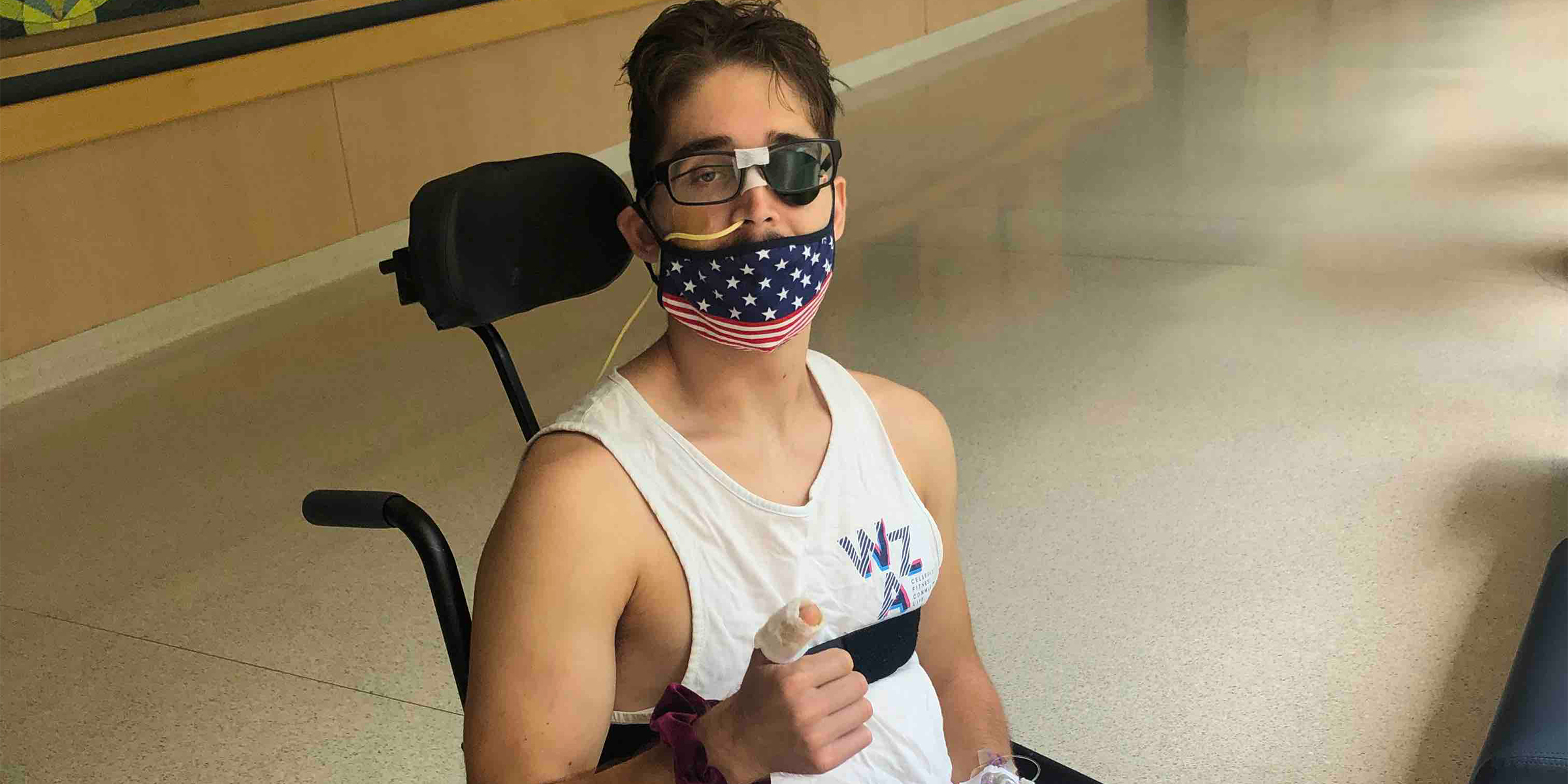 After nearly two and a half months, Dylan Kade is finally home and on the road to recovery. The three-time CrossFit Games teen athlete was released from C.S. Motts Children’s Hospital on August 25 after being diagnosed with and treated for Jamestown Canyon Encephalitis. He quickly progressed from being on a ventilator fighting for his life to standing and walking on his own since the diagnosis.

The diagnosis: Jamestown Canyon Encephalitis is a rare virus that is spread through mosquito bites with symptoms comparable to the common cold. In the case of the 19-year-old Kade, the virus attacked his brain and spinal cord causing severe inflammation. The seriousness of his case stumped medical professionals as it was just the fourth recorded case of this magnitude in his home state of Michigan. The virus crippled Kade and left him severely hampered and cognitively impaired. Unable to eat and move he was later put on a ventilator to help him breath as he went in and out of consciousness.

The recovery: Since being diagnosed, doctors were able to treat Kade and he immediately responded to those treatments. He lost over 55 pounds after not eating solid foods and moving for nearly a month. His recovery process started with learning to breath on his own, talking and basic movements. After relearning how to do those basic tasks, he started four weeks of physical therapy where he was able to do a full depth squat, learned to walk with crutches and a strict muscle up. Doctor’s attributed his fast recovery due to his physical fitness through CrossFit.

The future: Kade will continue his physical therapy through outpatient rehab at home as he builds up his strength. With plans of training to become a firefighter, to make a return to the CrossFit Games as an individual competitor, Kade has his work cut out, but after this ordeal, he’s ready to take on any adversity.

How to help: With Kade’s father suffering from Alzheimer’s and his mother the sole source of income for the family, friends of the Kade family have started a GoFundMe page to help raise money for the expensive treatment and recovery. To date, the page has raised over $90,000 with a goal of $200,000.

May 29 by Emily Beers
More Community