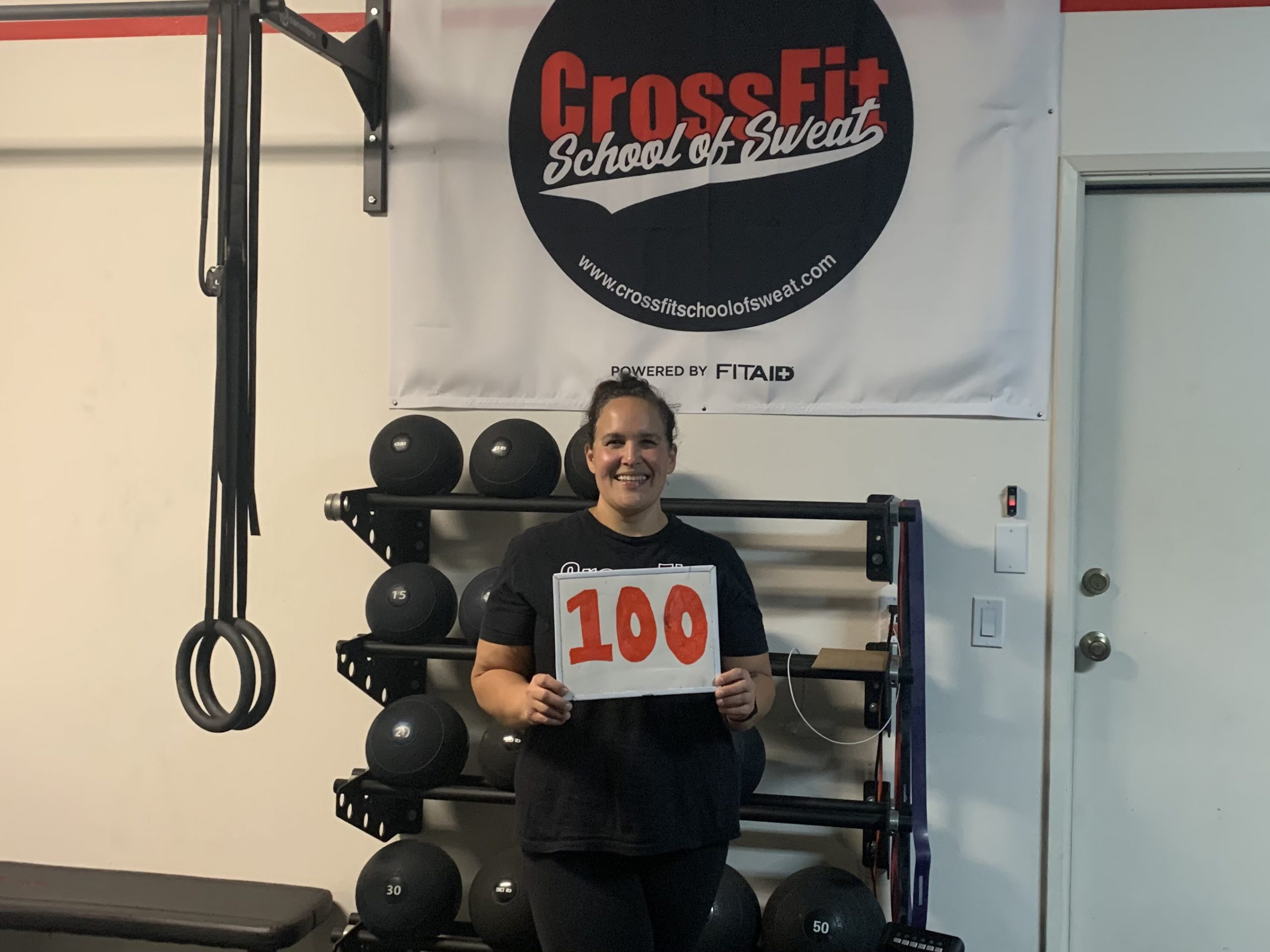 Two years ago, Anjanette Bargas was just one step away from bariatric surgery. She had taken all the required classes and had met with the surgeon. “I was literally waiting for them to call me with a surgery date,” said Bargas, now 40. At the time, Bargas, who weighed 315 pounds at 5-foot-6 and suffered from constant anxiety, didn’t think there was another way to lose the weight. But while she was waiting for her surgery date, she started walking and managed to lose 20 pounds on her own. That’s when she started having second thoughts.

Finding CrossFit: After five months of walking on her own, Bargas decided it was time to step up her fitness game. Though terrified and intimidated, she mustered the courage to walk through the doors of CrossFit School of Sweat in Temescal Valley, CA. This week, after nearly two years of training five days a week at CrossFit School of Sweat, Bargas hit her 100 pounds weight loss goal.

Two big things: Before CrossFit, Bargas had tried everything to lose weight, from the latest fad diets to weight loss pills, but “nothing ever stuck,” she said. This time, she has been able to stick with it for two big reasons.

The big picture: Bargas’ overarching message to anyone looking to make lifestyle changes is to focus on turning actions into habits. Once you do this, it no longer takes willpower to eat well and workout, she explained.

For Bargas today, this means she actually prefers to eat healthy 90 percent of the time. And she no longer has to muster the willpower to workout.