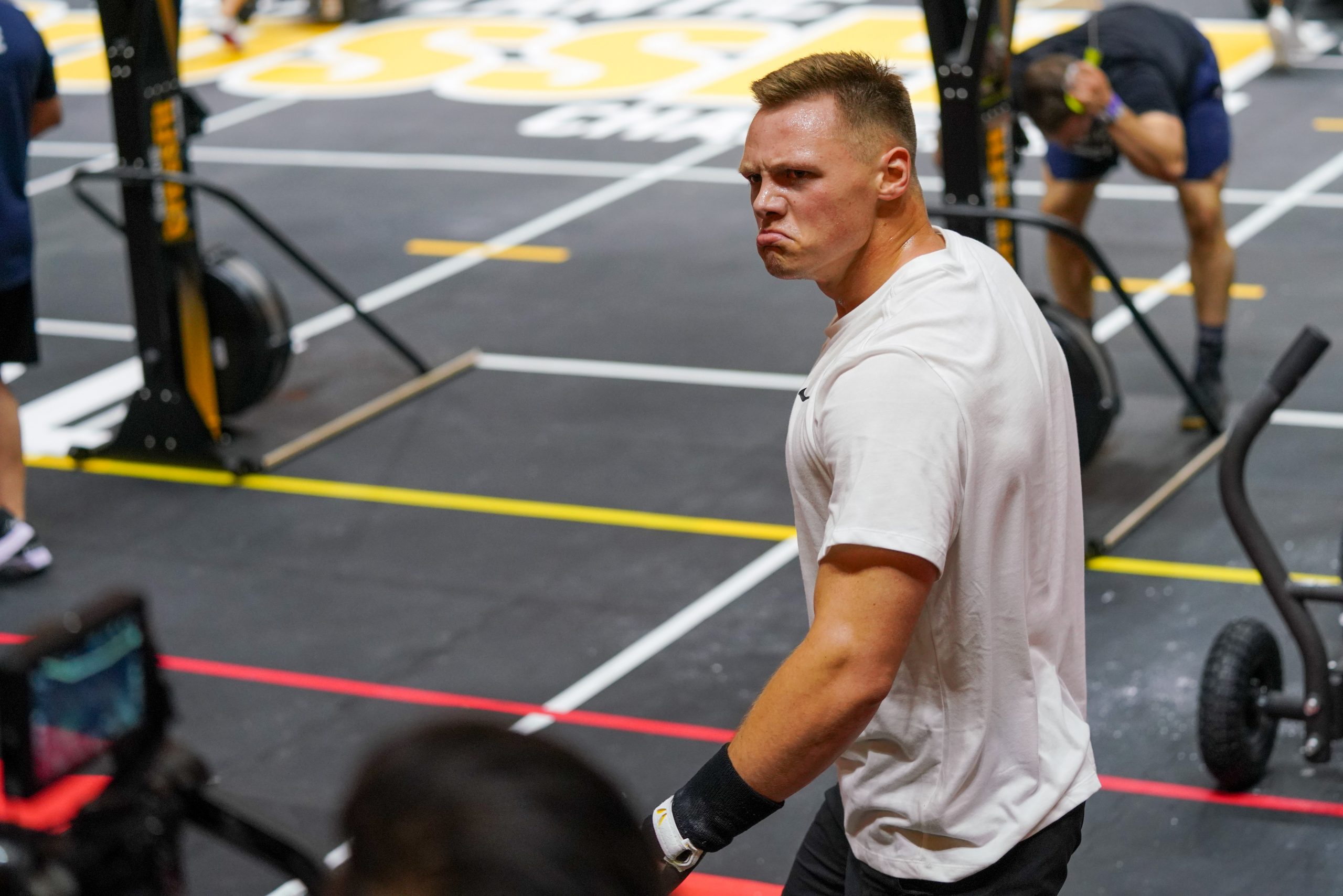 It was a full day of non-stop action during Day 1 of the Mid-Atlantic CrossFit Challenge on Friday. The NOBULL CrossFit Games Semifinal delivered the excitement one would expect from the star-studded line-up but it was the names that few had tapped that had the Thompson-Boling Arena in Knoxville, TN buzzing.

Reigning, defending four-time “Fittest Woman on Earth” Tia-Clair Toomey stands atop the leaderboard after Day 1, but her excitement nearly cost her in the opening event of the competition. After Christine Kolenbrander hit her final lift of 210 lbs in “8-Mile,” a one-rep max snatch event, Toomey tried to match her to secure a tie for the event win. Toomey missed on both of her attempts and her last completed lift of 200 lbs would drop her to third. However she redeemed herself in the next event “Need For Speed II” winning the chipper in 9:04, nearly :34 seconds better than the runner-up Haley Adams. Toomey has a 16 point lead over Kolenbrander heading into Day 2.

Ladies and gentlemen get used to hearing the name Jayson Hopper. The 23-year old former Clemson University football player made his presence known in his first official sanctioned CrossFit competition. He was one of seven athletes who hit 300 pounds in the snatch, tying for second place with his big lift. He then weathered the storm of event 2, getting stronger every round, eventually catching then passing Justin Medeiros for an empathic event win. That win puts him atop the leaderboard.

Teams got the chance to showcase their best athletes in two separate lifts in Event 1. A callback to the strength event at the MACC in 2019, teams were required to put forth one male and one female to hit a max snatch and one male and one female to hit a max clean and jerk. In event 2 teams finished out their first day on the floor with a classic CrossFit team event, featuring all three C2 machines and the worm. Teams performed 30 calories on the C2 rower, bike, and ski erg followed by nine worm clean and jerks. Teams once again would perform 30 calories on each machine, followed by 15 clean and jerks, and then closed out the workout with 30 more calories on each machine and 21 worm clean and jerks.

On tap for day 2: Saturday’s action starts at 9am EST as both the teams and individual divisions each set to take on two events.