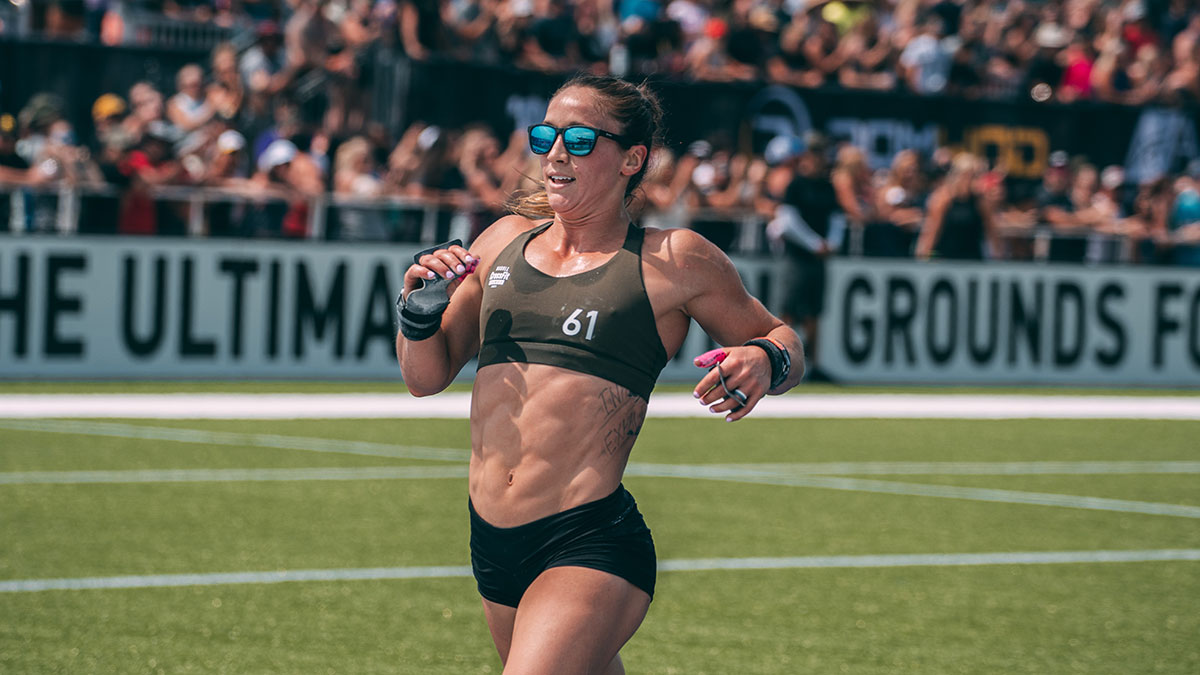 The individual athletes headed to the field on Saturday morning to kick off Event 10 of the 2021 NOBULL CrossFit Games, a simple but difficult combination of toes to bar and 1.5-mile runs. These competitors wasted no time, completing their first set of 30 toes to bar unbroken before setting a blistering pace on the runs.

One big thing: All of the athletes are capable of completing the 1.5-mile runs considering that they complete Murph every single year. However, they pushed the pace between the sets of 30 toes to bar while fighting for any possible advantage. The top four in each division, in particular, showcased their abilities before racing to the finish line.

(Note: CrossFit did not provide split times for the runs, so we used an average time on the toes to bar reps — 41 seconds for the women and 45 seconds for the men — based on footage of the event.)

Samantha Briggs jumped out to an early lead on the opening run, passing Kristin Holte and building up a significant advantage. According to the calculations by the Morning Chalk Up, the Engine From England averaged a 6:31.38 pace during both of her runs en route to a fourth-place finish.

Emily Rolfe, the winner of the event, took the lead late and beat O’Connell with a total time of 21:2.73. She averaged a pace of roughly 6:23.22 per mile en route to her first victory of the weekend.

Cole Sager jumped into the top 20 and avoided cuts with a fourth-place finish in Event 10. The former college football player pushed the pace on the final rounds while trying to finish ahead of Chandler Smith and other bubble athletes. Sager maintained a steady pace during the runs, averaging 6:28.392 on the miles. He then sprinted to the finish to post a time of 21:28.18 and lock up enough points to remain alive in the competition.

Lazar Dukic took the lead in Event 10, passing Brown on the final set of toes to bar. He stumbled and fell after coming off the bar for the final time but jumped back up and raced to the finish line to post a time of 21:10.18. Dukic averaged a time of 6:18.39 on his miles to lock up the win and move back into the top 10.
Bottom line: There were no exact split times provided to the media after Event 10, so it is only possible to estimate exactly how fast each athlete moved through their 1.5-mile runs. What’s really important is that the CrossFit Games competitors continued to reinforce why they belong on the biggest stage and fighting for the title of the Fittest on Earth.