Scott Panchik: “Retired,” Yet Still in the CrossFit Games Hunt 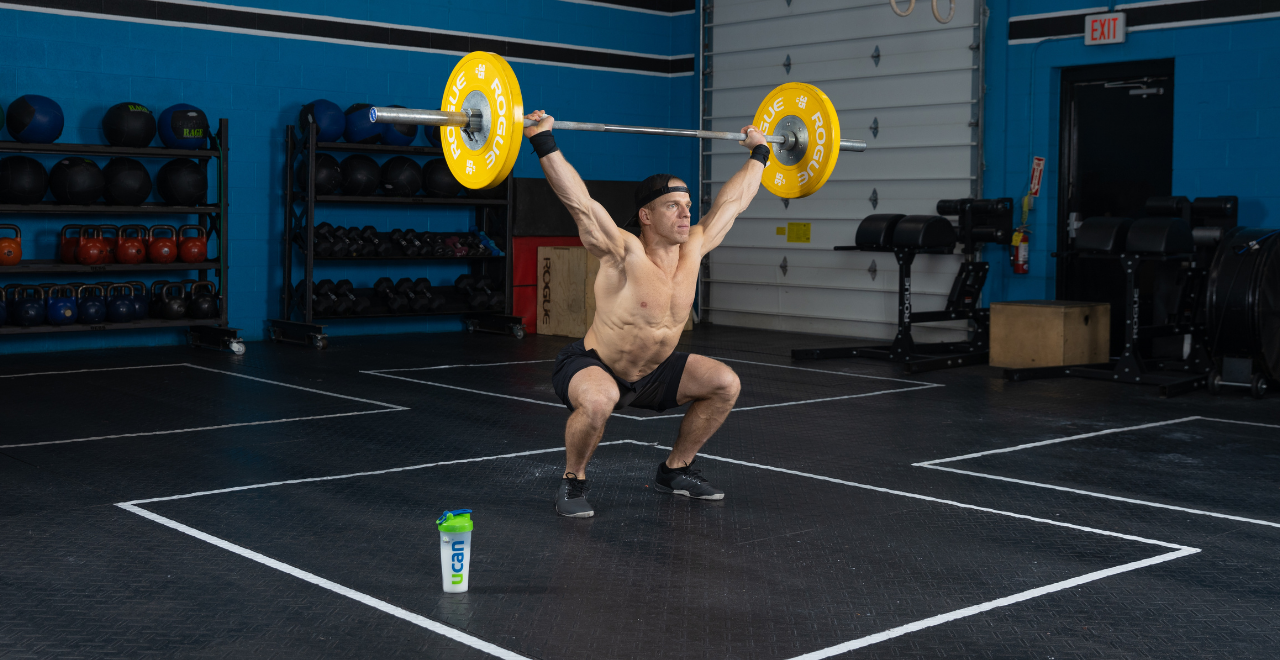 Ten months ago, nine-time CrossFit Games athlete Scott Panchik publicly announced his retirement, saying it was time to spend more time with his family and less time on his fitness.

At the time, he had no intention of competing this season, and didn’t even plan to participate in the Open or Quarterfinals, calling it a “slippery slope,” as he might accidentally qualify to Semifinals and find himself back in when he was trying to get out.

Fast forward to January, and all of a sudden there was Panchik on the Wodapalooza roster, leaving the community to wonder how committed he really was to his so-called retirement.

But Panchik was adamant, this didn’t mean he was back in. Wodapalooza was merely a chance to bond with his brothers, Saxon and Spencer, he told us in Miami, FL. Wodapalooza was simply “an opportunity to play a play-off game.”

“Professional athletes, if they could go play in one game or two games and not feel like they have to beat on their body all season long, I think they would,” Panchik explained of how he approached Wodapalooza.

Three months later, though, we can arguably call his bluff, as Panchik is on the Semifinals roster and about to throw his name in the hat at this weekend’s Syndicate Crown in Knoxville, TN.

A big part of what led Panchik to today, in a place where the CrossFit Games is back on the table, is because of the experience he had last summer.

“At the (2021) CrossFit Games, I said it was going to be my final ride. And when I made that decision, I was going through a knee injury and knew I was about to buckle up and go into a very difficult weekend,” he began.

“And what was very surprising was throughout that weekend the amount of joy I found in competing, and just being in the moment and taking it event by event. There was something special about it. It set something free inside of me, where I was having more fun than I had ever had before,” he continued.

“At the (2021) CrossFit Games, I said it was going to be my final ride. And when I made that decision, I was going through a knee injury and knew I was about to buckle up and go into a very difficult weekend.”

Still, after that experience, Panchik tied a bow on his competitive career and headed home to have knee surgery on his meniscus.

But soon, he found himself looking for something to work toward to motivate himself to come back from his injury.

“When I had surgery, it’s very easy to lay on the couch and not workout and your routine starts to change a bit,” he said.

Soon, he found himself feeling complacent when it came to nutrition, sleep and training.

“But when you have something to (work toward), you start to prioritize things a bit more,” he said.

So Panchik, who has had three reconstructive knee surgeries in the past as a college football player, started training a little bit harder again and felt pretty good.

Enter Wodapalooza: Just one week before the competition in Miami, Panchik contacted the organizers to see if he still had a spot, mostly because he wanted to “make some memories with my brothers,” he said. “That was probably the first competition where I was maybe not in peak competition shape.”

But it didn’t matter, as, once again, he found himself having more fun than ever.

“It was just really a lot of fun. I just really enjoyed the moments of being on the floor, and at this point in my life I don’t take any competition, or any moment like that for granted, because it might very well be my last one,” he said.

A Turning Point for the Panchik Brothers

Panchik is the first to admit the rivalry and competitiveness between him and his twin brothers, who are nine years younger than him. As a result, in Panchik’s early CrossFit days, his brothers were but children.

“There was very much this dynamic when they went from boys to men. I still remember when Saxon beat me for the first time in a workout and I was like, ‘There’s no way you did all of your reps.’ I think I just had a hard time accepting he crushed the workout. And he was like, ‘I beat you,’” Panchik said, laughing.

He added: “At a certain point, it can get a little unhealthy having three elite men that can throw with each other that are constantly trying to one up one another. So we did part ways at a time, where they went and opened their gym and life got busy on both sides.”

Wodapalooza in January, though, brought the brothers back together, not just physically but emotionally.

“It kind of just brought back all these good feelings and memories of when they were little kids,” Panchik said.

“It made it exciting and fun, but it didn’t feel like we were competing. It felt like we were just enjoying one another more so, and there was nobody trying to prove alpha status over the other, but more like, ‘Hey, how can we just get better together at the gym?’”

The Decision to Compete in the Open

When the 2022 Open came around, Panchik found himself in a weird place, where he was telling all his clients all the reasons they should do the Open, yet he wasn’t planning on doing it himself.

“I was like, ‘I’m still feeling pretty good. And I am feeling healthy, and I feel like I have a good relationship with the amount of fitness I’m doing, so let’s just see how quarterfinals goes.”

Three weeks later, Panchik found himself 50th overall on the worldwide leaderboard, and a few weeks after that he finished fifth in North America in Quarterfinals, with his brothers Saxon and Spencer close behind in sixth and 11th overall respectively.

“I was very surprised that I was still hanging with a lot of the (top) athletes,” he said of the Open. “I was like, ‘I’m still feeling pretty good. And I am feeling healthy, and I feel like I have a good relationship with the amount of fitness I’m doing, so let’s just see how quarterfinals goes.”

So here he is today, just days away from throwing down at the Syndicate Crown Semifinals with a legitimate chance to qualify to the Games for the 10th time.

Unlike the past when Panchik woke up and went to the gym, this year mornings have been spent eating breakfast with his family—usually three-and-a-half egg whites with spinach, oatmeal, fruit and salt water with lemon—and then working on his business, both on his affiliate CrossFit Mentality in Mentor, OH, and on a new gym management app he has been developing.

Then he heads to the gym and take two scoops of UCAN’s energy powder in a shake—a low-sugar carbohydrate powder that provides energy without spiking blood sugar levels—before training for two, maximum three hours. “I’ll use UCAN for the rest of my life – it’s a game changer for me. It’s something every athlete should know about.” Panchik says.

Halfway through his workout, he takes UCAN Energy Gel, which he says allows him to get through high intensity, high volume sessions. “That’s my me time. That helps me decompress and also energizes me to coach classes and run my affiliate,” Panchik explained of how he has approached training this year.

“It’s how I handle that balled up energy. Sometimes I feel like a dog that needs to go out for that walk. And that walk is something that makes me breathe heavily and get uncomfortable. And that allows me to have peace of mind and be more productive and it energizes me to coach and to eat healthy.”

After training, Panchik takes UCAN’s Energy + Protein in a shake and then goes home for lunch, which is usually rice or potatoes with greens and a protein source like beef or chicken. Then it’s back to the gym to coach his evening classes and take care of any other gym ownership duties.

After coaching, Panchik heads home for the evening, usually has red meat or fish with a starch and salad for dinner (except once a week when he eats pizza) and winds down for the evening with his family, often finishing off with bowl of oatmeal with almond butter, honey and fruit for a bedtime snack.

After a decade in the sport, Panchik has to be considered a top contender to qualify to the Games this summer, but he insists that it’s “honestly not even on my mind.”

And the fact that he isn’t dead set on the CrossFit Games, he said, is the reason he’s still competing this season, as it has given him freedom and peace.

Prior to this year, Panchik always fell into the “need to be better, need to be better” mindset, and “it was exhausting,” he said. “And I don’t even think that if I would have won the Game it wasn’t going to be enough. I was trying to fulfill something that I don’t think was going to happen even if I won the Games.”

“And every year I came home from the CrossFit Games, I was like, ‘Alright, what do I need to do for next year’s CrossFit Games?’ I was thinking immediately about the Games.”

Letting go of this mindset in recent months made him realize it was never really about the CrossFit Games.

“The journey itself is what I have always been in love with, not so much the outcome. I truly enjoy the journey. The figuring it out. All the moments, and the little things that happen along the way are very special to me,” he said. “And when I look back and I tell stories that I tell the most are not necessarily the ones of me on the competition floor doing something cool.”

He added: “And it has been refreshing that that’s not my (number one) concern. It’s really a lot lower on the list in things that I have going on in my life. It’s still on the list. It’s just a lot lower than it has been in the past and it’s freeing. It has taken a lot of stress out of my life and given me a lot of peace.”

That being said, if history predicts the future, then there’s a good chance we might see Panchik on the floor this summer in Madison.

Regardless of what happens this weekend, however, Scott Panchik isn’t going anywhere. 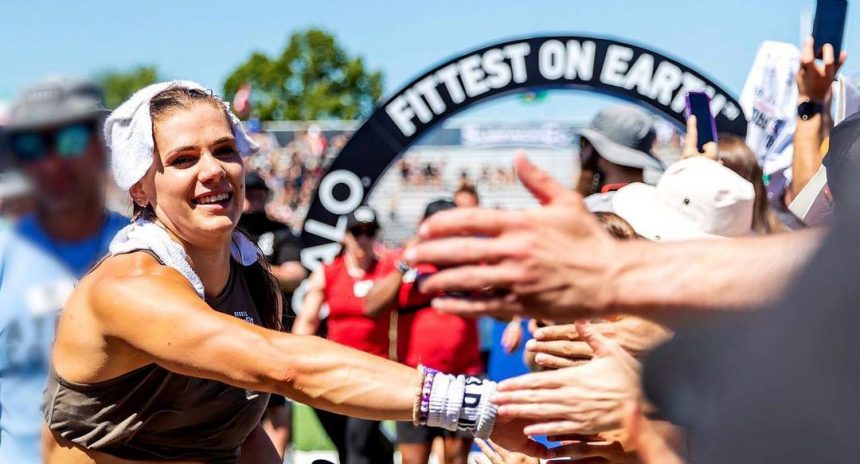