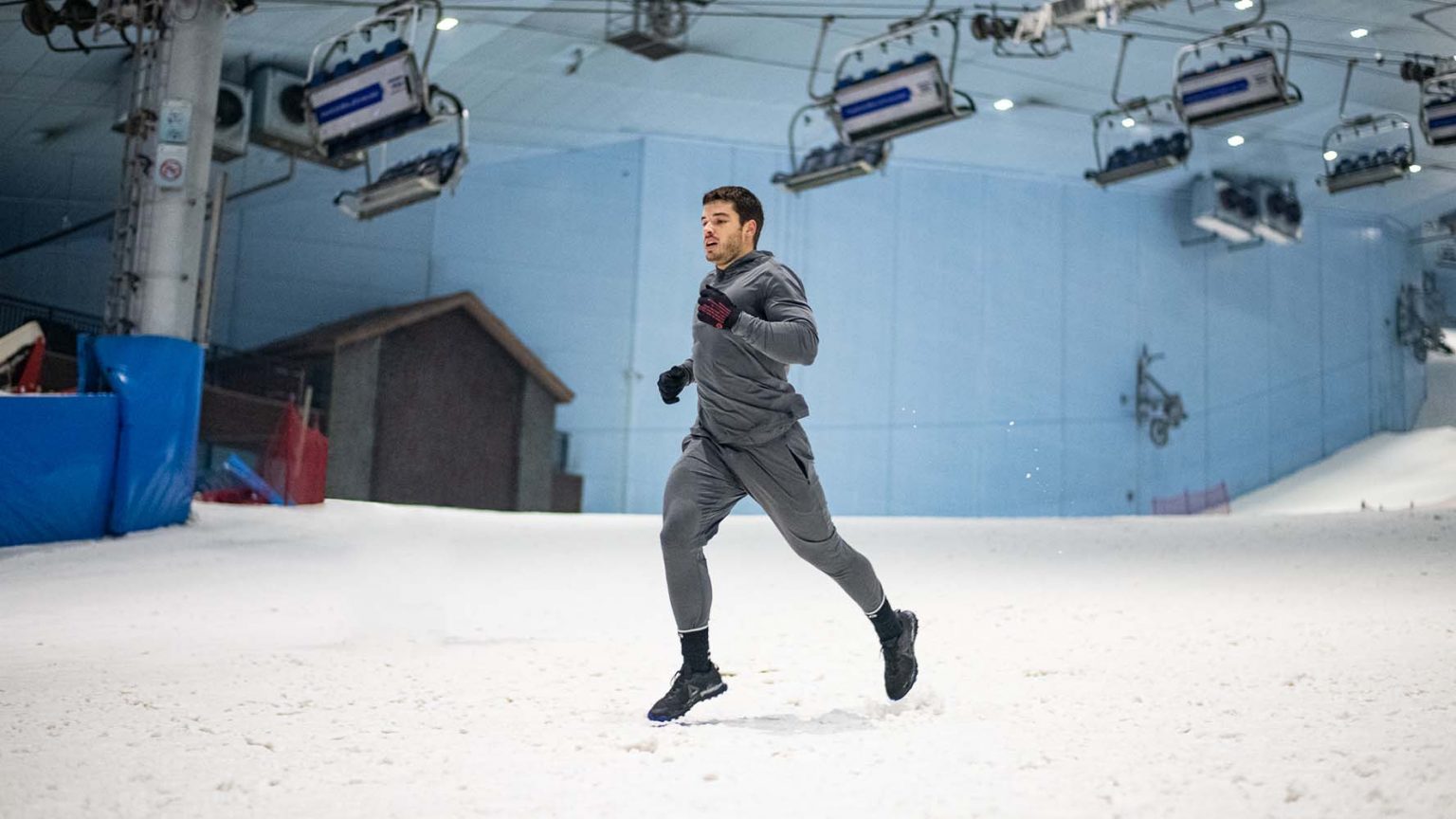 This year’s Dubai CrossFit Championship became the first major event in the history of the sport to feature snow as part of the competition. Jeffrey Adler, a 27-year-old Canadian athlete who finished 5th overall at the Games in 2020, was kind enough to let us take a peek inside his data.

The first event at the Dubai CrossFit Championship, called “Stay Frosty,” took place inside the city’s 25-story indoor ski resort. It consisted of 500 meters on a ski erg, plus a 400-meter run up and down the snow-covered mountain.

Stay Frosty began just before 8 am local time on Thursday, December 16. Jeffrey Adler awoke that morning with a 78% recovery, which was quite impressive considering he’d gone a night without sleep only two days earlier while traveling from Montreal to Dubai (and jumping ahead 9 time zones).

Adler completed the first event in 15:37, good for 7th place. He logged a strain of 12.3 during the activity, with his heart rate peaking at 190 beats per minute just as he crossed the finish line.

Less than an hour later the athletes then competed in Event 1B, a 700-meter run up the ski slope (again in the snow) while wearing a 20-pound vest. Adler’s time of 3:33 was 5th-best overall, and his HR got as high as 195 bpm during the run.

In total, Adler posted a day strain of 14.7 on the first day of competition.

The venue switched to the Dubai Tennis Stadium for Day 2, which proved to be Adler’s best of the weekend. A great night’s sleep (8:42, more than enough to meet his sleep need) led to a solid 64% recovery. Adler also got in a rejuvenating 31-minute nap that afternoon prior to the evening’s events.

In Lift-Off (2 clean and jerks of the athlete’s choice) Adler put up 165 and 155 kg, which landed him 3rd. He then followed that up with another 3rd-place finish in Event 3. In the day’s final event, which featured a bike erg, handstand walk, and overhead squats, Adler came in 4th.

His heart rate reached a max 189 bpm on Friday (slightly lower than the previous day in the snow), and his overall day strain was 17.7.

GETTING BACK IN THE GREEN

By Day 3 the strain and intensity of the competition began to take its toll on Adler’s body, and his recovery dipped to 21%. His heart rate variability, which had been 111 ms on Thursday was down to 58, and his resting heart rate rose from 54 bpm to 62. However, Adler still managed to post top-5 performances in two of the remaining events that day to finish the Dubai Championship in 4th place.

The following day Adler’s recovery was once again 21%, but with some time to rest (only 5.9 total strain Sunday) he was back in the green (71%) the next morning.