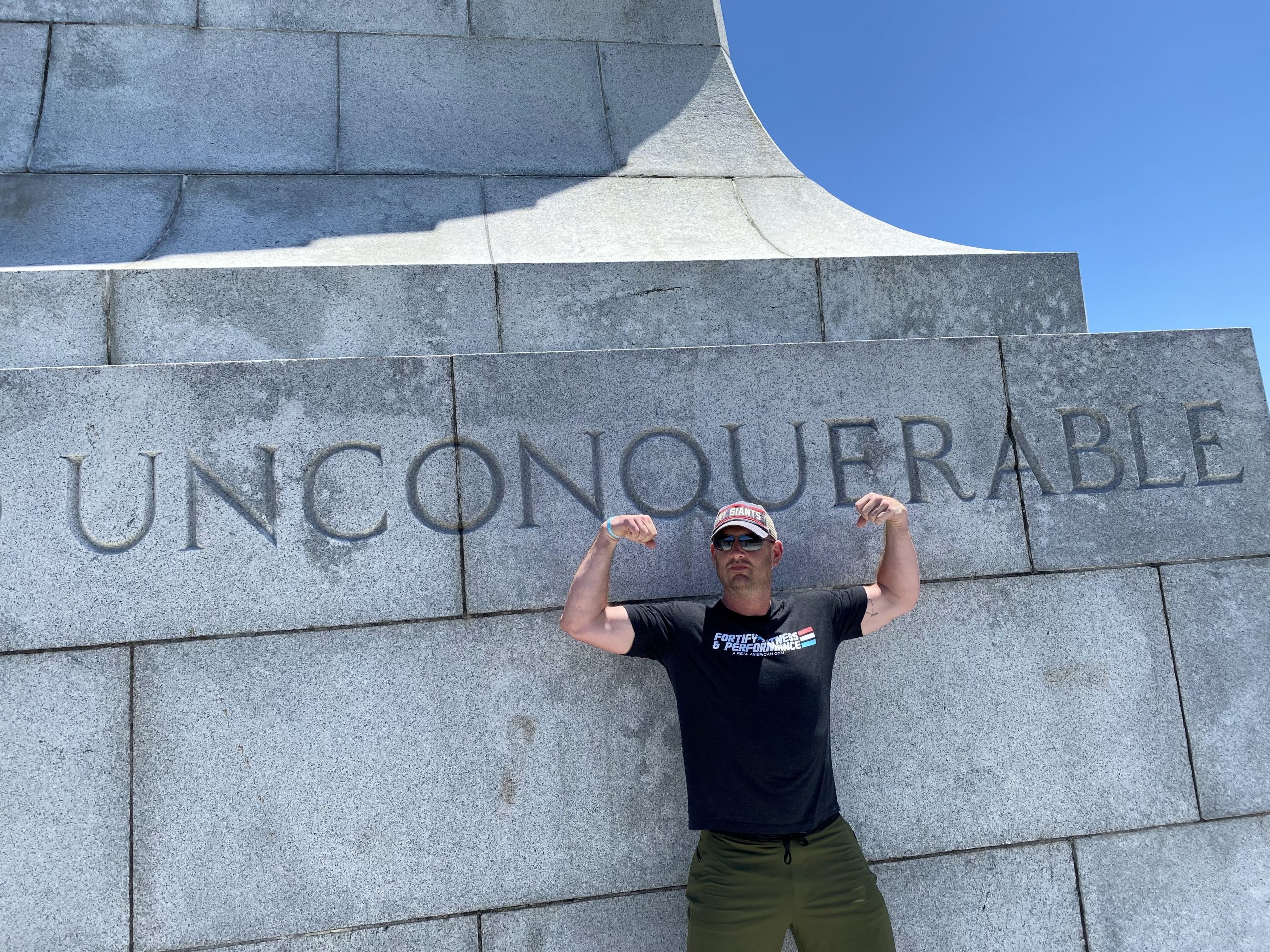 As I lay writhing on the floor, shifting from my left side and back to my right, my 46-year-old lungs seemingly on fire thanks to the 10 minutes I spent attacking CrossFit Games Open workout 22.2, I told myself and my coach that I had done my best; there was no way I could better my score of 121 reps.

And I was pleased with my score.

I have been nursing a bad left Achilles ever since the week before The Open started, suffering an injury during a class WOD of 17.1.

I was satisfied. I mean, I’m 46 years old, currently check-in at a change-plate over 240 pounds and have been out of synch Crossfit-wise ever since moving in December for my wife’s career.

So I posted my score on the app, staged and snapped a pic for the gram and added a sticker that said ‘One And Done’ to my post.

As I was driving home, my mind seemingly changed.

And then I saw the video that my fellow nooners put up, the one where Kate added 15 reps on her redo.

And the text from Jessi saying she had beat her score.

So back to the deadlift I went on Monday.

My pacing was decent; probably good. I was through the round of 4 and barely breaking a sweat.

‘Hell yeah,’ I thought to myself in Round 7, ‘I am definitely beating my score!’

And the came Round 8.

And after that Round 9.

And as you know, after that came Round 10 and the wheels, as they say, came off.

I could once again hear each breath, feel each deadlift in my hamstrings, each burpee in my lungs.

As I finished Round 10 I had a minute to go. I needed 12 reps to beat my first attempt!

But my hamstrings and lungs said no. I was singling out deadlifts and feeling defeat.

With 20 seconds left I stopped. I was four reps shy of tying my score and five from beating it.

Was I discouraged? Sure, who wouldn’t be? But I was also happy to know that I was right on Friday. I had given it my all then, and Monday’s effort was just as good.