Dietary Fibre and the Gut Microbiome 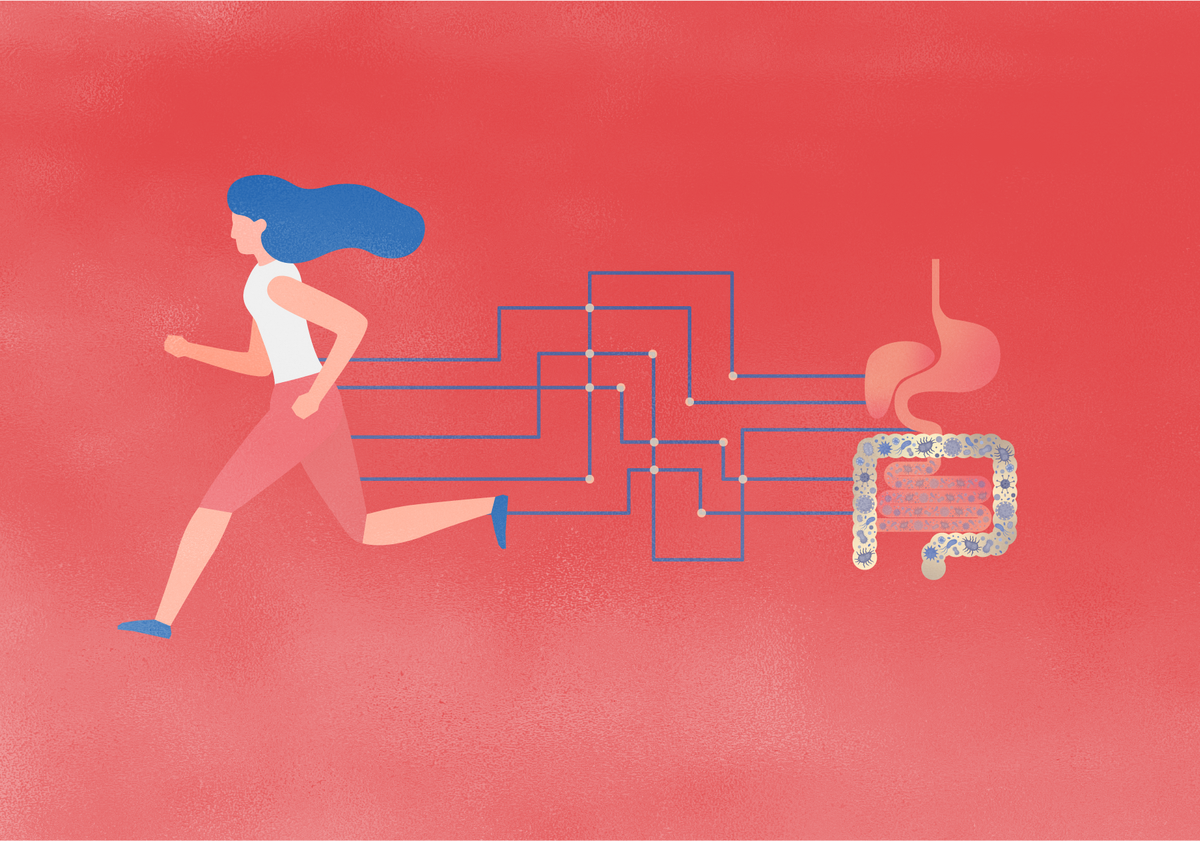 Brief Overview
The benefits of a high fibre diet have been extensively supported by scientific evidence and are
well-recognized in our society. Likely, the most widely known benefit of dietary fibre is its
positive impact on gut motility and prevention or treatment of constipation. Additionally,
dietary fibre intake has been shown to decrease the risk for type 2 diabetes, cardiovascular
disease, and colon cancer by reducing 1) the contact time of carcinogenic compounds within
the intestine and 2) the digestion and absorption of macronutrients. Evidence from the past
decade has revealed that dietary fibre intake may decrease mortality risk and is inversely
related to both respiratory and infectious disease mortality. In recent years, research has
shown that dietary fibre can have a positive impact on the human microbiome, specifically by
feeding the bacteria and altering composition of the intestinal flora. These alterations in
bacteria present in the gut may modify an individual’s metabolism and immunity. Nevertheless,
studies demonstrate that the typical western diet is low in fibre and usually includes only 13-20
grams of fibre per day, while the recommended daily intake ranges from 19-38 grams per day
(varies based on age and sex).

What exactly is dietary fibre?
Dietary fibre is defined as a complex group of non-digestible components of cell walls including
non-starch polysaccharides (i.e., cellulose and pectin), non-carbohydrate-based polymers (e.g.,
lignan), resistant starches as well as carbohydrates classified as animal origin (i.e., chitin).
Dietary fibres are differentiated by their structures and ability to interact with other
compounds. These non-digestible carbohydrates can endure the stomach’s acidity unlike many
dietary constituents and thus, instead of being broken down in the small intestine, are
fermented by the gut microbiota in the colon where various microbes work together until
completing the fermentation process.

What type of fibre is best?
It is important to recognize that not all types of fibre are created equally. There are two types
of fibre: 1) soluble fibre, which dissolves in water to form a gel-like substance that assists in a)
lowering blood cholesterol by decreasing cholesterol synthesis and increasing excretion of
cholesterol in the feces and b) lowering glucose levels by delaying gastric emptying and nutrient
release and c.) serving as a food source for the microbiome itself. Soluble fibre is typically found
in oats, beans, peas, citrus fruits, apples, carrots and barley; 2) insoluble fibre, which increases
fecal bulk by enhancing movement of material through the digestive tract; thus, insoluble fibre
is beneficial for preventing and treating constipation. Foods such as whole-wheat flour, wheat
bran, nuts, beans and vegetables (primarily cauliflower, green beans, potatoes) are good
sources of insoluble fibre. However, insoluble fibres are less beneficial for the gut microbiome
because they contain strong networks of hydrogen bonds which substantially reduces available
surface area necessary for fermentation. Because of this, insoluble fibres require specific
enzymes found only in certain microorganisms for breakdown and utilization.

Fibre Intake & the gut microbiome
The human microbiota hosts trillions of microbes that impact overall human health and disease.
As an individual ages their gut microbiota is impacted by diet, environment as well as multiple
other lifestyle factors including exposures at birth, being bottle fed versus breast fed, living with
a dog, cat or interacting with farm animals. Furthermore, both a healthy and diverse microbial
community plays an important role in metabolism, inflammation, the efficacy of drugs and
maintenance of immune function. However, gut dysbiosis underlies many chronic diseases
emerging in the 21 st century which are associated with chronic inflammation and immune
dysfunction. Because of this, there has been a growing interest in learning how we can improve
our gut flora; one of the primary ways we can maintain a healthy gut microbiome or ‘heal’ a
dysbiosis within the gut is through dietary fibre intake.
Dietary fibre interacts with our gut microbes to produce important microbial metabolites such
as short-chain fatty acids. Short-chain fatty acids are produced through the fermentation
process and provide multiple health benefits such as providing an energy source for
colonocytes (i.e., cells lining the colon), decreasing inflammation and initiating apoptosis (i.e.,
programmed cell death) of colonic cancer cells. In addition, SCFAs have the capacity to
influence lipid, glucose, and cholesterol metabolism. Interestingly, both rodent and human
studies show that SCFAs produced by the gut microbiota may impact gut motility, suppress
appetite as well as improve or maintain insulin sensitivity. Interestingly, research has also found
that insoluble fibres (non-fermentable fibre) which includes whole-grain products, appear to
improve insulin resistance and decrease the risk of type 2 diabetes.

The gut microbiome and the athlete
The gut microbiota has an indirect impact on multiple indicators of exercise performance,
recovery, immunity (patterns of sickness and signalling involved with activation of the
hypothalamic-pituitary adrenal axis) and it affects metabolic pathways associated with athletic
performance. However, research detailing the specific role that exercise/sport plays in the
health and composition of the gut microbiome is still in its infancy. Preliminary research shows
that exercise may play a role in enhancing microbial diversity. For example, cross-sectional
studies examining the gut microbiota among females have revealed that active females had a
greater abundance of health-promoting bacterial species compared to sedentary individuals.
Another study assessing the gut microbiota of professional male rugby players compared to
two control groups (1. healthy, non-athlete subjects with identical sex, age and BMI, and 2.
Lower BMI group, same age and sex) showed that the rugby players had a more diverse gut
microbiota. Further investigation revealed that protein consumption positively correlated with
microbial diversity across all groups, suggesting that a higher protein intake may be linked to
greater microbial diversity. In addition, research investigating differences between pro-cyclists’
and amateur cyclists’ gut microbiota found no significant differences between the species of
bacteria present in the gut, however, the duration of exercise accumulated over a week
positively correlated with higher levels of the genus Prevotella; this bacterial species is most

common in non-Western populations and is associated with plant/fibre-rich diets and is also
positively correlated with multiple amino acid and carbohydrate metabolic pathways.
Overall, current available evidence shows that, compared to control groups (i.e., general
healthy population), athletes may have a larger abundance of functional pathways within the
gut microbiome that can be utilized by the host for health benefits; particularly, the athlete’s
gut microbiome may be more proficient for tissue repair, have a greater capacity to channel
energy from dietary intake, specifically for carbohydrate metabolism and cell structure, when
compared to the general population. Additionally, active individuals’ (i.e., recreational
exercisers) gut microbiota shows a larger population of health-promoting bacterial species and
increased diversity.

Key Points:
- High-fibre diets provide multiple health benefits such as decreased risk for chronic
disease, improved gut motility, decreased mortality risk, healthier microbiome
- Not all types of fibre are created equally; soluble fibre can aid in lowering blood
cholesterol and glucose levels and is beneficial for the gut microbiome; conversely,
insoluble fibre increases fecal bulk and thus can be important for preventing and
treating constipation, however it is less beneficial for the gut microbiome because the
fermentation process is more complex. Thus, it is important to include both types of
fibre in your diet.
- Dietary fibre intake can improve the health and diversity of the human microbiome
- Exercise may play an important role in the health and diversity of the gut microbiota;
preliminary research has shown that elite athletes have a more diverse microbiome
while also displaying increases in metabolic pathways related to enhanced fitness and
health when compared to the general population