Training and Nutrition Modifications for the Female Athlete 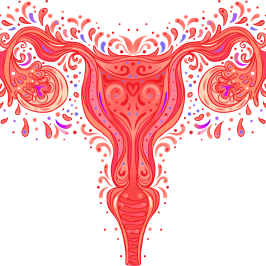 Despite the increase rise in women participating in sport and the need to know more about the impact of the female physiology on performance, research on female athletes falls far short of that performed on male athletes.

Of all the papers in the top three sports science publications, only 4% was performed exclusively on women for a one-year period. The complexity of the menstrual cycle are considered major barriers for the inclusion of women in research, so they are either combined with men, excluded, or tested only in the early follicular phase of the menstrual cycle.

This creates a massive gap in knowledge around the impact of the sex hormones on athletic performance. Because of this, women have historically trained in the same way male athletes. The appropriateness of this method is not fully understood.

While research in this area is expanding, there have been only a few quality studies performed and there is a lack of consensus on whether exercise performance is affected by menstrual cycle phase or not. Because of this, there are no evidence-based guidelines for managing performance across the menstrual cycle.

A systematic meta-analysis was performed in 2020 by Kelly Lee McNulty and her team. She confirmed that there is only a trivial effect on performance in the early follicular phase of the menstrual cycle. Because of this, no general guidelines should be formed and instead, the approach should be tailored to and informed by the individual athlete on a case-by-case basis.

While many women complain of cycle related training impacts, many women do not. This limited data should not be treated as a silver bullet to unlocking athletic performance because it is not. To modify training and nutrition in a female athlete who does not experience cycle related issues is to handicap her. As coaches, we must avoid extending and projecting ill-formed systems and bias onto our athletes. As with other areas in nutrition and science, paradigms and systemic approaches inherently limit our ability to serve the people we work with and should be avoided as a rule.