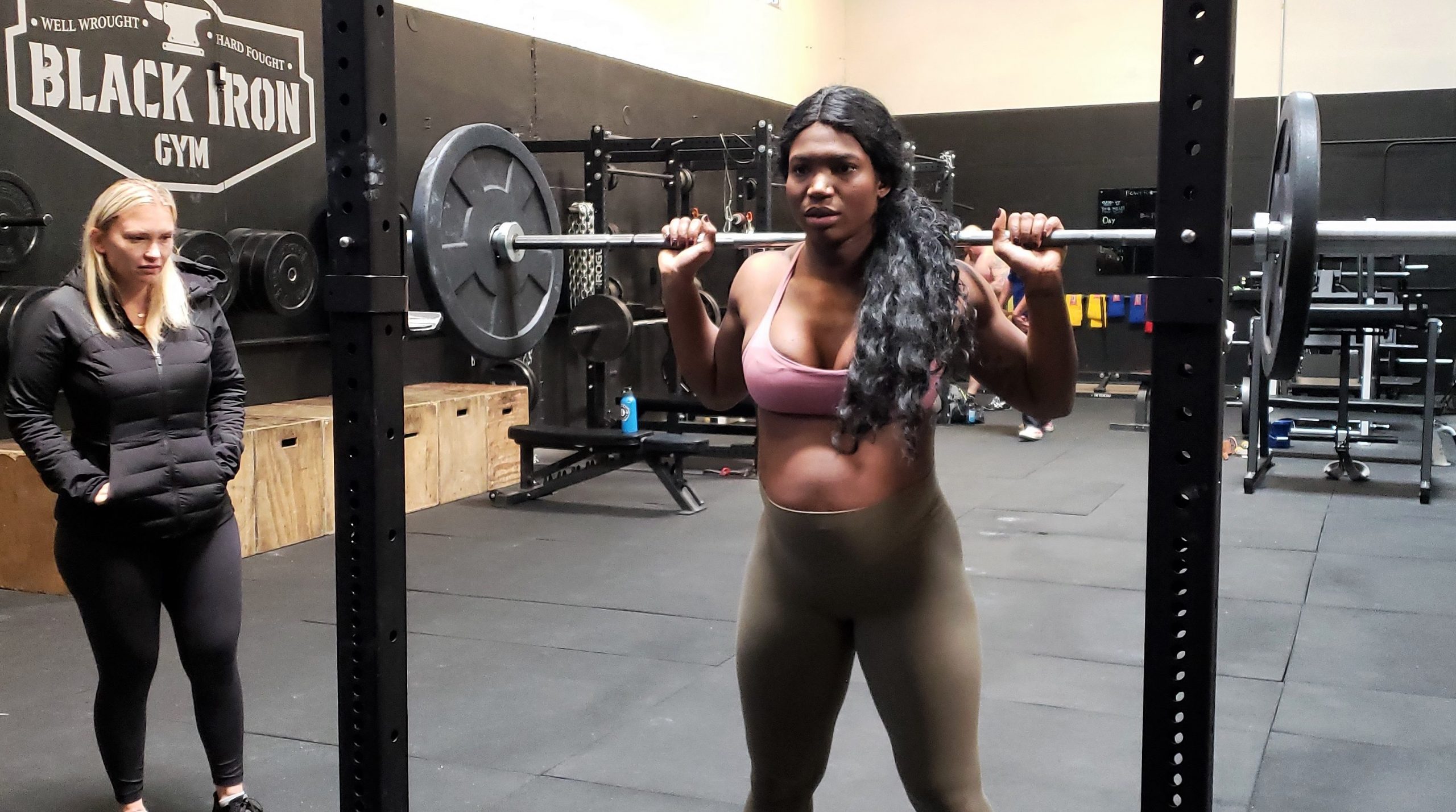 It is not uncommon to see big pregnant bellies in CrossFit gyms everywhere. It is celebrated and encouraged to train during pregnancy. It is finally understood that exercise during pregnancy is good and safe for both mom and baby. Pregnant athletes do not need to be convinced to keep up their training, but they do need more guidance beyond “do what you’ve always done,” “listen to your body” or “don’t do abs, because of diastasis!”

Let’s talk about that last one…

Diastasis recti is the separation of the rectus abdominals at the midline, it occurs in all pregnancies, and is part of the physiological process of growing a baby. It is an adaptation that must occur during pregnancy, but there is a lot of fear and misunderstanding around it.

There is no preventing diastasis recti, at best, we can potentially manage the severity by not adding more stress and demand on the midline connective tissue via exercise, postural and pressure tendencies.

During pregnancy, the connective tissue spreads to accommodate the growth of the abdominal wall. Postpartum, it’s normal for it to take time for that fascia to gain density as the core system heals through rehab and gradual exercise progression.

When it comes to managing your diastasis during pregnancy, it’s more than just exercise modifications, or avoidance of ab work- this is what is typically suggested in most CrossFit gyms and by coaches in general,

Remember, a diastasis is a normal occurrence in pregnancy. Awareness of its presence is great, paranoia about it is not. We have to find the messy middle of acknowledging there will be a diastasis and not exasperating it with exercise and tendencies that create additional, repetitive stress to the midline.

Let’s look at two common Crossfit exercises I see women do during pregnancy that add a lot of forward pressure to the midline. 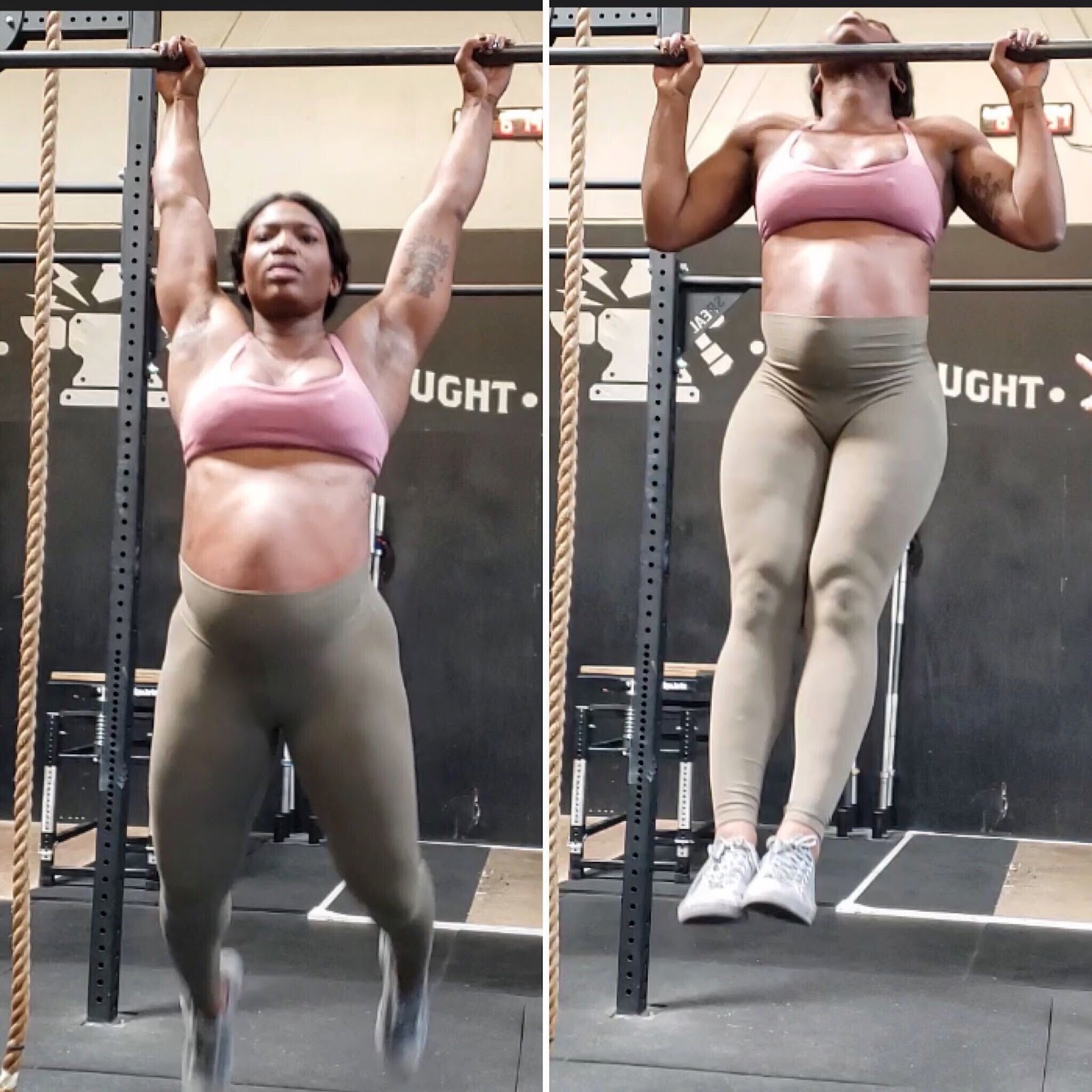 Pull ups, for example, are not considered an ab exercise, but they place a lot of forward pressure on the midline of the abdomen, which can cause coning.

Coning is feedback about pressure distribution- it’s not necessarily a problem unless it’s done repetitively - as that can contribute to added stress and thinning of the connective tissue. The rib cage position of pull ups adds to the pressure on the midline, so yes, even strict, or banded pull ups can cause coning.

To modify this exercise an athlete could substitute an Australian (Racked) pull ups or a ring row. This provides a similar stimulus, but different position and stress.  Additionally changing their breathing pattern by exhaling on the pull can reduce the amount of pressure generated on the midline.

This is another example where we often see coning occur- cranking back and leaning into extension isn’t “ab work” but it generates a ton of pressure forward.  We can achieve the same cardiovascular results of rowing, with less demand on the core system by making simple changes.

To modify this exercise an athlete can adjust their range of motion so that their torso is more upright and again and exhaling on the pull. The pull will be shortened, since it will end in an upright “stacked” ribs over hips position. This positional adjustment helps distribute force and pressure throughout the core, instead of jetting forward on the midline by leaning back as typically done.

Our bodies are incredibly adaptable, having a diastasis represents part of our physiological adaptability. While it can be frustrating, overwhelming and feel like something is “wrong,” it’s also a totally normal part of postpartum recovery and bodies in general. Healing a diastasis is about both improved approximation of the left and right sides of the rectus, as well as improving the density of the fascia of the midline.

In the same way we would prioritize (and understand) the rehab + exercise progression/modification process for a knee injury, or after an orthopedic surgery, we must approach healing the core in the same way.

This is why it’s so critical for coaches in CrossFit gyms to have a basic understanding of diastasis recti, exercises, progressions and the basics of what it is and what it means for our female athletes.

While there is no set timeline on how long it takes to improve a diastasis, we know that prioritizing rehab via neuromuscular control (breathing, connection to transverse abs, pelvic floor and gentle movement) should be prioritized during the first 3 months postpartum.

The goal is added coordination and support to the system. Learning to manage pressure on the midline through movements and breath (pressure management)  allows progression of exercises to further challenge the tissue of the midline. In order to heal tissues, they must be appropriately challenged.

Examples of core stability + strength exercises to progress from rehab to functional fitness:

This is a very brief overview of approaching diastasis during pregnancy and postpartum. While it can feel overwhelming for female athletes, as well as the coaches who work to support them, there is a lot that can be done to manage severity during pregnancy, and make improvements postpartum.

Diastasis Recti is an adaptation to pregnancy, and can be improved postpartum through rehab and exercise. Surgical repair is also a consideration for those who have significant thinning of the midline tissue, or desire an aesthetic change.

Whether someone chooses surgery, or not, core rehabilitation and appropriate strength progressions should be standard of care for our postpartum athletes.