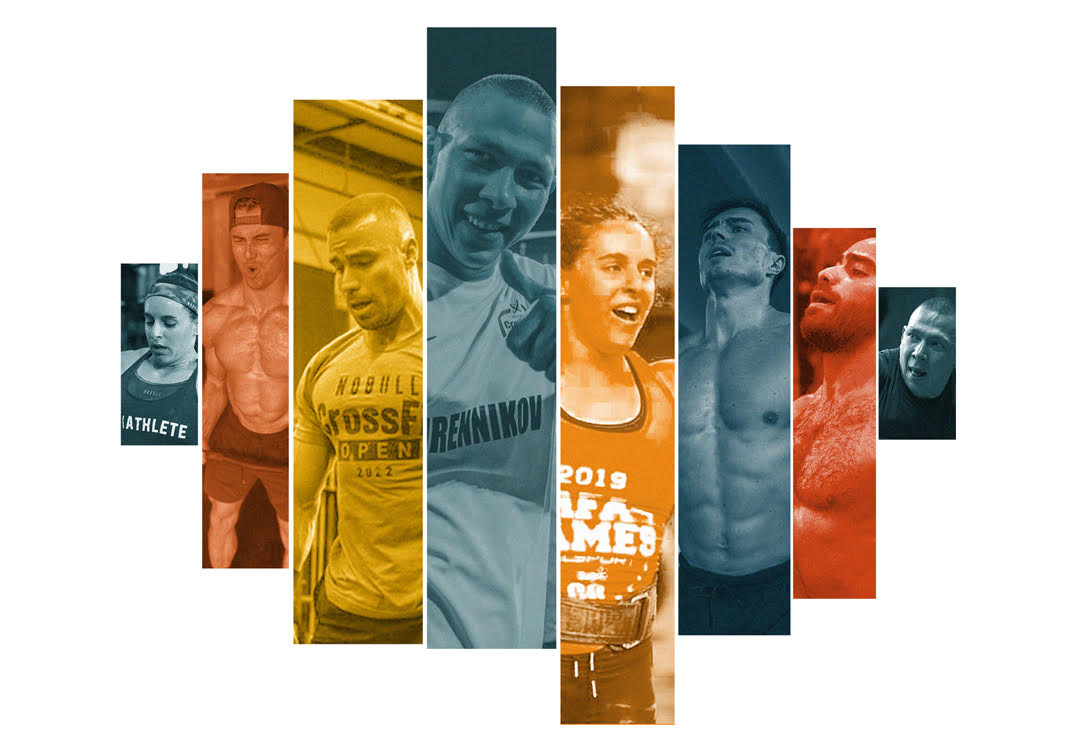 Four athletes find themselves in a Semifinal predicament. All four; Roman Khrennikov, Hamzeh Tarefi, Denis Samsonov and Or Cohen are to compete in the Far East Throwdown in Busan, S-Korea on June 3rd - but getting there and/or getting back from there is easier said than done.

Or is based in Israel but the other three are all based in the US. Out of the group, Roman is the only one who has a realistic chance of attending the event without any major hurdles, but he will be taking a massive chance as there is no guarantee that he will be granted entry back to the US.

Before you read further, please note that all four athletes have been offered the chance to participate in the Last Chance Qualifier - which is appreciated and is definitely better than having to settle for the season being over - but it is not the same thing as competing in a live Semifinal. I struggle to find the words to emphasize that enough.

This should mean that communication and organization within and towards the group of remaining athletes are more manageable. I appreciate that there is a lot of work that takes place and there are plenty of things that need to be untangled at this stage, but I cannot for the life of me understand why it isn’t made as an absolute nr. 1 priority to do everything possible to get every single one of those 600 athletes out on a competition floor - even though a few rules may need to be revised or bent because of special circumstances.

Precedent already exists. Last year, then 4x Champion, Tia Clair Toomey was faced with a difficult situation since traveling back to her native Australia to compete in the Torian Pro Semifinal was all but impossible due to, as I understand it, a lengthy quarantine process that she would have had to undergo. Her situation was evaluated by CrossFit and a pathway to a US-based semifinal was created.

I want to make it perfectly clear that I understand pointing to the rule book and saying that rules are rules when;

However, what I can not understand is if the athletes are faced with a situation beyond their control that prevents them from attending the Semifinal they have been seeded to - why aren’t all avenues explored and exhausted to find a way to get them to a Semifinal that they can attend? It was done for Tia last year and the reason for why I use that example rather than this year's example where a few athletes were moved from the Atlas Games to the Granite Games is because Tia was allowed to switch continents in order to salvage her season.
This leads to an idea that has already been presented to CrossFit and has already been rejected there. The idea is to hand the challenged athletes the chance of proposing a “like for like” swap. Meaning that they are granted the chance to seek out athletes of similar rank who have been seeded to Semifinal that the challenged athletes can attend and offer to swap Semifinals with them.

I struggle to understand why this idea was not entertained as this not only hands CrossFit a chance to solve the problem but it does not carry any of the faults that Tia’s case last year carried;

It is a fair solution and it serves the purpose of using any means necessary to get all qualified athletes out on a competition floor without sacrificing the integrity of each Semifinal.

Even though this idea was rejected - we still did some digging and we did in fact find athletes who were willing to consider making a swap.

Anyone who follows this sport should be well aware of Roman and his fairytalesque journey to stand a chance of actually attending the CrossFit Games.

Roman has made the decision to travel to S-Korea. Tickets have been purchased and arrangements have been made.  However - there are a number of hurdles that can be predicted to await him on the way back to USA. Given how much he has sacrificed to finally get to USA to finally be able to compete in Madison it would be a devastating blow not only to him but to the whole of the sport if he were to not be granted entry back.

Recently a South Korea based athlete who is a US citizen and has been seeded to the Granite Games reached out to Roman to discuss a swap. Any further dialogue about that is yet to take place, but as previously stated the swap idea has already been rejected by CrossFit so any further dialogue would probably not yield any results.  We are also mindful that the power rankings of the two athletes do not match so this would not have worked out anyways from a fairness point of view.

Hamzeh is the multiple Palestinian national champion. He competed at the CrossFit Games 2019 and traveled to USA on a temporary visa in 2020 to train ahead of that year's CrossFit Games. Then the pandemic hit, and travel restrictions meant that he was stuck in USA. He couldn’t travel back to his home even though he would have wanted to and through that whole period he was living in USA month to month with no real certainty about where he would end up.

Now, two years later, Hamzeh is in a situation where his visa extension application is being reviewed. He is allowed to stay in USA while the process is ongoing, but if he leaves the country he cannot return until the application has been processed. There is NO guarantee and furthermore an extremely limited chance that this process will be finalized in time for the CrossFit Games. Therefore for him to travel to Asia for the Far East Throwdown would probably end his season, in the likely event that he would qualify for the Games.

Denis is an athlete who has lived in the United States for the past 16 years and pretty much identifies as one of the locals at this point. He immigrated as kid and due to special circumstances he was granted a DACA visa. Anyone interested in knowing what that entails can Google it, but in a nutshell it provides similar rights what those who are granted asylum in USA have. Denis has a work permit, social security number and pays taxes in the States - however, he cannot under any circumstance travel outside of country. At the very second he steps foot outside of US borders all of his privileges will be revoked and he will not be granted entry back. This obviously means that traveling to S-Korea for the Far East Throwdown is not an option.

One of Denis’s main training partners, Tyler Eggimann, who is confirmed for the MACC Semifinal has already offered to swap competitions with him. Unfortunately, the same scenario persists here as with the other athletes - the concept of enabling the athletes to swap has been rejected - so this is a no go.

Or Cohen - 8th in the Asia Quarter Finals / 379 worldwide

Or is the Israeli national champion and is based in her native country. Her predicament is caused by vaccination protocols. Or had recovered from the virus in the end of January 2022 and as a result she was not aware that she would also need to be specifically vaccinated to travel freely to S-Korea. Once she realized this it was too late to get the vaccination process started. As a result, she will have to quarantine for 7 days upon arrival, confined to a hotel room and not able to train or prepare properly ahead of the competition. This is an unacceptable condition for an athlete with ambitions of challenging for a ticket to the CrossFit Games.

Or communicated this to CrossFit in due time and she even spoke to the South Korean embassy and consulate in Israel to see if there was anything that could be done. She can travel to either of the European Semifinals as well as to the Cape Town Semi Final without any restrictions and given those options it can be predicted that she can find a similarly ranked, vaccinated athlete from one of those three Semifinals that will be willing to swap competitions with her.

We have seen recent cases where vaccination was allegedly the reason for certain athletes not being able to compete in the Atlas Games. Their cases were assessed and they ended up being moved to a Semifinal they could attend so it does feel a little bit like she deserves to be handed a chance too.

The point of this post is primarily to share information and to try my best to give a truthful account of the situation these four athletes find themselves in.

I'm not really expecting anything to change, at least not this season. I just can't sit idly by and do nothing when I believe there is a realistic opportunity to meet these athletes mid-way and offer them a fair chance to salvage their Semifinals.