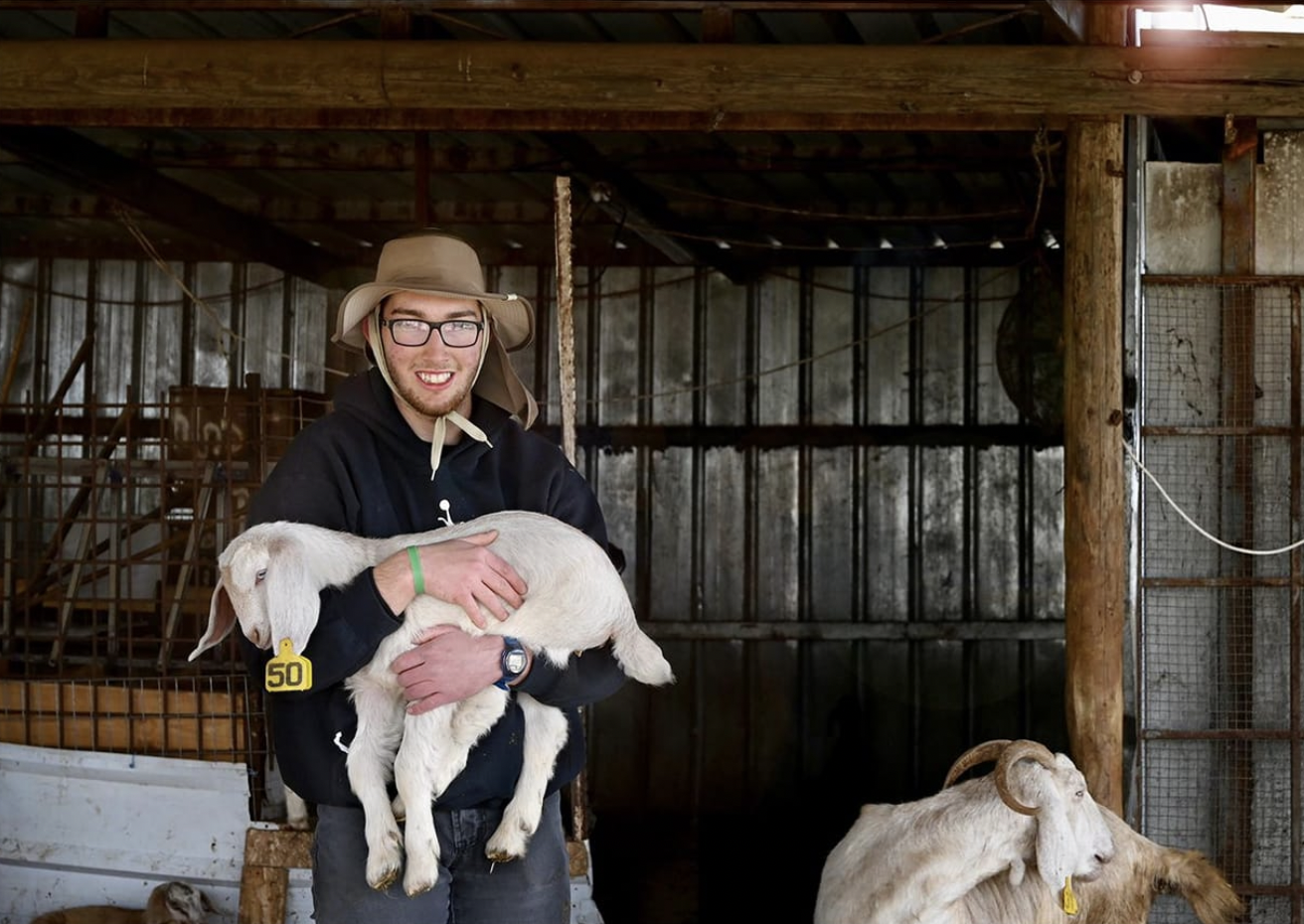 Located in Efrat, Israel is CrossFit Gush. Here, Shara Gilbert works as a CrossFit level 1 coach and Adaptive and Inclusive Trainer. Shara first found CrossFit when she was training to run a marathon on her 42nd birthday. Shara suffered a knee injury during her distance running and her training partner suggested she try CrossFit as rehab. She has been doing CrossFit for 5 years now and described CrossFit as a “whole family” event. Her 20-year-old son, Yosef, who has an ASD diagnosis, has been training CrossFit for 3 years.

Shara described Yosef as having always been active but expressed how he moved stiffly and had deficits in body awareness. Now, he can bring his functional training into daily life: “He is in a part school/part work program. He works with the goats they raise there. He's really good with them. And oftentimes he might need to pick up a goat, especially the baby ones, and hold them for checkups, etc. So, with Crossfit, he's learned [the] proper way to squat where he won't hurt himself when he picks up the animals.”

Aside from the physical benefits Yosef has seen, Shara also described how CrossFit has helped his self-esteem: “At the beginning, he said I can’t do that, and then as he progressed I said see you can do this!” Shara noted. “He has no fear. I struggle with box jumps, and he’ll walk right up and do them” she laughed. One style of CrossFit training that Yosef enjoys, in particular, is TABATAs. In fact, Yosef enjoys TABATAs so much that he taught his friends at school how to do them. He often participates in CrossFit with his friends to stay fit and socialize.

When asked what she would say to a parent thinking of having their adaptive child try CrossFit for the first time, Shara said: “Do it! Start them young and go for it. Some kids are just sitting still because it’s easy. Learning how to move is basic for living. Working out gets you in touch with your body, [...] and it’s a healthy hobby.”

Outside of her affiliate box, Shara also volunteers as a judge at the Ready for Action Games. “It’s basically the CrossFit Games for athletes in Israel,” Shara explained, “my goal is in the next few years to coordinate with them to offer adaptive divisions, similar to the CrossFit Games.” Shara continued, “There could be divisions for ASD and for veterans. Shara shared that during the 2021 CrossFit Games she was “so excited to see all of the adaptive divisions and watch the athletes compete.” Bringing this inclusiveness to Israel’s big competitions is a goal Shara is currently striving for.

Working from The Pack Crossfit (Twin Falls, ID) is Becky Chambers. Becky found CrossFit when she was exercising at the YMCA and saw someone doing Fran. Becky said: "I was watching this person roll around on the floor [after the workout], and I thought, I want to do that.'' Through speaking with the person she found out about CrossFit. 11 years later, Becky is a CrossFit Level 2 instructor and the CEO of The Pack CrossFit. Becky's family does CrossFit, including her 20-year-old daughter, Regan, who has a diagnosis of ASD.

Regan has been training in CrossFit since she was 12-years-old. Becky expressed how she wanted Regan to have better her body awareness (something she had been struggling with) and for her to have an outlet to be physically active. Since starting CrossFit Regan has seen "immense" physical benefits, and coaches often have her demonstrate movements for the class. Regan has also benefited socially: "socially, she's a different person from when she first started,” Becky reflected. She told a story of Regan sitting on a rower with her headphones on and not talking to anyone. Now, members of the gym fight to be Regan's partner in the partner workouts. "I would say for the first time ever, she has real friends. Everybody is out there cheering her on."

Regan is also notorious for saying what everyone else is thinking. "When she posts her scores to SugarWod, she gets the most likes on her comments" (e.g., 'That WOD was terrible! Why do I do this?'). Speaking on the support from the affiliate for Regan, Becky said, “I would hope that it would be the same anywhere in any CrossFit gym. You just can’t find better people.”

The gym also hosts a WOD for Autism annually (9-years running). Last year, the gym raised over $2,500 for a local business supporting ASD therapeutics. This year's slogan for the competition? "Different. Like normal but better.” Supporters can participate in WODs, donate, or buy a t-shirt to help raise funds and awareness for ASD.

When asked what she would say to an affiliate thinking of starting an adaptive CrossFit program, Becky responded: “It’s such a benefit to the community. They [adaptive athletes] don’t have a lot of outlets. If Regan didn’t start as a teenager, she wouldn’t have a place to go to work out and see people regularly. A lot of programs stop [offering services] at 18-years old. It would only build community support from so many people.” When a parent of an adaptive athlete (upper extremity) asked Becky what their child could do in a CrossFit gym, she responded: “so many things!” Becky’s efforts highlight the endless opportunities an adaptive CrossFit program can provide in a community.

Researchers collaborating with the Adaptive Training Academy are dedicated to creating an inclusive community for training, competition, and life. In the following weeks there will be a brand new training certification released to increase coaching capacity to work with cognitive adaptive athletes.