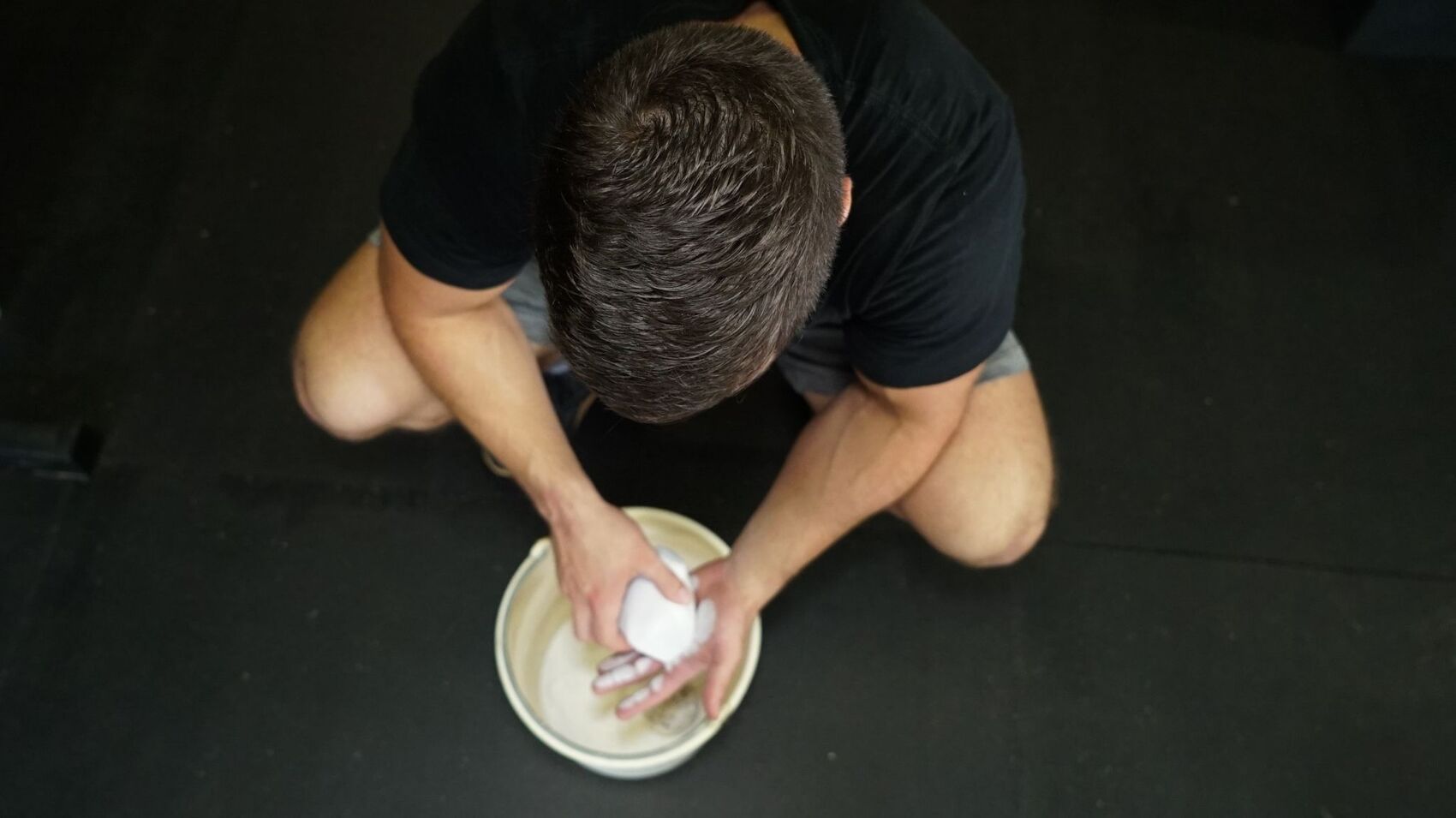 Each has high movement interference.

In other words, the same muscle groups are being used in multiple movements, presenting a bottleneck for many athletes due to muscular fatigue or failure.

So today rather than looking at this from a program design perspective, I want to determine what is the best way to pace workouts with high levels of interference.

Let’s take a look at our examples…

For each of these events the separation value for athletes was being fatigue resistant in a specific pattern (ie. hip flexors & abs, triceps & shoulders, legs).

Having great muscular endurance for these types of tests isn’t just a priority, it’s the sole separator.

“Optimal” Movement Patterns: completing the given exercise with the biomechanics that are generally regarded as good technique, meaning in a way that is efficient and orthopedically sound.

Compensatory Movement Patterns: a deviation from the “optimal” movement pattern in a way that allows continued execution of the exercise, but in a way that is less efficient or orthopedically sound.

Q: So what’s the difference between simply doing a movement incorrectly and it being a compensation pattern?

If an athlete moves without an error at first, but then one appears as fatigue builds, this is a compensatory pattern.

Round 1: The athlete’s hips and shoulders rise at the same rate in the pistol. She sit up with speed through the full range of motion in the GHD Sit-Up, and she presses out of the dip of the muscle-up immediately without driving the knees to the chest to generate a kip.

Round 3: The athlete sways side-to-side in the pistol, leaning her torso to one side to provide additional lift for her airborne leg in the pistol. She grinds through the finishing range of the GHD because the change of direction speed has been significantly reduced. The ring muscle-up cycle speed has slowed by about half a second per rep due to her being forced to wait until her feet come under her hips, allowing her to generate a kip for the dip.

Should I Prevent Compensations?

This is sort of a misinformed question.

The reality is compensatory movement patterns are going to appear in workouts that are written to create separation in a field of competitive athletes.

Workouts in the Sport of Fitness are often written in a way that intentionally bias muscular fatigue in a specific pattern.

As a result, the athlete may choose to start a workout with an altered movement pattern to intentionally change one or more patterns to make the demands on a specific muscle group less.

Round 1: The athlete supports her elevated leg in her pistols by placing her hand under her calf and providing a small amount of lift. She sits up as quickly as possible through the middle of the range of motion on the GHD, but then slows the top portion of the movement, allowing for an extra breath at the top each of rep. On her Ring Muscle-Ups, she uses a slightly shortened kip to minimize the core and hip requirement of the Muscle-Ups.

See the difference between this and the compensation pattern scenario?

The first was reactive where this plan of attack was proactive.

The athlete’s pacing strategy allowed her to stay ahead of the muscular fatigue, and her result was a repeatable power output (e.g. similar technique and split times from round 1 to round 3).

It's an important an athlete (and their coach) understands the difference between building fitness and expressing fitness.

The former is about surgically applying stress to the limiting systems, in a way that does not result in training a compensation.

Let’s take an athlete, let’s call her Bella, who frequently has a “chicken wing” appear in her fatigued sets of Bar Muscle-Ups. This is a compensation; it is inefficient and isn't orthopedically sound.

This error appears because Bella lacks straight arm pulling strength and doing reps with that altered technique allows her to manipulate the pattern to continue to get work done, albeit in an uneconomical way.

How can I train the limiter (ie. straight arm pulling) with enough stress for it improve, but without training the compensation (ie. chicken wing)?

This is a very different stimulus (and outcome) than expressing (aka. testing).

If this same athlete is in a tester piece or is in an actual test, it’s more like, “Go as fast as you can with whatever technique will allow you to put up the best score.”

It’s quite a different mindset and approach.

While muscular endurance overlaps with strength and strength endurance, it’s further down the time continuum.

In other words, these are lighter contractions that are more sustainable.

In an ideal world, a CrossFit athlete would have such great cardiac development, tissue tolerance and muscular endurance that he would never be forced to alter patterns from there optimal execution.

And in some workouts, even ones with high interference, this is possible.

…the power blunted by a lack of an upper body pull would be too significant to allow the athlete to continue to stay competitive (ie. get their best result).

However, this strategy exists on in a fantasy land for most athletes, and so is avoiding all compensation patterns.

Be aware of your movement, including your compensations.

Know when to manipulate patterns from the onset of workouts, and know when to break into a more sustainable variation of a movement as you flirt with your “red line.”

Predicting your capacity -in any physical endeavor- is a moving target. In CrossFit it’s even harder because the game changes as you play it.

You have to frequently practice (1) executing a novel task (2) at high effort (3) largely by “feel.”

Know when to build and when to express.

This is crucial to executing our best on game day in all workouts, especially those where you will be forced to manipulate your movement due to high movement interference.