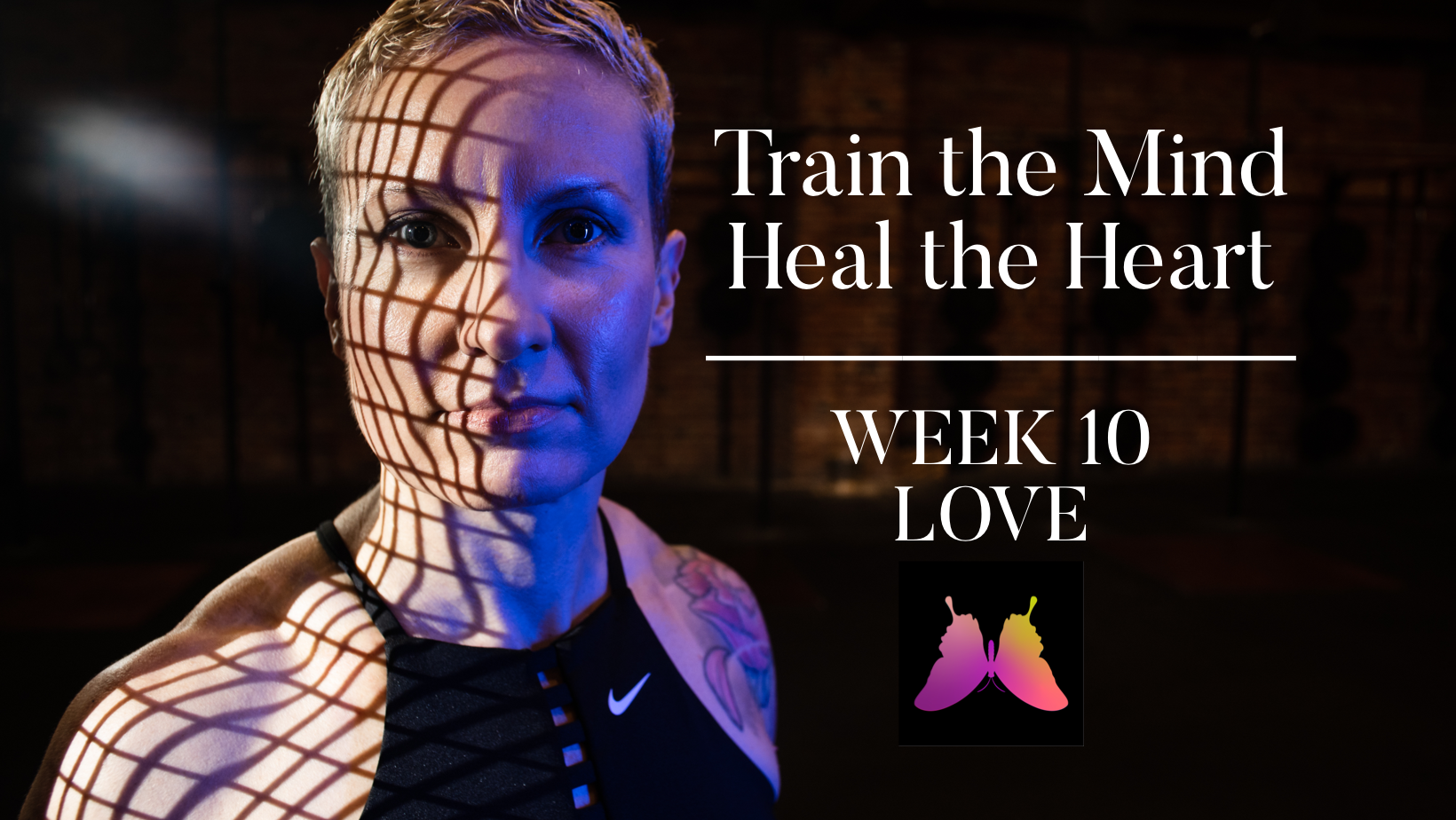 Dusk in the ashram of Northern Thailand. I sat alone with well-worn notes, studying for the final exam. Phantom energies from weeks of happily moving bodies circulated. I glanced up; my beloved swami in his yellow robes was floating toward me. Somewhere during the month-long training, I had fallen in love with this man. His spiritual presence filled every space, including my heart. When he reached me, he bowed and held out gently cupped hands. My eyes rose up to meet his and I instinctively reached out to receive his gift. He opened his hands to drop a bright yellow glow into my palm. A firefly. It took my breath away. I watched transfixed as it seemed to bestow upon me some of its light before ascending from my hand into the night sky. I held my breath, wishing to freeze this moment, to bottle it and take it with me. After I could no longer see its illuminated tail, I looked over my shoulder. My dear swami had disappeared into the night as well. I closed my eyes, wettened with tears. I had found what I came halfway across the world to find: Unconditional Love.

The moment lingered with me. In the ashram a few days later sitting in solitude, I closed my eyes recalling it. I wondered what it would be like to feel that way all the time, to feel that for myself. When I opened my eyes, a featherlike flutter was descending: a butterfly. Landing beside me, she slowed her wings in greeting. I returned a mental hello and smiled lovingly at my companion. Another friend landed like a snowflake in front of me, then another and another. Soon, my space was surrounded by a sea of red, black, white and yellow wings. I stood and tiptoed out of the ashram to a tree that stood outside. Thousands of majestic butterflies perched there, on every branch and every leaf. Maybe tens of thousands, as if they had blossomed from every leaf pore. The tree vibrated with them. I stood still as stone, my breath slowed and my vision swirling. I could not tell you how long. My senses, even after weeks of training, could not fully grasp the magnitude of the experience. They didn’t need to. In a moment like this, there is nothing else to do but be. Be completely present and accept God’s Love as a swarm of butterflies.

LOVE IS THE UNIVERSAL HEALING FORCE

Permanent and unchanging, the vibration of God’s Love is the underlying Truth and Reality that links all things in unity. It is the magnificent, unseen power of this great universe, permeating all matter and form. Its existence is infinite and does not know the bounds of space and time. It can manifest through a person dropping a lightning bug into your hand, or a swarm of butterflies. This force radiates with the magnitude of plate-shifting earthquakes and the gentleness of wildflowers bending in the wind. It is the brightest light. The softest touch. I can see it in you, and you can see it in me. This permanent form of Love is not the action or the moment. Divine Love is the energy within the action, within the moment. The moment will come and go, but Unconditional Love does not diffuse.

Love is omnipresent in the vastness of the universe, and you are a star within it, a particle in the infinitude of space. Relating to yourself as part of a larger whole awakens greatness. When you connect with the Love that exists dormant within you, you uncover the coordinates of your star.

We are forgetful human beings. Whenever the mind is lost in its confused suffering, close your eyes and remember who you are. Just as meditation teaches to continually return to the breath when the mind drifts off, each time you doubt or are unsure, come back to the unchanging Love that is always with you. Trust calms the ocean of uncertainty and brings unimaginable blessings. Receive these gifts from the Universe in humble gratitude.

THE SCIENCE OF LOVE: UNIVERSAL FORCES

To realize the Infinite within you and conceptualize the healing power of Love, let’s take a look at the laws of nature in the finite world. Everything you see around you, everything in the known universe, and you yourself are made of particles of matter, each in turn made of molecules, constructed of atoms—inside which are protons and neutrons, and within those, quarks and leptons, smaller still. To perceive how small an atom is, consider that one grain of sand can hold the number of atoms equal to every grain of sand on the planet.

What holds you, me, and all these tiny particles of the universe together? The phenomenal forces of the universe, constantly at work around you. Normally, we operate without even thinking about the fundamentals that maintain the functions of the body, keep your feet on the ground, and govern all the matter and antimatter of the known universe. According to the laws of physics, there are four known universal forces creating constant motion on the particles of matter in space.

Gravity is the weakest of the four forces, and yet draws all large matter in the universe together: it forms planets, stars, solar systems, and galaxies. Explained by Einstein’s Law of Relativity, rather than a force, gravity is a curvature in the three-dimensional space time continuum caused by objects with mass.

Electromagnetic force creates light and energy, and draws atoms of objects together. Every object in the universe has a positive or negative charge. Like charges repel and opposites attract. Everything emits an electromagnetic field, including the earth itself, a giant magnetic field with positive and negative poles suspended in space by invisible forces.

Scientists theorize that these four fundamental forces morphed from a singular vibrational force. They have attempted to study it through string theory, or the Theory of Everything. Stephen Hawking famously said that such a theory would be “the ultimate triumph of human reason—for then we should know the mind of God.” I call the singular force that created everything in existence—the magnificent world we live in, containing butterflies, tidal waves, fireflies, supergalaxies, and the limitless Self that is you and me—the force of Love. All matter, when condensed down to the smallest unit, holds the frequency of Love. Just within the atoms that make up your body is an intelligent life force that connects you to the entire universe. You are imbued with the power of Love in every single cell of your being. It is the essence of your soul.

For the continuation of this program, you will be using the force of Love for healing. Through meditation, you are awakening this force from within. How do you identify with this force? Is there a name you prefer to call it? I identify the source of Love as God, but you can relate to it in whatever way feels right for you. Universal Energy, Unconditional Love, Infinite, Source, Spirit, Divine Love, Divine Mother, Inner Wisdom, Highest Self, Cosmic Consciousness, and Heavenly Father are some options. Choose one that feels correct for you.

Here is where you can take your meditation practice deeper. The areas of focus you have been concentrating on during meditation tune you into the vibrations of the body. Next, you’ll relate to the universal cosmic forces that exist inside the breath and gaze. This higher vibration, the hum of Unconditional Love, is emitting from the soul of your being. As you meditate this week, sense deeply into the vibrations you feel, the most subtle frequency emanating from the center of your being.

When you know Love through your own experience, it gives you the support necessary to change your life. It is the one thing you can always count on. Know Love on this level, and you will never feel alone. Awaken this force from within you by attuning deeply to the sound frequency of Om during your on-cushion meditation practice. According to Hindu yoga philosophy, Om is the original sound of the universe and the vibration of Love. Scientists studying sound waves from the earth and sun have recorded “interstellar plasma music” with the all-encompassing hum of Om.

Om is made up of three primary sounds: Ahh, Ohh, Mmmm. Through this practice, we gain intuitive knowledge that we are the divine manifestation of Love.

Continue until the tenth interval bell sounds. Notice the feeling of peace after meditation practice. This is Love awakening from within. Affirm I am worthy of love.

As you continue to employ the four steps of mind training, infuse everything you do with the vibration of Love, and feel it in every cell of your being. Love yourself unconditionally. In moments between life’s duties, anchor your mind on it. Repeat its name over and over. Notice the difference in what you attract when you shift your energy to divine Love. Your electromagnetic field will radiate with Love, and magnetize what you desire above all else. You are the power of Love.

Complete introspection questions and Chapter 10 exercise from your TMHH Workbook.

A firefly in your hand.

There is an unspoken,

It is a symphony.