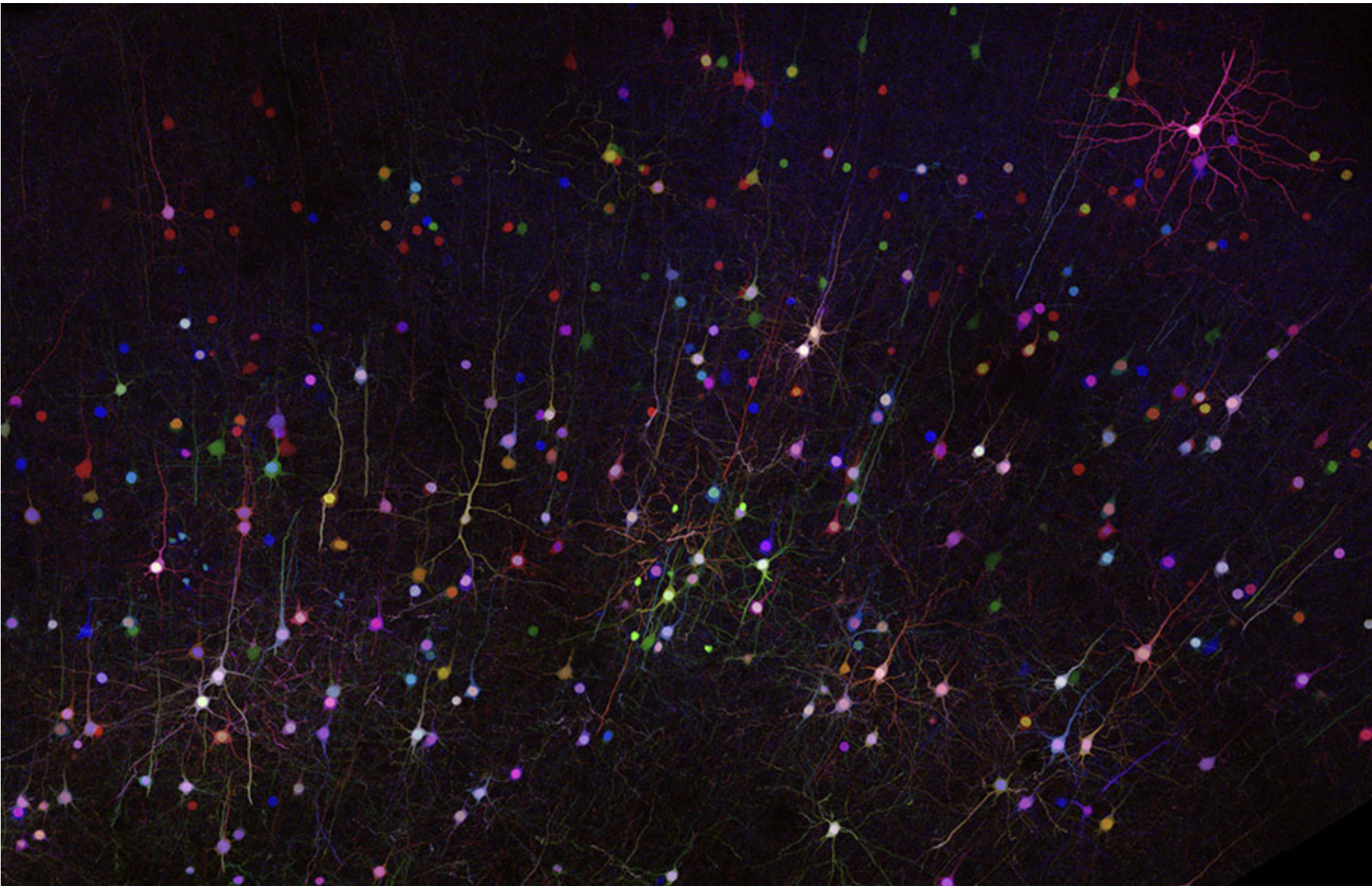 To begin our discussion of "the demon," we'll work through a short story. You're walking in the woods, and you come across a puddle in the path. For whatever reason, you decide to disturb this puddle by dropping two small rocks into it. As the rocks break the surface of the water, they both create small circular ripples. At first, both ripples exist independently, but as they disperse across the surface, they meet. When a peak meets a trough, they cancel, leaving you with a crisscrossed ripple. Let's refer to this as coherence (aka logical and consistent).

Now let's consider an alternative story. You're walking in the woods; you come across a puddle in the middle of a hailstorm. Instead of the puddle having two uniformed ripples crashing into one another, we see many ripples hitting one another and causing chaos (aka decoherence).

Now, about the demon. To be more specific, Maxwell's demon. James Maxwell was a physicist who, in 1867, posed a theory that changed how the science community views the laws of the universe. He postulated the theory of the "demon" that could render all laws of physics incorrect and create a perfect machine. Essentially, the demon is how we describe something that occurs in nature that science can't readily explain.

Take, for example, the idea of one person being in two places at once (shout out to Everything Everywhere All At Once). This can happen! Okay, not with people, but we do see it happening at the molecular level. One of the founding discoveries of quantum physics is that photons (those small things that makeup light) can act as waves. You can see this in the below figure (from the first study to prove that photons act as particles). This was a big deal because up until this point, we thought photons could only behave as particles. And when one particle acts as a wave, it is no longer just in one place, but rather many places all at once.

The top figure (what we expect to see) is what would have happened if the light photons acted as a particle and shot straight ahead. But in reality, we know the light disperses like a wave through the slits in the wall. Ta-da! Photons act as waves. The light isn't just in one place; it's dispersed all over. This study shook what we believed to be fundamentally true about our universe, that each particle worked only in one way and played by a particular set of rules (aka a demon).

Back to our story about the puddle in the woods. That coherence and decoherence I was talking about? (The two ripples that create crisscrossed patterns and the hailstorm.) That's what we see here, Wave-particle duality (the idea that any quantum entity may act as a wave or particle). Because just like the puddle in our story, the cellular environment of itty-bitty particles (think electrons and photons) are constantly encountering metaphorical hailstorms and ripples. The environment these quantum particles live in is susceptible to a lot, including temperature. In particular, the thermal bombardment by water molecules (think of the rocks we were dropping into the puddle).

But here's an interesting part (I know, the rest has been super interesting, too), the environment of the cell (aka puddle) that allows our quantum particles to act predictably (follow our standard rules of physics) is the hailstorm. In life, we need chaos to maintain our status quo. We see this at the cellular level with our puddle story. Once the hailstorm subsides, we're left with coherence. That consistent and predictable pattern. When this happens, the quantum particles living in the puddle are suddenly free to act however they want. There is no decoherence (chaos) to throw them around or dictate their paths. Instead, they are now in command of what path they take, and these paths are genuinely insane and incredible. A world that once followed our universal rules now has demons running a muck (i.e., solid particles passing through other particles like ghosts, tunneling, or particles existing in multiple time dimensions simultaneously, entanglement).

We'll make one more jump before we bring this full circle with the concept of a CrossFit athlete.

The human brain. The ultimate machine, full of the most exciting demon of all: consciousness. The human experience, the greatest mystery of how we are what we are, and my second favorite c-word. It might not be surprising to learn that your brain is a playground for demons. Or is it? I briefly mentioned the concept of entanglement. This is where we (theoretically) see one particle in two places at once. The figure below illustrates this quantum demon.

Theoretical physicist, Paul Davies, has proposed that consciousness is the integration of information (lots and lots of information). Our consciousness is what allows us to pick the reality we want to believe in when faced with entanglement. Humans have agency over these quantum demons through knowledge to bring sense to our physical world.

Paul Davies, The Demon In The Machine

This opens up an entirely different discussion of which reality is the actual reality (I would argue both are). Still, the point is that what information we expose ourselves to dictates how we control our demons that so badly want to defy our rules. But remember, I said that chaos was the master of maintaining peace. The hailstorm is what brings control.

Finally, let's talk about CrossFit. You may have heard CrossFit described as being capable of curing type-2 diabetes or having the ability to reverse heart disease. It might sound like a stretch, but there's empirical work (Fealy et al., 2018) that supports this as well as tons of qualitative reports from athletes. We can think about these diseases as demons. The human body didn't have any chaos to keep bodily health within the rules of how we expect a body to function. In other words, the body's demons were left unchecked because there wasn't a hailstorm, and they took a path that isn't supposed to happen: disease.

Let's consider a different scenario. You're at home, and you're worrying about work, or maybe you're at work worrying about your home life. Regardless, you're technically finding yourself two places at once. Again, this is similar to a quantum demon (entanglement) that can only happen when left unguided by a chaotic force. In this scenario, it isn't your body that is affected, but your consciousness. So, we see two examples where humans experience turmoil due to a lack of chaos available to regulate our physical and mental experiences.

The human body was meant to be trained and put through suffering. We see this through the physical (and mental) adaptations that occur as a reward for pushing ourselves through uncomfortable training sessions. Change is the reward that we receive after enduring the hailstorm, and this change enhances our bodies to combat demons.

Through the act of training, we create opportunities to push more chaos onto our bodies. Think of all the unique changes a typical CrossFit session can impose on the athlete. In an hour of class alone, the person is pushed through strength and cardiovascular training that challenges the entire body. The variety of movements challenges flexibility, skill level, strength, and endurance in different ways each session. This variable of the "unknown" produces chaos that the body needs. It produces the outlet needed to maintain the "knowable" of our bodily functions and mental states.

In a previous article ("Enhancing Interoception Through Exercise"), I wrote that athletes know their bodies better than anyone else. The athlete understands small internal signals that most people can't even begin to fathom how to tune into. The athlete's body is known. Like the hailstorm at the cellular level combats those quantum demons, the hailstorm at the larger anatomical level of the human body combats those diseases and faulty mental states that plague many of us.

Lastly, I previously mentioned that the information you give your consciousness dictates how you form reality. Giving your body and mind the information of training creates a particular kind of reality for the athlete. It's a reality where physical health isn't bettered by pharmaceuticals but rather through using the physical body. It's a reality where you understand the importance of being present for each training session or other tasks you face, where outside sources that are bombarding you daily aren't influencing what happens to you, and where you have control of all the demons desperately wanting to run down paths of their own choosing. It's a reality where you choose chaos.

At the cellular level, your body is constantly undergoing chaos in order to ensure life can happen. Our chemical makeup and foundational cells have evolved to choose chaos so we can live. Don't you think it would make sense to follow their lead and choose a path that produces that greatest potential for life? You aren't meant to be sick. You're meant to be in control, and we can't have control without chaos. Utilize your hailstorm, and create the reality you want.