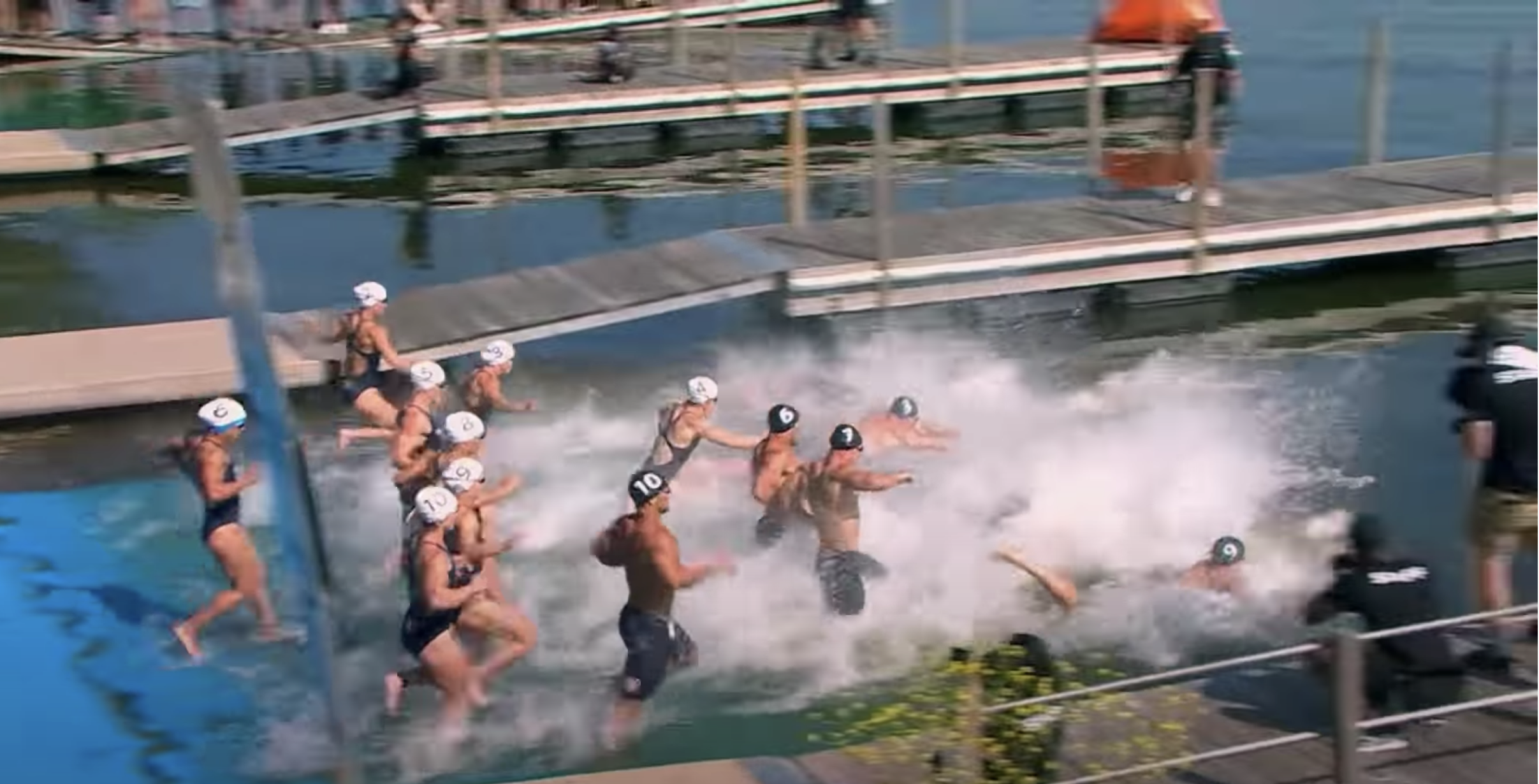 Let's face it: swimming is a hard sport. It requires hours of practice to even feel comfortable in the water, let alone to move quickly through it. The best swimmers make it look easy. Their arms stay relaxed above the water and their legs kick steadily and strongly behind them. They are also built differently than the best Crossfitters, typically with long limbs, shoulders broader than their tiny waists, and flat butts. So it is not surprising that they move through the water differently than our friends named Tia and Rich and Justin. And while most Crossfitters will probably choose not to invest the time needed to to look and feel like Michael (Phelps) or Katie (Ledecky) in the water, there are some small things they can do to improve their efficiency. And by improving their efficiency, they will move faster through the water with less effort. Hard to argue with that!

The list below highlights the common technique errors that Crossfitters make in the water. The athletes are not named unless it is to point out good technique.

4. Lifting your head causes your hips to drop

See how this athlete's head is above his hips? His eyes are looking toward the wall of the pool, which strains his neck, lifts his chin and causes the lower half of his body to drop. The surface area he has to pull through the water, therefore, extends from his head to his hips, and his legs have dropped well below the surface of the water.

By contrast, look at Matt McLeod from the 2019 Crossfit Games.

3. Dropping your elbow reduces the strength of your pull

In freestyle, the swimmer begins their pull when the pulling arm is extended all the way out in front of them and their hips are rotated to the opposite side. The athlete in the image above is fully extended and rotated, but her right elbow is below her right hand. This reduces the leverage she has to pull herself through the water: she has to pull with her arm instead of her lats. In this position, an athlete should think about keeping their hand and elbow high in the water and then pulling as if they were pulling over a barrel: this will engage their lats and give them more leverage and pulling power.

Katrin Davidsdottir, by contrast, is in a good position to start her pull in the image above. From here, her fingers and hands will begin to point downward, her elbow will bend but stay high in the water, and she will use the leverage of that position to pull "over a barrel" with the strength of her lats.

There's a reason sharks don't have arms, right? The reason is many thousands of years of evolution. Swimming is a constant battle against the resistance of water. That's one of the reasons why the sport is so exhausting. In the image above, the athlete's left arm and leg are outside of his body's line, which means he has to work harder against the resistance of the water to go the same speed he'd go working less hard with a better line. He's inefficient. What's interesting is that if you watch this athlete swim from the pool deck, this technique issue is hard to see. But overhead, it is easy to see that his arm and leg break his body's line whenever he breathes to the right. He can fix this by focusing on tightening his core when he takes a breath and making sure his left arm is directly in front of his head when he starts the pull.

1. "Crossing over" is inefficient and can hurt your shoulders

The athlete on the left has excellent body position and his body line is straight. He is moving through the water without creating extra resistance for himself. By contrast, the athlete on the right is crossing his right arm over his head when he breathes to his left, which puts his hips out of alignment with his body, creating additional drag. Notice how much bigger the "width" of this athlete is compared to the one on the left. He has to do more work to move himself through the water. To correct "crossing over," athletes can practice one-arm freestyle drills and experiment with different hand placements as they enter the water. Breathing on both sides can also correct imbalances in the body line. Pulling from a "crossed over" position like this can cause shoulder problems over the longer term, so it is a technique flaw worth correcting.

With practice and a focus on technique, Crossfitters can find small ways to become more efficient in the water and even grow to love swimming.

Ellegee is a former NCAA Division I college swimmer and has coached at the Division I and Division III levels. She has also coached triathletes on swimming technique and conditioning.