Functional Fitness for When Your Dad is Dying 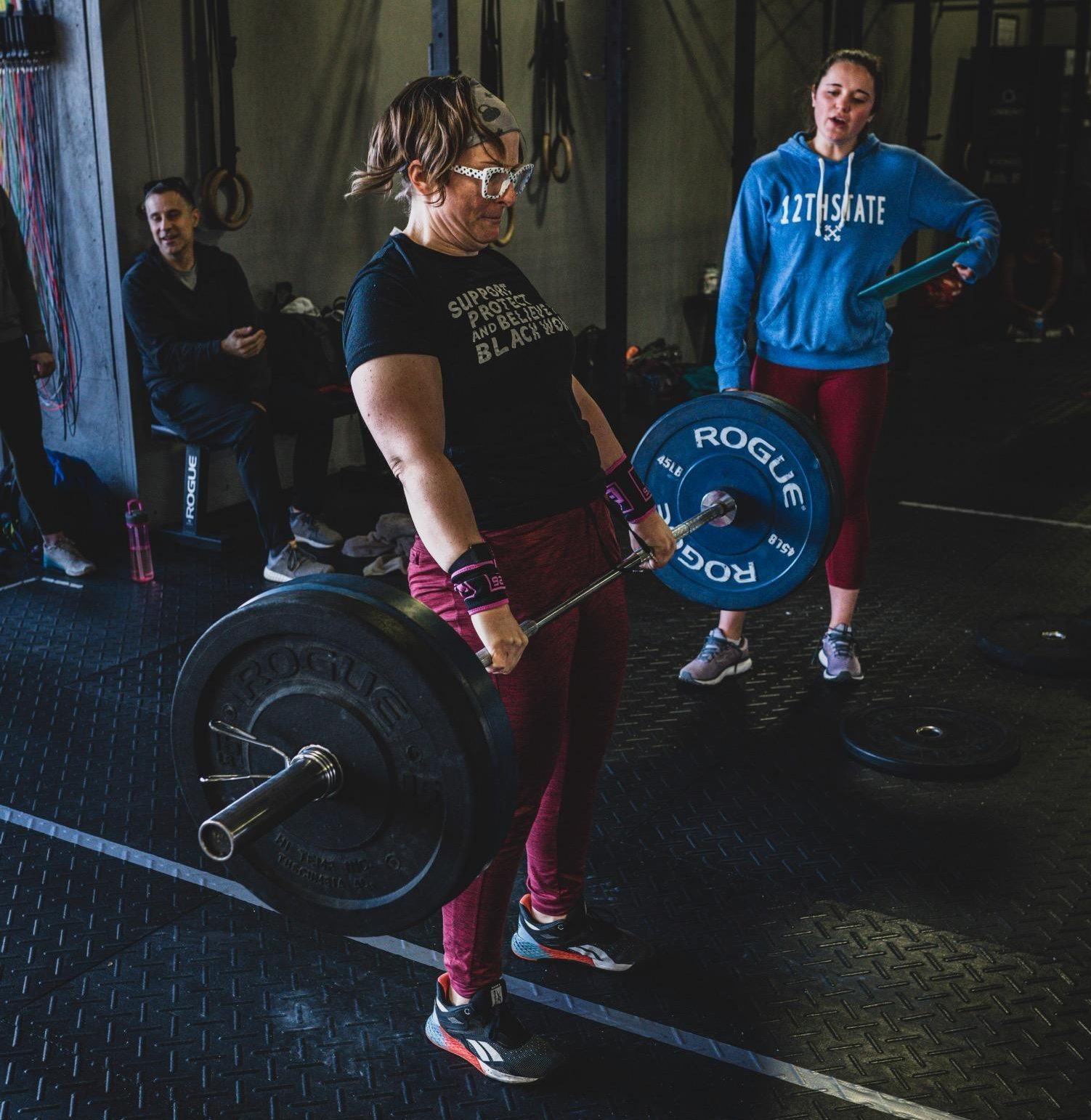 My sister called me while I was at the dog park. "Where are you? Dad fell off the curb and Mom can't get him up!"

The immediate rush of adrenaline and fear and heartbreak and panic sprung me into action. I handed my dog's leash to a friend and ran to my car to drive to my parents' house 15 minutes away. Those 15 minutes were excruciatingly long, and the entire time my mind was racing. What was going on? What would I find when I got there? What did this mean for Dad's health? Dad had been diagnosed with lung cancer about a year and a half before, and there had been many, many touch-and-go moments, but he had responded pretty well to radiation and immunotherapy. On Thanksgiving of 2021, he told us he felt like he had a new lease on life. But by Christmas, his health had started to decline again.

Like many a Southern man born in the 1950s, he was stubborn, set in his ways, and refusing to admit weakness or that the cancer was beating him. At 6 feet tall he was now thin as a rail, weighing only around 130 lbs. His body was consuming his muscle because he didn't have any fat left to use. When he had fallen off the curb, he didn't have the strength to lift himself back up, and my 72-year-old, tiny mother didn't either. He had been less and less sure on his feet in the preceding months, his steps devolving into that "old man shuffle" that we can all picture but never quite imagine our own dad doing... until you see it for yourself.

All of these thoughts were running through my brain as I drove there. Questions and fears and "what ifs". But then I thought of one question that didn't worry me at all: Would *I* be able to pick him up? Of course. Absolutely. No question. And that was the one sliver of relief I could find.

I had walked into a Crossfit gym almost exactly 3 years before, fully expecting to hate it. But in the fall of 2018, I went to the ER, afraid I was having a heart attack. I was only 36. After working with a cardiologist for several months to get to the bottom of some heart palpitations, she gave me the go-ahead to start exercising again. By that time, I weighed around 225 lbs. And as I started to incorporate cardio again, I tore my posterior tibialis tendon, in part because my 5'5 frame wasn't capable of effectively supporting so much weight. I ended up in a boot for a month or so, increasingly frustrated, depressed, and afraid for my general health. It proved to be a watershed moment that made me decide: I could not become a prisoner inside my own body.

Something had to change. I had always liked HIIT-style workouts and thought something like that would be better for me than the generic globo-gyms I had been going to sporadically every time I decided for a few months that I was going to try to be a runner... or maybe do the elliptical regularly... or use that 30-minute rotating station workout they have tucked in the back... None of those things had ever stuck.

In my Google search, a few things popped up nearby, but what caught my eye was a 30-minute, metcon-style class (although I didn't know what a "metcon" was at the time) at a Crossfit gym right near my apartment. The price was ok, and the class was meant to get you in, exercised, and out in 30 minutes. Fine. I'd try it. I'd probably hate it, anyway. You know what those CrossFit people are like. I won't belong there, and I imagine they'll make sure I know it. Then I can try something else...

You can probably guess where I'm going with this.

Instead of being ostracized or excluded for being a fat person with limited mobility due to my foot injury, I was welcomed with open arms, my concerns were heard and addressed, and every movement was scaled to work for me. Instead of yelling at me to push harder (isn't that what CrossFit is like? They're going to yell at me?) I was warmly encouraged, and the coach periodically asked where my heart rate was and told me to slow down on the bike a few times. And I felt great afterward. I had my first experience of being in the middle of the workout, thinking "I'm not going to be able to do this..." but then putting one foot in front of the other until I eventually realized I had, in fact, done it. I was hooked.

Over the ensuing three years, 12th State CrossFit became my home. The gym and the dog park were the centers of my social world. My body changed, but even more significantly, so did my mind. "Just keep moving" became a mantra, repeated over and over again during a tough workout. Gratitude for my body being able to move me started to replace self-loathing and disappointment with it for however it looked and however it fell short. I learned to love and respect that body. I started to think about food as fuel, rather than something that I needed to be afraid of or that needed to be restricted. Instead of being obsessed with trying to shrink myself to fit into a world that wants tiny women and then being constantly upset because I could never shrink small enough, I started to look at my naturally broad shoulders and thick legs as assets. I'm the fittest I have ever been, even when I was an athlete in my early teens.

But something that I never could have foreseen was how this fitness was going to help me take care of my family. I used my deadlift technique to get Dad up off the curb and help him in the house. Over the next couple of months he fell a few more times, sometimes needing help up and sometimes not. Shortly after this first fall, he was admitted to the hospital where a scan revealed that the tumor had come back with a vengeance and was in his spine. Eventually, my mom made the decision that he would come home for hospice. Again, my strength and fitness helped me move a mattress, deconstruct the dining room table, pack things away, and do other work that was needed to get the house ready for him. Once he was home, I moved in with my parents to help my mom care for him. Lifting him up, readjusting him in the bed, doing chores and running errands and anything else they needed.

Time and again I kept thinking "I literally wouldn't have been able to do this before 12th State." I had understood what functional fitness was, but that "functional" part had never hit home like this. And beyond my own new physical capabilities, my CrossFit community rallied around me. Friends from the gym brought over groceries and picked up things we needed. The hospice nurse told us how important it would be to put my dad's mind at ease that Mom would be safe and cared for when he was gone. Only then would he be able to let go. So a friend from the gym came over and helped me install a new security system. Another friend, a retired firefighter, came over and replaced all the smoke detectors. Dad mentioned that he wanted a new roof, so I reached out to another 12th State member so we could tell him we were getting an estimate. Two separate ministers from the gym came and offered pastoral care to my family. I truly cannot say how cared for and supported I felt. And my parents were in a state of marvel at the stream of strangers who were eager to jump in and help with whatever they needed.

I now know that you can't possibly understand the experience of losing a parent until it happens to you. I now understand the deep, existential way in which you are shattered by it. I always thought I was properly sympathizing with friends who lost parents before, but I didn't get it. There are regrets and questions that will never be answered and heartbreaks that will never be healed. But I know that there are regrets I do not have because of my ability to help in the ways that I did. I was able to be present in a way that I might otherwise not have been because I knew that anything that was needed of me physically I could do. Dad was able to preserve a few hints of dignity here and there because there were things I could do for him that meant a stranger or a neighbor didn't have to.

Because my fitness is functional and my community is strong.