How CrossFit Fuels my Climate Work 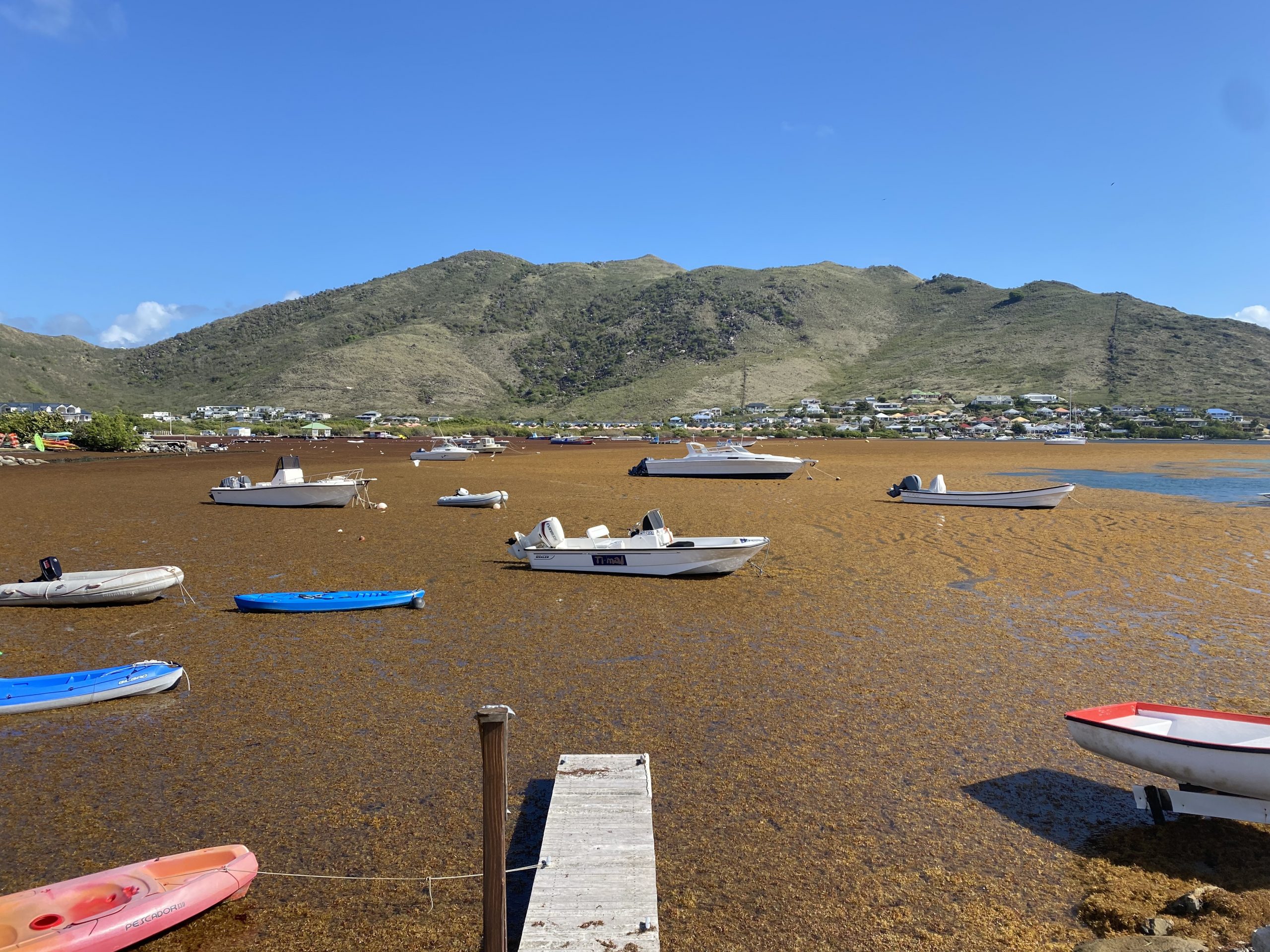 Snatches. Hang cleans. Romanian dead lifts. None of these terms were in my vocabulary until the Fall of 2019 when I curiously joined a CrossFit gym. To be transparent, I only agreed to attend the “low impact” classes taught by a friend, but eventually I found myself attending the regular classes as well. I learned some cool acronyms, like AMRAP and EMOM, and I even bought weightlifting grip gloves.

It is worth noting my baseline fitness level at this point. I am just under 5’4”, and I am probably within a normal weight range. However, I have never played any kind of sports. My mom likes to tell a story of when I played soccer as a 5 year-old and promptly hid in the car until it was time to come out for post-game juice and snacks. I attempted to take up running in my late 30s, and I now have chronic knee pain. I dabbled in Pilates and yoga at various stages in my life, and my favorite pose is still child’s pose.  My most impressive athletic endeavor remains a 28-hour dance marathon in college. I literally could not walk for three days afterwards.

So here I was, in my early 40s, doing official CrossFit workouts. These workouts were intense, exhausting, and you felt invincible upon finishing. I was thrilled when I was able to lift more than I had the week before, and I even found situps and burpees progressively easier. There was one thing, however, that never, ever, ever got easier. The bike. That wretched assault bike.

These bikes are common in gyms, and when you first get on them, they aren’t so bad. The large, front wheel is a giant fan, so you get a nice breeze while you pedal. Often the handles are designed to move with your arms so you can even use your upper body to move the wheels faster. The goal is to complete a set number of calories as fast as possible.

So what’s so bad about a short, breezy bike ride? Imagine biking through thick, sticky molasses, and the dial is barely moving to indicate you’ve gone anywhere. You’ve pedaled your little heart out, your legs are burning, your heart is exploding in your chest, you are near vomiting, and somehow you’ve only completed 2 calories. And you are supposed to complete 15.

I loathed that bike. During one of my usual rants on how utterly dreadful that bike is, I asked the trainer what the intended goal of such torture was. Dispassionately, he replied, “the bike is the ultimate equalizer. It’s hard for everybody.”

I was quiet a moment. Really? Cause it didn’t really look like the four people next to me were really struggling… For starters, the girl next me was easily 5’10” and could pedal once for three of my rotations. Also, some of the larger men had thigh circumferences that probably exceeded my entire waist.

For better or for worse, my CrossFit days came to an abrupt end with Covid when the gym ceased in-person workouts.

Another victim of the summer of 2020 was the 50th wedding anniversary of my parents. We had discussed plans of renting a beach house somewhere exotic to celebrate this milestone, and instead we had a socially distant dinner outside…and my dog ate half of the cake when no one was looking. He was miserable, just like our sad excuse for an anniversary party.

Fast forward to summer of 2022, and we decided to have another go. In July my husband, two boys, and my parents had our long-awaited celebratory vacation at a gorgeous oceanfront house on the French side of St. Martin.

The first few days were glorious, full of delicious French cuisine, even a quick getaway to the Dutch island of Anguilla, and temper tantrums (from all ages) were minimal. Halfway through the trip, our coast had a visitor. We woke up one morning and saw a previously nonexistent brownish bloom of algae. It seemed like perhaps a big wave had brought in the brownish seaweed, and we could swim around it. When we attempted, however, we found the seaweed very thick and mildly irritating to the skin. We observed others trying to kayak and swim through the marshy water, and they eventually gave up as well. Smaller ferry boats were forced to cease operations, and beaches became undesirable and even inaccessible.

Being fully flanked with our smartphones, we did research and learned the name of our unwanted pest: sargassum. More sargassum came with each passing day. Piles of it accumulated along the coast and produced an unpleasant fishy smell. We even saw sea turtles and fish choking among the muck. Where was this coming from?? And why now?! We returned to our trusty devices and also began chatting with neighbors, some of them full time residents.

Sargassum is a widely believed to be a byproduct of increased levels of nitrogen in the ocean. Nitrogen is commonly found in human and animal waste and fertilizers, which are increasingly found in farm runoff from newly developed land throughout the Americas and even Africa. A recent study collected samples that showed a 111% rise in the ratio of nitrogen to phosphorous which results in a radically altered water chemistry.  Coupled with warming water temperatures, the rainfall levels have subsequently increased and caused more flooding and therefore nitrogen-rich runoff into the rivers and seas. It has become increasingly difficult to deny that the rise in sargassum levels is likely attributable to climate change.

So instead of decadently enjoying all meals al fresco, enjoying the sights, smells, and sounds of the ocean, we were forced indoors almost exclusively. The sun beating down on the piled up, dried sargassum only resulted in stronger fumes, and a few mornings a dead fish would wash up.

All I could think in those moments was how climate change is the ultimate equalizer. You can be a privileged family on vacation in the Caribbean, or a struggling fisherman on the very same island, and life is disrupted for all.

But it’s not equal. It never has been.

Just like that wretched assault bike - how could a smallish woman with less than average strength compete with a muscular athlete who participates in CrossFit Games?! That bike is not an equalizer. The bike exacerbates the discrepancy between two people with differing baseline fitness levels.

Climate change is worse. The gap is not as humbling as a difference of how much weight you can bench press. Climate change can expose the deepest and widest chasm between two people who may live in the same city.  Here in Atlanta, Georgia, you can live in a tree-lined neighborhood with parks, great schools, and a weekly farmers market with fresh produce. Or you can live in a red-lined neighborhood that abuts a power plant, possibly has toxins in the soil and water, and is an asphalt wasteland because no trees have ever been planted. A heavy rainfall can be the difference of a soggy lawn or a flooded home. A heat wave can mean an expensive air conditioning bill or health problems because air conditioning becomes unaffordable.

Yes it was unpleasant to have traveled all that way, to have spent all that money, to have reserved all of that vacation time, to be stuck in a house with a front row seat to a smelly shoreline of seaweed and dead fish. Instead we took day trips to beaches on other parts of the island, we went snorkeling, and we explored the Dutch side. Honestly, we were just fine.

But so many were not just fine. Many depend on tourism as a way of life, and a shuttered beach means no sales.  Sargassum has invaded the shores of countless islands and countries across the Caribbean and even Florida.

We had many conversations around climate change, and my father at one point grew very quiet. His gaze looked out onto the brownish piles, and he quietly said, “I feel sorry for my grandchildren.”

I feel sorry for my children too. And I won’t stop fighting for them and everyone else who deserves a better world.