The Art of Coaching 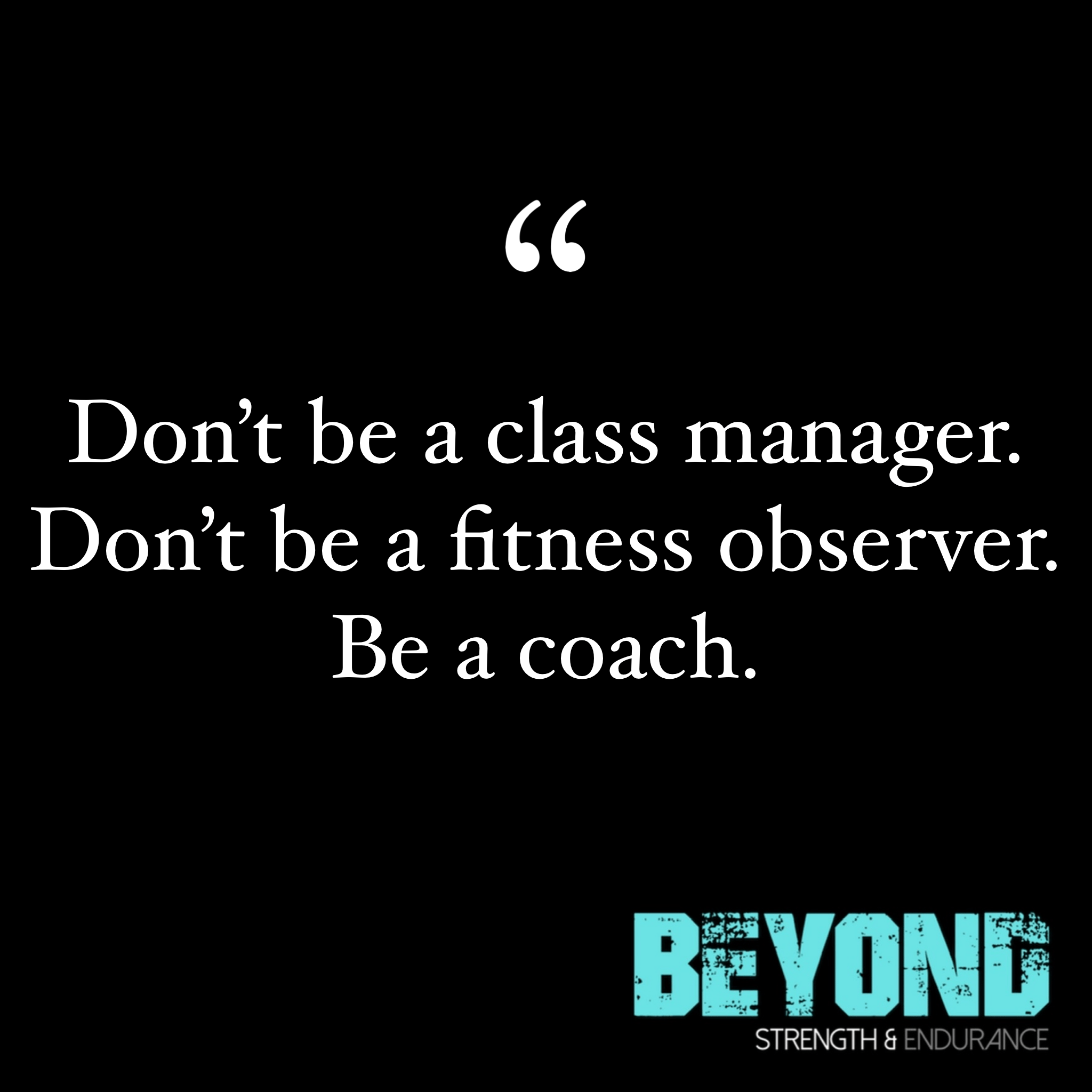 Ten different coaches can have the same programming and get ten different outcomes with the same individual, class or gym. Sets, reps, movements, time domains and weights provide the information a coach needs, but how they are implemented and communicated makes all the difference. Here are 5 things I have learned over the years to take the science of training and combine it with the art of coaching.

My father has been a Track & Field and Cross Country coach for over 40 years. The amount of things I learned from him could and should fill a book. One of the many I will never forget was during a track meet many years ago. One of his high jumpers that had routinely cleared 6 feet 8 inches missed his first two attempts at 6 feet 4 inches early in the competition. The kid was distraught and came over in a panic. My dad listened and then very calmly said, “Take your starting tape line and move it back two inches, easy fix.” Back out he went, moved the tape back, and cleared the bar easily. I asked him what moving the line back did to help him clear the height. He said, “Nothing, but he thought it did”

His athlete needed an answer, a confident one. There was nothing wrong with his technique, he just tightened up under pressure and needed a solution…even if it was just something to make him believe that it would “fix” whatever it is he thought was happening. Know when to give technical advice, but also know when you just need to look them in the eye and very confidently give them something that lets them know…“You got this.”

I briefly helped my dad coach Track for a few seasons. With my strength and conditioning background I was put in charge of the throwers. One of the athletes in the group was 6’4”, 275. Strong kid, but didn’t have a mean bone in his body. He was stuck at 49 feet in the shot put…just couldn’t break that 50-foot mark. He struggled with the same thing in football, not being able to flip the switch. We were in practice doing some “range throwing”, meaning controlled distances, not max distance. He sets up for a throw doing his normal routine. Arm extended up, shot put above his head, spinning it in his hand. Before he brings it down, the shot slips out of his hand and hits the back of his head. After checking to make sure he was okay I asked, “Did that hurt?” He said, “What do you think?!” I laughed and asked, “Are you pissed off?” to which he replied, “Hell yes!” I told him to get in the ring and throw it as far as he could…it landed a little over 51 feet.

I don’t recommend blunt forced trauma to the head, but this is what allowed him to flip that switch. We took advantage of the situation and he never threw under 50 feet the rest of that season. Sensing the opportunities that present themselves to get the best out of your athletes is a skill built over time and another reason to always be present with every individual you have the privilege to work with.

On the track you typically get two types of motivations with athletes. One is very focused on their splits, their finishing time, their distance or height. Regardless of where they finish, they are truly looking to beat their best. The other is only concerned with their competition. They could get a PR or not, it’s just about beating who they need to. If you talk about the other competitors to the time based athlete it can shift their focus and be detrimental to their performance. Bringing up times to the competition based athlete won't even be heard. They are just looking around at who they are running against.

There is not an exact transfer with this example to the gym, but the concept holds true. We tend to motivate how we want to me motivated, but that will only work if that is the same for the person you are talking to. Find out what motivation language each of your athletes speak for better, more consistent outcomes.

Just as people are motivated differently, the way in which coaching feedback is communicated to them will be received differently as well. Some want direct factual information, good or bad. No fluff, just straight to the point. Others need reassurance on both ends of the constructive criticism…a positive, negative, positive sandwich. Then there will be athletes that fall somewhere in between and that could be based on the day or situation. Once again, the tendency is to give feedback how you best receive feedback. Knowing how each of your athletes receives your coaching is the difference between a light bulb going off or a wall being put up.

Sounds obvious, right? You can’t coach someone if you don’t see what they are doing. I’m not talking about what they are doing, I’m talking about the person doing it. Are they a husband, wife, parent, student, younger, older, high stress job, struggling to find their consistency or motivation…the list goes on. Do you see gym members or people? People with good days, bad days, highs, lows, victories and defeats…just like you. Seeing people leads to being truly engrained in their process and wanting to get the best out of them every day so they can achieve things they never thought they could. It allows you to jump and shout when they hit a PR or sit on a bench with them and let them know there will be better days. Look around in your next class, what do you see?

Coaching is not just a job, a side hustle or a way to be at the gym more. It is a passion for helping people. A passion for leading them to achievements they thought were impossible. Don’t be a class manager. Don’t be a fitness observer. Be a coach.