For One Health Coach, Her Advice Cost Her Freedom of Speech 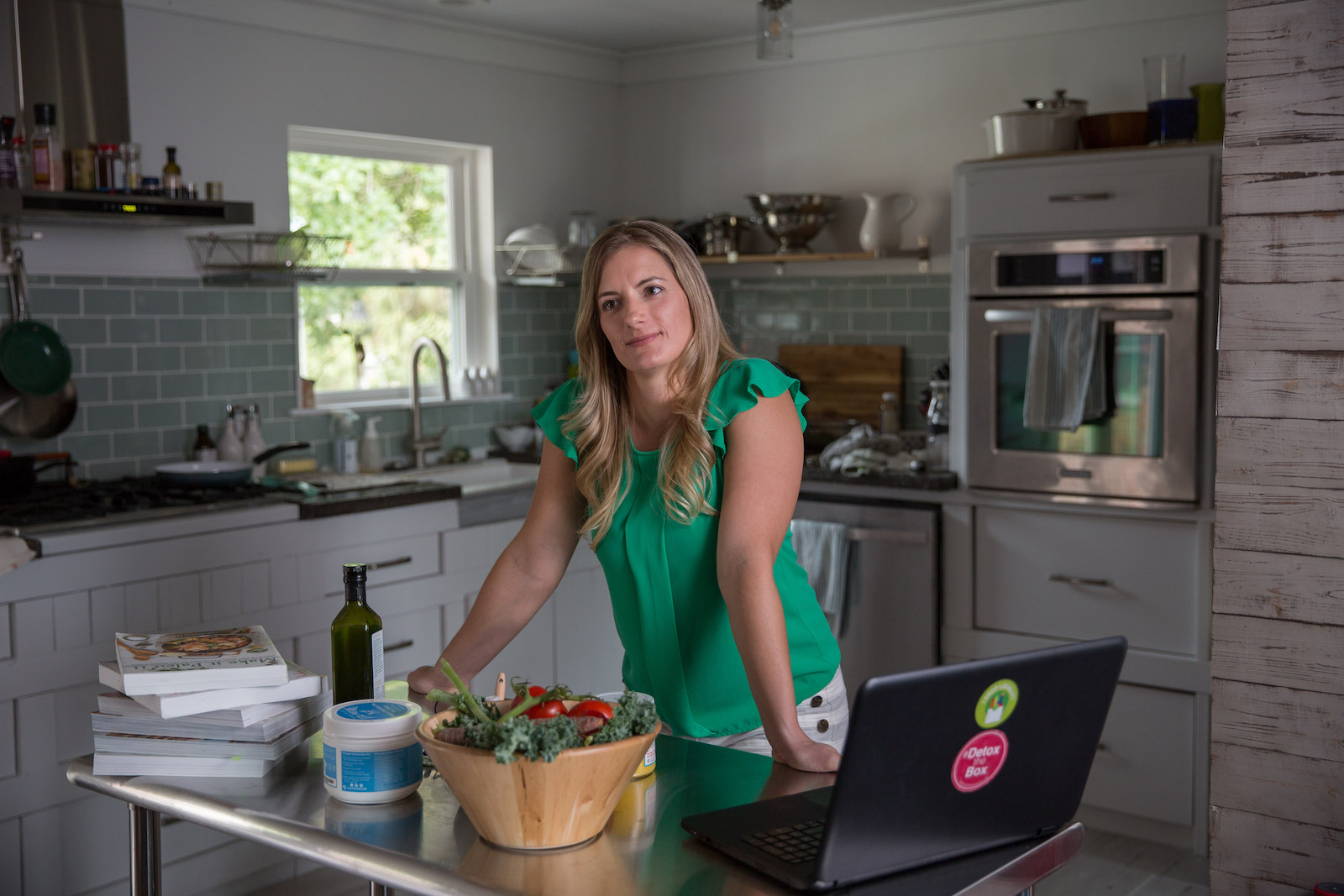 Heather Del Castillo was living in Florida, coaching CrossFit and running her own health coaching business when the Florida Department of Health sent a cease-and-desist order, fined her $750, and threatened her with jail time if she continued providing nutritional advice. Del Castillo was forced to shut down her business.

It all started in 2014, when Del Castillo, a health coach and Level 2 CrossFit coach, started Constitution Nutrition, providing one-on-one health coaching as a privately certified health coach. The next year, Del Castillo moved from California to Florida, taking her already successful business with her.

But in May 2017, Del Castillo was forced to shut down after a licensed dietitian filed a complaint with the Florida Department of Health alleging that Del Castillo was offering nutrition advice without a state license, engaging in the unlicensed practice of nutrition and dietetics.

“I literally didn’t even know I was doing anything that was wrong,” Del Castillo told the Associated Press in May.

The state of Florida Department of Health subjected Del Castillo to an undercover sting operation using an undercover “client” to solicit dietary advice from her, fined her, and threatened her with jail time if she continued providing nutritional advice.

I literally didn’t even know I was doing anything that was wrong.

So what went wrong?

To offer nutrition services in Florida, you need a bachelor’s degree or graduate degree in a relevant field of study; then you must complete 900 hours of supervised practice, pass a licensure exam, and pay a fee of $165. Violators can face up to a year in jail or $1,000 in fines, per violation, merely for giving adults advice on diet and nutrition.

Last year, the Florida legislature considered legislation that would have created an exemption for health coaches, trainers and other non-dietitians who provide diet advice. The bill, HB 1047, would have amended the current law to clarify that it is legal for an individual to provide nutritional advice as long as that individual makes it known they are not a licensed dietitian or nutritionist.

But the bill did not pass.

“The reality is that licensed dietitians are mostly trying to protect their own turf: If no one but licensed dietitians are allowed to tell you how to eat healthier, then that means more money for those who are already licensed. This dynamic plays out across various industries all the time — occupational licensing laws are frequently used by incumbent professionals to block new competitors from entering a certain field,” wrote C. Jarrett Dieterle and Shoshana Weissmann in the Orlando Sentinel.

And CrossFit agrees, which is why they are fighting to support Del Castillo in a First Amendment lawsuit she filed with the Institute of Justice in 2017 challenging what she feels is a restriction on her speech.

But in July, Judge Casey Rodgers of the U.S. District Court for the Northern District of Florida rejected that lawsuit, upholding Florida’s restrictions on dietary advice, reasoning that “the licensing requirement did not violate the First Amendment because ‘its impact on speech is merely incidental to the state’s lawful regulation of the occupation of dietetics.’”

The Academy of Nutrition and Dietetics celebrated the court decision. “The Academy of Nutrition and Dietetics, which represents registered dietitians, says Del Castillo’s lawsuit poses a threat to other licensing laws that protect public health, such as those for doctors. It notes that it supports dietary licensing laws only for advice on medical conditions, such as diabetes and obesity.”

The Institute for Justice and Del Castillo are appealing to the11th U.S. Circuit Court of Appeals, with the support of CrossFit.

“Of course it’s always nice to feel supported, especially by CrossFit and their continual coverage of my case,” Del Castillo tweeted. “We’ll keep fighting because what I want is for everyone to be healthy and living their best lives,” she wrote in a separate tweet.

In the Email of the Day on August 7, CrossFit wrote: “Del Castillo’s case is not settled. The Institute for Justice will appeal the Del Castillo decision, with CrossFit’s support. But this case illustrates the need for constant defense and vigilance on the part of CrossFit, Inc. and its affiliate community against the encroachment of those entities that seek to suppress factual nutritional information in partnership with food and beverage industry sponsors, or to restrict the good work of CrossFit’s training cohort for competitive advantage, regardless of the devastating effects such actions may have on the health of those barred from accessing essential nutritional information…CrossFit, Inc. will continue to fight to protect its affiliates’ and trainers’ rights to speak freely about the foundational elements of the CrossFit methodology and human health.”

The licensure issue is as clear as day. No one should be threatened with jail time for sharing lifesaving information. State governments should not conduct undercover sting operations over food logs and meal plans. And the dietitians who have gotten chronic disease and food wrong for generations do not deserve a government-enforced monopoly.

This is not a new fight for CrossFit. CrossFit has also been battling regulatory licensure in other states, looking to a number of states that do not have nutritional licensing laws, with recent success in New York and in Maine. In May,  CrossFit opposed New York state Senate Bill 2231, which would have banned New York affiliates from providing lifesaving nutritional advice.

Russ Greene, CrossFit’s director of government relations and research, told Morning Chalk Up, “The licensure issue is as clear as day. No one should be threatened with jail time for sharing lifesaving information. State governments should not conduct undercover sting operations over food logs and meal plans. And the dietitians who have gotten chronic disease and food wrong for generations do not deserve a government-enforced monopoly. If the dietetics lobby had any evidence that licensure improves safety, they’d share it. If they were truly offering a superior service, they would not bother suppressing free speech. CrossFit affiliates save lives sharing a powerful truth, and CrossFit Inc. remains committed to defending their legal right to do so.”

Let’s be clear. The issue isn’t whether or not Del Castillo broke the law in the State of Florida. She did. The issue is instead about state-mandated regulation that does not best serve it’s people.

CrossFit, true to form, is working to change the system in the courts, but also on the ground. With their recent shift to CrossFit Health and the forming of the Derelict Doctors Club, CrossFit aims to infiltrate a broken system and systematically disperse their methodology through that system with things like hosting MDL1 certification weekends, building a community of doctors and physicians in the Derelict Doctor’s Club, continuing to battle the NSCA, and teaching specialty courses in nutrition.

Greene, in a comment on CrossFit’s message board, outlines a proposed solution. “If the Academy of Nutrition and Dietetics wanted to follow CrossFit’s footsteps and only restrict who would offer AND ™ nutritional services, we would welcome that policy change immediately. Such a scenario would permit CrossFit trainers to offer nutritional services as long as they avoided the terms AND, or even registered dietitian / nutritionist. Instead, the AND continues to lobby for regulations that outlaw the generic practice of nutritional services, and not just the titles and brand names that professionals can use. That’s the problem.”