On His Own Terms, Lazar Dukic Is Games Bound

Since an official Games qualification process began in 2009, an invitation to the CrossFit Games has been been a coveted prize. For up-and-comers in the sport, the rarity of earning a Games invite, and the tall order of building the fitness to do so pretty meant extreme sacrifice to ensure you could make your way to the competition floor.

Absent of injury or extenuating circumstances it was unheard of for an athlete to decline a chance to compete with “The Fittest On Earth,” but in 2019 that’s precisely what Lazar Dukic–Serbia’s national champion–did by passing on his chance to represent his country in Madison.

Betting on the future: Hailing from the small Serbian town of Temerin, the 24-year-old Dukic had much bigger aspirations in mind when he decided to forgo the Games in 2019 and instead continue on the path towards personal growth.

“I was thinking about what would be the best way for me to take my fitness to the next level. In my opinion, preparation for the Games is different than training to become a better athlete,” said Dukic, “I didn’t feel like I would’ve been competitive against the big names, hence I wanted to focus on training and improving so I could be a threat this year.”

So while the rest of the CrossFit world was focused on an August weekend date in Madison, Dukic was carefully improving his weaknesses, working with a Georgian weightlifting coach four times a week to improve technique and strength, and putting in the miles to improve his running. The physical efforts in the gym have also  helped him build another important part of his game.

“I think I’ve grown to know myself much more in the past year,” Dukic reflects, “and that’s brought my mental game to a higher level.”

Proof is in the pudding: Skipping the Games to improve is one thing, but for the juice to be worth the squeeze, it requires action and results on the back end to stand as justification for such a bold move. So far the results for Dukic have been promising.

It’s still early in the season, but putting down elite performances in the Open, as well as being able to translate the last year of training into a top performance at an event like Dubai–where the programming aligns more with the Games than most Sanctionals–is a huge confidence boost.

Head down, eyes forward: There’s still seven months before the 2020 Games get underway, and on top of the usual training, Dukic plans on staying active to help keep things sharp before his rookie debut. He plans on competing at a couple of non-sanctioned events around Europe as well as defending his title at the ELFIT CrossFit Championships in April.

It’s certainly been an unorthodox path to the Games, but when he walks out onto the field for the opening ceremony this summer, the Serbian flag held high above him, Lazar Dukic can stand proudly behind his decision.

“I don’t regret it and I feel as if it’s starting to pay off.” 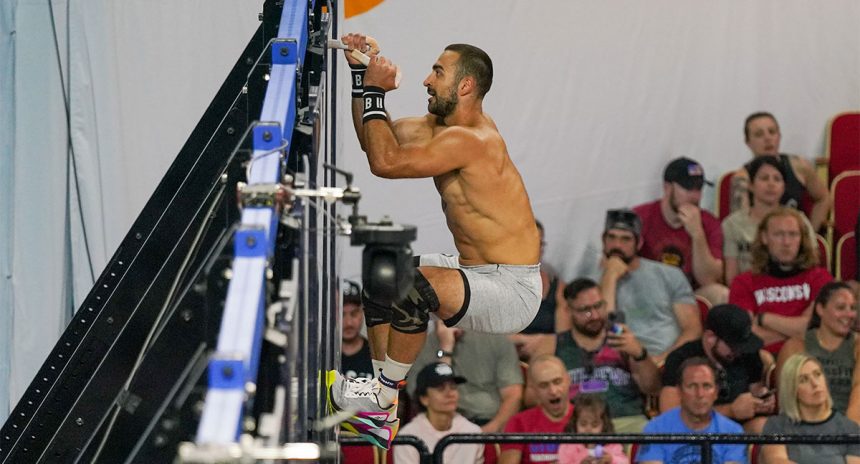