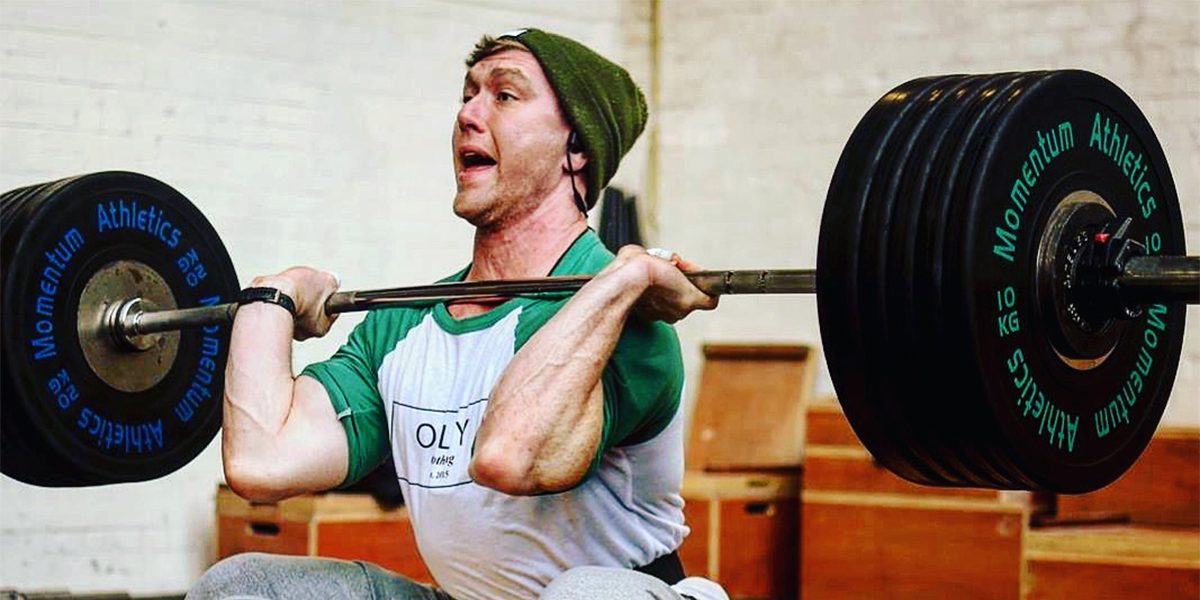 Four months before the 2019 CrossFit Open, PD Savage was among Ireland’s top athletes, but he knew he wouldn’t be going to Madison. Instead, he would have surgery to fix a torn medial ligament in his elbow, an injury that stemmed from his 14 years playing Gaelic football.

Up until this point, Savage had always been able to grit through the discomfort of CrossFit. Six months after starting the sport, he entered his first competition, and by the second day, he was “absolutely smashed.” But then, the adrenaline hit. Though Savage’s one-rep max clean and jerk was 220 pounds at the time, he finished a workout with 15 reps at that weight and attracted the attention of the man who would become his training coach.

However, after the surgery, Savage lost a major outlet for that competitive energy.

Though the surgery was ostensibly successful, problems remain. Savage still has fairly severe golfer’s elbow, which has also affected his wrist. And at six-feet, 220 pounds (185 centimeters, 100 kilos), he’s taller and heavier than most of the other elite athletes, meaning more strain on his joints.

Regardless, entering this season’s Open, he was happy to discover that he’d retained his grit.

Savage finished the Open in 41st place, 11th among the national champions, and he’s aiming for a top-ten finish at the Games. That’s a surprising goal, not because Savage isn’t physically capable, but because he was at a crossroads before this last Open. He’d just turned 30 and wondered whether his time might be better invested at work or competing on a team.

He told himself that if he couldn’t punch his ticket to the Games, that would be it. He’d move on.