Mayhem Madness: What We Know So Far 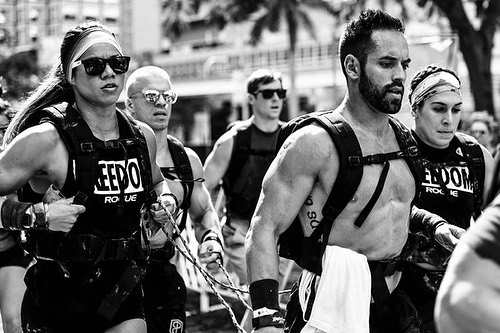 Athletes that earned an invite to the 2020 Games in the team competition did not get much time to grieve the cancelation of their division before a suitable replacement option quickly rose to the occasion.

Less than 24 hours after CrossFit HQ announced that a restructuring of spots at the Games meant dissolving the team competition for the year, Rich Froning announced via Instagram, a new team competition that will serve to showcase the hard work of the elite teams that no longer get to compete in Aromas.

Froning initially teased the idea during a livestream workout that the Mayhem crew hosted on YouTube this past Friday, May 8 — one day prior to the CrossFit Games announcement — revealing some ideas that his team had in the works if the team competition was canceled.

The official announcement from Froning a few days later cemented Mayhem Madness as a reality, giving the nine teams that qualified for the Games through Sanctionals something to look forward to this summer, travel permitting. Official dates haven’t been set but the announcement revealed that the month of August is the target.

The big question remains around whether or not athlete travel will be restricted, particularly with international teams coming from overseas like The Prgrm, Butcher’s Lab, and Starr Strength Black, but there are a few things at play in Mayhem’s favor.

More details about the competition will be revealed in the coming weeks, but the Mayhem Madness competition is just the latest example of how the community has managed to pick up the ball and run with it in the face of unparalleled circumstances.