“I opened up a direct message and there was just a guy sitting on his bathroom sink, dick in hand, and he wrote a really vulgar message,” she says. She began publicly documenting her CrossFit journey about two months prior, but had yet to amass the 678 thousand followers that currently frequent her account. “I was like, ‘God, well this won’t happen very often. This’ll be a one-time thing and I’ll just go about my life as usual.’ I was so wrong.”

Almost five years later, Speegle has received more vulgar Instagram messages than she can count. Some come from profiles she’s never seen before. Others are repeated advances: Though she reported the man behind the original photo, he’s persistently found his way back.

In 2021, it’s not unusual for an athlete to put as much effort into their Instagram presence as they do into their sport. A large following can be the deciding factor in brand deals, speaking engagements, and other supplementary sources of income. But for prominent female CrossFitters, those benefits come with a caveat: Many endure sexual harassment from unknown, presumably male users on the platform, especially through direct messages.

Sola Sigurdardottir, a Nike-signed athlete with more than 100 thousand Instagram followers, said that earlier in her career, she received unsolicited messages from men that were more flirtatious and annoying than outright harassment. “It started off with, ‘Oh, you’re so pretty,’ ‘Cutie,’ and stuff like that,” she explains.

More recently, the tone has shifted. “It’s become more aggressive this past year,” she says, noting that last month, she received an alarming reply to an image she posted on her Story. “There was just this guy wanting to have sex with me, saying ‘Wait until I’m done with you,’ stuff like that. Obviously, if I see these messages, I straight away block that person. But this one had been sending messages for quite some time. I just hadn’t noticed.”

Sigurdardottir receives so many inappropriate messages, offering examples is easy. “Here’s one guy,” she says, reading from her phone. “He says here he will ‘suck on my breasts,’ he thinks they are ‘so sexy’ and says ‘I miss your titties. ’When I complained about birth control [on my Story], he said that if I don’t like it I should just ‘keep my legs closed’… He says that I’m ‘going to need that birth control’ once he’s done with me. I’m not a scared person, but when I read stuff like that, I’m like, what if I was to meet this guy alone somewhere?”

Yet her professional athletic ambitions require her to brush it off: “You can’t be sensitive to this when you have this base [of followers], but this was just like, it was a different level.”

This kind of harassment isn’t just happening in the privacy of DMs. “I want to be your boyfriend and be the lucky guy who gets to kiss up and down your stomach Ella and also can I message you right now so I can get to know you better,” one user recently commented on a photo of Ella Wunger, a Swedish CrossFit athlete with 28 thousand followers who qualified for the 2020 CrossFit Games with The Progrm Team.

For Speegle, the harassment has bled from Instagram into the real world.

“When I had moved from college to Orlando, about to hit my second year of CrossFit, I had this guy who contacted the gym where I was working out at the time,” she recalls. “The person who talked to him on the phone stupidly gave out my number without asking me, and he proceeded to start harassing me. In about two and a half years, I had to block over 50 numbers because this guy would call me and just say really, really gross stuff. I contacted the police one time, and they were like, ‘You can get a restraining order, but we can’t enforce it because he’s not doing anything illegal at this point.’” At the time, her fears echoed the same ones Sigurdardottir has expressed: “I was like, ‘What if this person actually decides to show up at my gym one day?’”

That year, the situation escalated when a video of Speegle mysteriously appeared on PornHub. The clip, which shows her biking out of a Starbucks parking lot, has since been removed, but it’s a disturbingly real example of how emboldened online trolls have become. “At first, I felt relieved,” she explains. “I was like, ‘OK, I’m riding a bike. Who cares?’ But then I saw that the views on the video were high, and the comments were disgusting…It hit me then that I couldn’t even go and get coffee on my bike without being sexualized. After that, I stopped riding my bike around town.”

“You’re affecting somebody’s day, somebody’s night, somebody’s fear of leaving the house,” says Sigurdardottir. “It’s just so much bigger than sending a message, the effects it can have on a person.”

Harassment can even impact career opportunities, which Speegle knows all too well. After competing on (and winning) the second season of Dwayne Johnson’s The Titan Games, verbal abuse forced her to miss a potentially life-changing phone call.

“At that point, I was getting calls almost every single day. It was the same exact call. I’d pick up, I’d say hello, there’d be a slight pause, and then the guy would always say something gross like, ‘I want to come on your feet,’” she says.

Unbeknownst to her, Johnson would soon try to contact Speegle from a similar unknown number: “Dwayne called me and there was a pause, and I was just like, ‘No, not today. I don’t want to hear someone talking about coming on my feet, so I’m just going to hang up and block the number right now.’ It makes me so mad that people harassed me so much that I missed that opportunity.

“It’s something where I felt like if things could have been different, it could’ve been some kind of business or personal relationship,” she explains. “There’s no way I could say anything would’ve happened, but I also can’t say nothing would’ve happened. What I do know is because of everything, I definitely didn’t give him a great impression of who I am. It’s one of those moments I’ll look back on and really be upset about, forever.”

At the end of the day, Speegle says it all goes back to Instagram — how else would the original caller have found her?

Speegle has never censored her Instagram posts to avoid malicious DMs, but Sigurdardottir often thinks twice before uploading certain photos. “I don’t always feel comfortable putting out what I want to put out, just because I know which comments will be put on my posts and which DMs I might receive,” she says. “When I put on makeup and dress up in a dress, something like that, those pictures seem to get the most likes and the most attention, the most people sending them around. Those pictures get a lot more attention than when I hit a PR in clean and jerk.”

Both women agree that their experiences with Instagram harassment are hardly unusual, and that the issue impacts more than just those with large followings. “No matter what you post, the haters are going to come out, people that love you are going to come out. It’s just what you have to deal with now to have a social media account, and not even a social media account with a lot of followers,” says Speegle. “I have friends who keep their stuff really, really personal and they’ve gotten the occasional weird fetish DM or sexual DM. It’s not just people with a lot of followers, and I think people forget about that.”

“I know that other girls are getting it — my roommate, last week, got a Snapchat asking her if she needed a sugar daddy. It’s all around us, it’s not just athletes,” adds Sigurdardottir.

The men who message Speegle usually aren’t involved in CrossFit, but she feels the community should do more to address the advances endured by female athletes. “I think in any community, things like this aren’t discussed enough,” she says. “I find when people don’t have an answer to a problem, they tend just to move on to the next situation.”

Sigurdardottir agrees: “It should be discussed more, a hundred percent. Maybe there’s an article here and there, but it all gets forgotten, I think.”

In February, CrossFit talent manager Snorri Baron posted an email received by one of his female clients on Instagram. “Sugar daddy/baby type of arrangement,” wrote the sender. “Seen you on IG, stunning…Could be a way to make some good money and this is hardly work.” No mention is made of the athlete’s ability, career, or personal agency.

“When I get these messages, it’s the same as when you’re walking down the street and a car beeps at you and you hear men yelling out the window,” says Sigurdardottir. “It just dehumanizes you a little bit, like I’m not a student or a girl or a CrossFitter. I’m just this sex object, this sexy girl that they feel like they need to honk at and yell at.”

After a brief pause, she smiles softly and adds: “I don’t know if I can say this, but sometimes I would just like to delete my Instagram.” 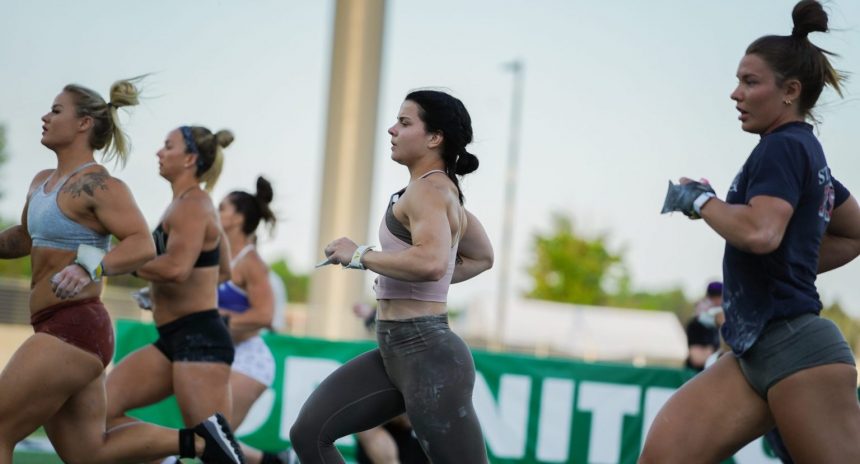