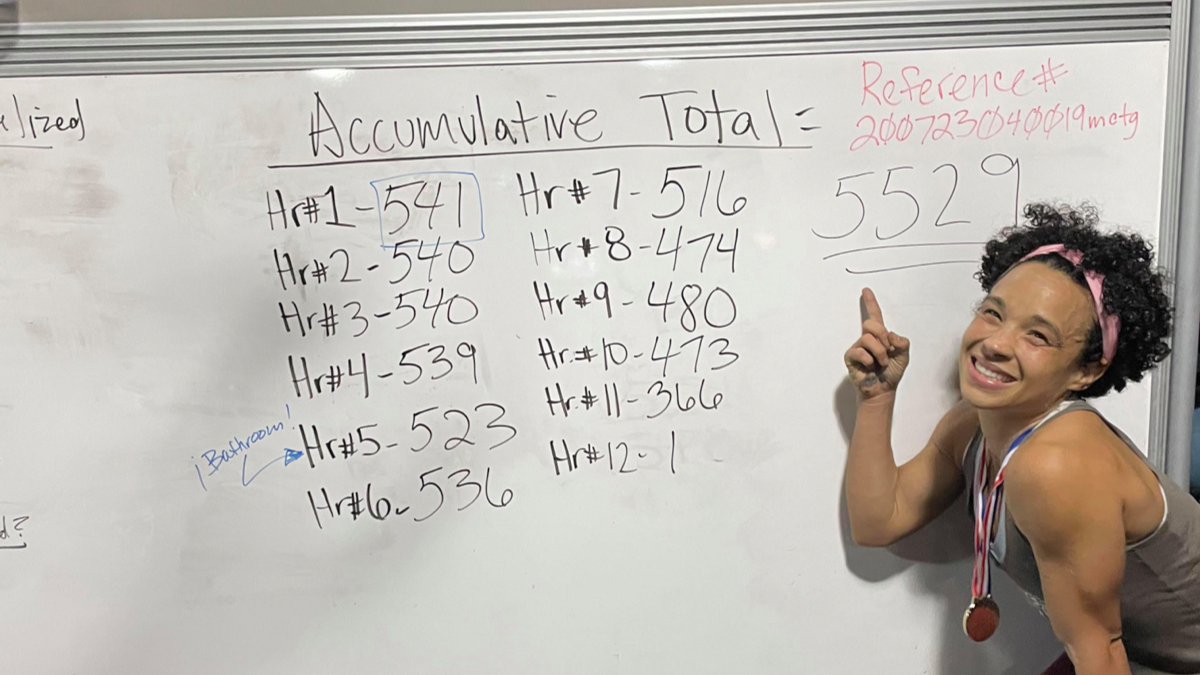 When Angela Chatman began CrossFit at Elk Grove Fieldhouse in 2019, her goal was to learn how to climb a rope. Two years later, she’s breaking a Guinness World Record and making a name for herself in the CrossFit Open. But not for rope climbs, for burpees…5,529 in 12 hours to be exact.

The details: As gyms were shut down globally due to the pandemic, many coaches programmed WODs that members could do at home with minimum to no equipment. So what did many of us do for months on end? Burpees. And that’s exactly how Angela Chatman’s journey to break the Guinness World Record for most burpees in 12 hours began.

And if breaking the World Record for burpees isn’t impressive enough, Chatman also came in first place in the equipment free division of the Open this year.

What her training looked like to break the record: Chatman trained for five months. She started with a 60 minute EMOM of nine burpees. Each week, Chatman would increase the amount of reps per week until her and her coach were confident she would be able to keep it up for the entire 12 hours. But it didn’t come without some speed bumps along the way.

December 6, 2020, The day she broke the record: Chatman started off with the progression she had been dialing in on for nearly half a year: Complete 9 burpees every minute. She said, that gave her about 20 seconds rest before dropping to the floor for the next set of burpees.

Remind me: The previous Guinness World Record for most burpees in 12 hours was 5,332. With Chatmans impressive 5,529 burpees, she destroyed the record by 197 reps. It goes without saying that the human body is going to pay for a feat like that.

For Chatman, she says the pain was all worth it. It’s not just about breaking a record, but being a role model for her kids.

So what’s next? Chatman is now looking to break the record for most burpees in one hour. 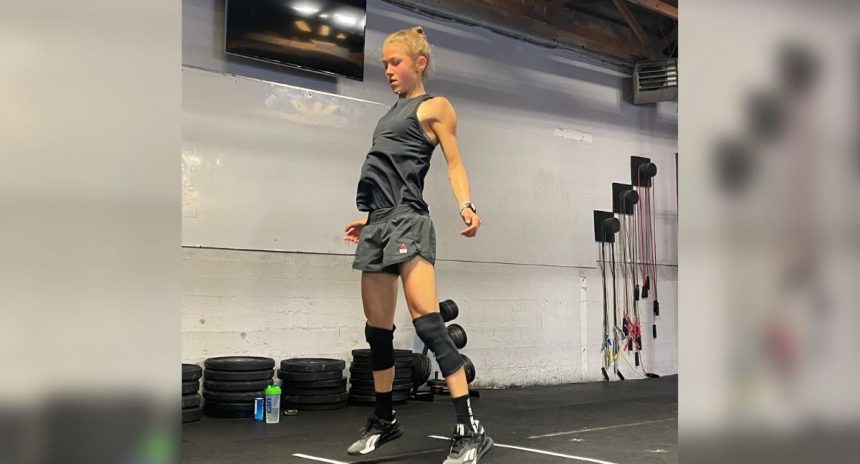