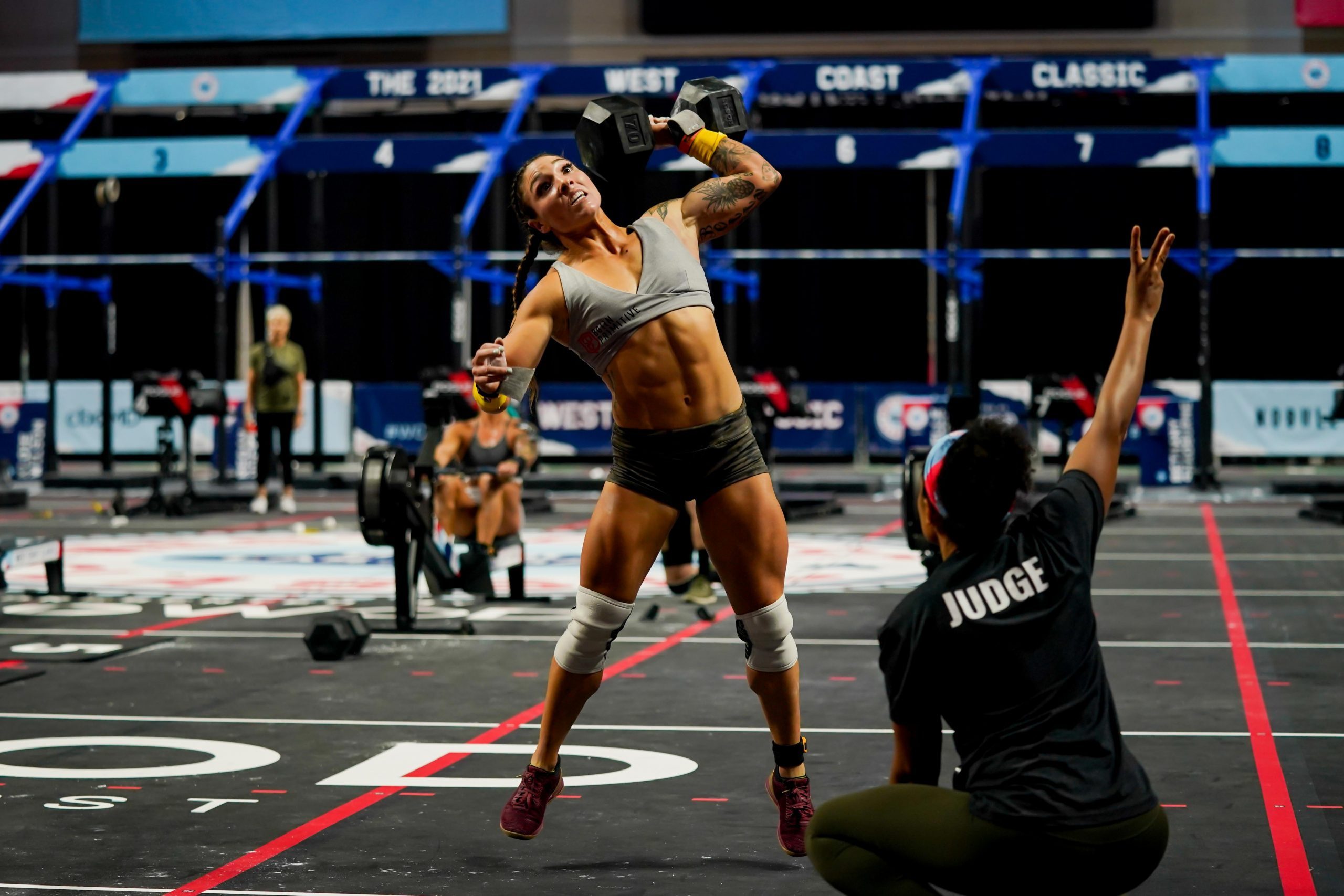 All three divisions got an early start on day two in an effort to finish the grueling 6k Ruck Run before the 115-degree heat settled on the city of Las Vegas. Regardless of weather, a test like that will inevitably affect performance in subsequent workouts. Although there were three workouts listed for Saturday, the unwritten test for everyone was their ability to recover and still perform after the Ruck.

Men: Fifth, first, first, fifth, second — these are Cole Sager’s finishes so far. His 464 points are over 70 points clear of second and if there were any doubts about whether the challenges life has thrown him this past year have affected his fitness, those seem to have been answered. Nevada native Sean Sweeney and former second fittest man on earth Noah Ohlsen sit second and third, both men moved up one spot from yesterday and will be confident in their abilities to stay in the top five tomorrow.

Where it gets tight is spots four through six:

Moorad has a 35-point cushion over seventh place Matt Poulin, and considering the experience and points gap of the top six, it seems unlikely for any of the Games spots to come from anywhere lower.

When it comes to the last chance qualifier, however, there are several men who will be clamoring to extend their seasons. Matt Dlugos is in eighth at the moment, three points ahead of Spencer Panchik. Kyle Bernier (10th), Cedric Lapointe (11th), and Jacob Pfaff (12th) will have to go for it tomorrow and hope it pays off if they want to move into one of those positions.

Women: There are several battles brewing in the women’s division as we head into the final day.

Teams: Day two was all about Blues City Athletics. Although they were sitting third after day one, no one was really talking about them. After day two however, everyone is. Beginning the day with a second place finish on the ruck run was a great start to the day. Their men doubled down tying for second on the one rep max clean and jerk event. It was all about execution for their women, who despite knowing they wouldn’t win that event, both hit lifts they were targeting and finished in a respectable eleventh place. The final event of the day wasn’t bad either, they finished fifth and despite still being in third, are now only five points out of first place.

Besides Blues City, it was mostly business as usual for the teams people have been focused on: