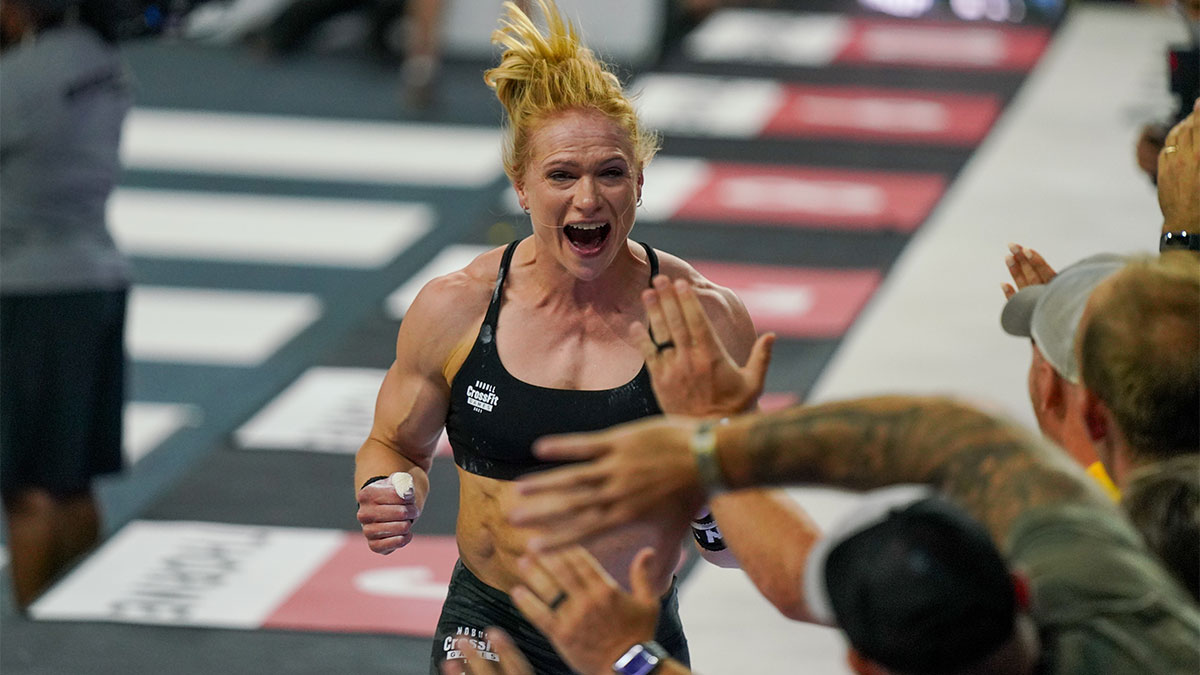 The 2021 NOBULL CrossFit Games came to an end on Sunday, Aug. 1, with three final individual events. Tia-Clair Toomey locked up her 5th straight title with a dominant performance, but her medal was not the most intriguing part of the weekend. The battle for third place stole the show as five women fought for the final place on the podium behind Toomey and Laura Horvath. Ultimately, Annie Thorisdottir took home the medal after she and Holte went to battle to see who would sneak into that third podium position.

One big thing: Entering the final day of competition, Kristin Holte was projected to end up on the podium with 834 points. However, she only had a ten point lead over Annie Thorisdottir (824). Haley Adams had 810 points, Kristi Eramo O’Connell had 804 points, and Gabriela Migala had 802.

With Thorisdottir and Migala nipping at Holte’s heels, the Norwegian athlete needed to avoid any mistakes while completing a brand-new movement. She and her peers headed to the  Coliseum to complete a couplet of 275-pound deadlifts and freestanding handstand push-ups.

Thorisdottir captured the win in an exciting fashion and set up one final battle for the bronze medal. She and Holte just needed to take on Event 15 and conquer 600 meters on the rower, 90 chest-to-bar pull-ups, and three different style 36-foot lunges. The athlete who finished first, would capture third place.

Showdown in the coliseum: Following an exciting battle in the men’s division that crowned Justin Medeiros the Fittest on Earth, Thorisdottir and Holte took to the competition floor for one final battle. They sat down at their rowers in the calm before the storm, waiting for the starting beep.

Thorisdottir stepped across the finish line with tears in her eyes and a smile on her face. She embraced Toomey and then crouched down in the midst of a powerful moment. She officially locked up third place in the 2021 NOBULL CrossFit Games, her 5th time stepping on the podium in a legendary career.

Bottom line: The 2021 NOBULL CrossFit Games did not disappoint in the return to Madison, WI. Toomey made history while two of the iconic athletes from the female division took part in an epic battle to cap off the weekend. Thorisdottir built upon her legacy with another podium finish while Holte only reinforced her spot as one of the sport’s most underrated and consistent athletes.