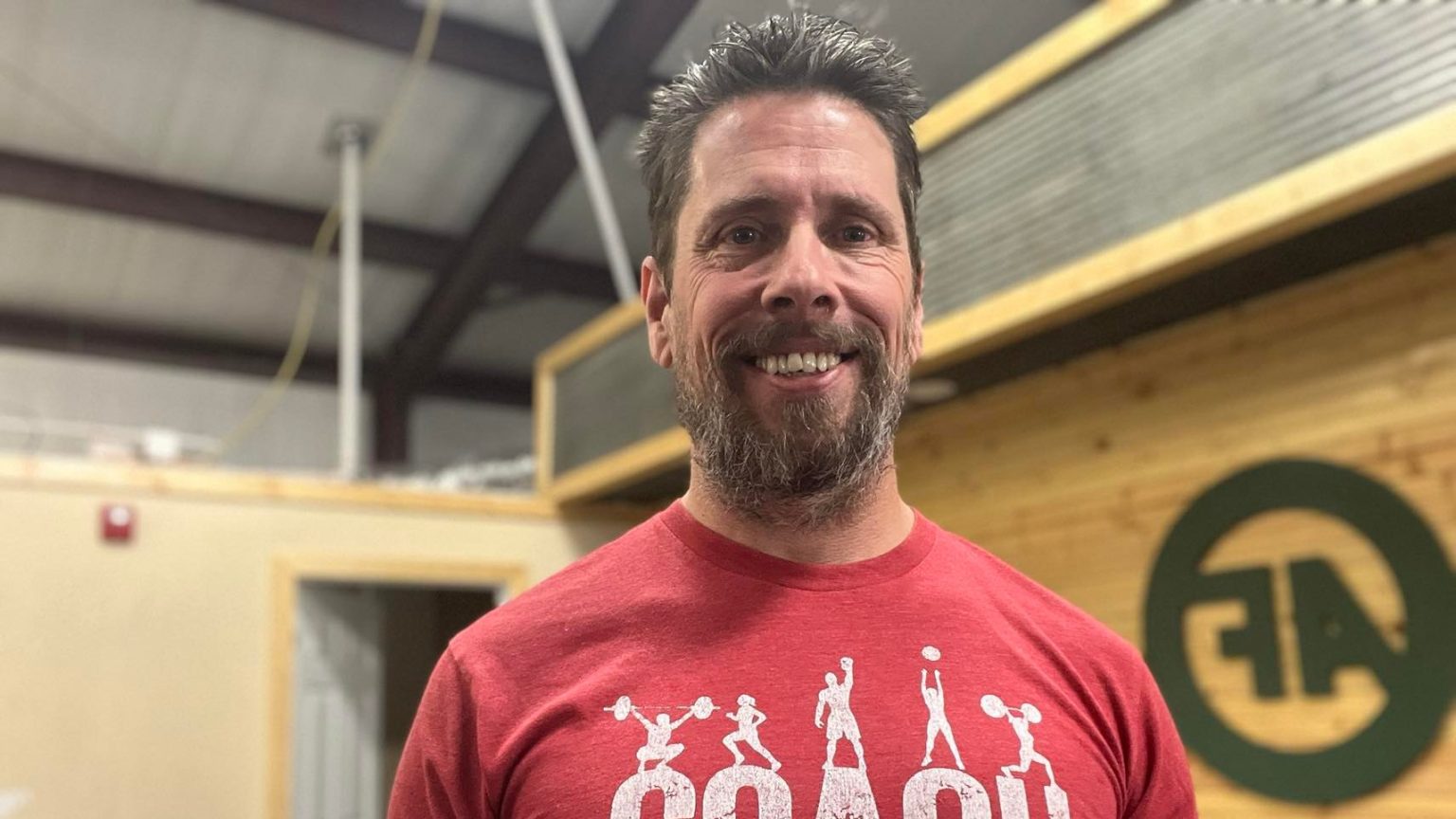 “I would go to noon AA meetings and you would just see all these people that have spiritual health, but there was no physical health that went along with it…and from my own experience, if you connect the physical with the spiritual and the emotional, then recovery takes on a whole new face,” said King, a CrossFit Level 2 Coach with 28 years of sobriety.

He knew CrossFit was the perfect fit for this group of people, as it had helped him add “a component to my sobriety that I didn’t expect,” said King, who found CrossFit in 2011.

“It, in essence, filled the hole in my donut,” he explained.

King’s solution was to open a gym, Infinite Fitness and Health in Wharton, NJ., and launch a Fit and Sober program, which he did in 2018.

“It’s a free class…It’s open to anybody in any type of recovery…whether you’re recovering from over eating, domestic violence, alcohol, drugs, gambling, sex. I don’t give a shit. We’re all recovering from something,” explained King, who started using at the age of 13, and at one point was homeless “eating out of a dumpster.”

Today, the Fit and Sober class at Infinite Fitness and Health involves a one-hour long introductory CrossFit workout followed by recovery meeting, and has been taken over by Jessica Lindsey. She purchased the gym from King during the pandemic, as King moved to Oklahoma with his wife and now coaches at Five Alarm Athletics in Vinita, OK, where he runs a program for adaptive athletes and is about to start a Fit and Sober program there, too.

When Lindsey took over the gym from King, keeping the Fit and Sober program going was a no brainer, as she has seen the difference it has made on so many people, many of whom have gone on to become regular paying members of her community, she explained.

Secondly, she wanted to keep the program going to show her respect to King, who she credits with “giving me my life back.”

In 2010, Lindsey underwent a total knee replacement, and during the process, both her sciatic and femoral nerves were severed, leaving her unable to walk without a cane or another form of assistance.

“I was told I would never walk again,” she said.

Determined to prove her doctors wrong, Lindsey committed herself to rehabilitation through physical therapy for nearly eight years, but was still unable to walk without assistance.

Then, in 2017, Lindsey met King at an amputee support group and he convinced her to train with him.

“I was there everyday, and I remember we had to put a crash pad out because I fell a lot…but with his coaching and my investment and stubbornness…I was walking and running within a month,” said Lindsey, now a CrossFit Level 2 coach.

Five months after that, she ran a five kilometer race.

King’s passion for helping adaptive athletes, as well as people recover from injuries like Lindsey, stems from his brother who was killed in a car accident in 1988, a brother who was a congenital amputee born without a left arm from the elbow down.

When King found CrossFit, he said he asked himself, “‘If my brother was still alive…would I be able to train him?’ And the answer was no,” King said.

This realization led him to pursue various adaptive coaching courses and certifications and begin offering his coaching services for free to any adaptive athletes looking to gain fitness.

The rewards have been amazing, he explained.

“I had a woman come in to me who had a traumatic brain injury…she was told she would never not be in a wheelchair or (never not need) a cane…And I started working with (her) three times a week,” he said.

“Within a year, not only was she walking, but she was a sponsored adaptive snowboarder, and today she has her driver’s license and a job…and that’s life changing,” he added.

The sad part to King is that as she was improving, her physical therapists continued to tell her CrossFit was dangerous.

“And she says, ‘but I can get up and down on my own so something’s working,’” King said.

He added: “I am the bridge between physical therapy and real life… I take over where healthcare drops people off…Healthcare needs us sick or dependent in order to be lucrative. Fuck them, I say.”

Another adaptive client who has a big impact on King is a woman named Melissa King, who, like Lindsey, had a tendon severed during a routine procedure to remove a bone spur, eventually resulting in her having her foot amputated. King started training Melissa remotely and fell in love with her within two weeks. Today, she’s his wife.

Why He Does It

Though he could charge money for his adaptive coaching services, King never has and never will.

“Maybe it’s poor business prowess on my part, but I never looked to it to be a money maker. People who are going to do CrossFit are going to come in and do CrossFit, but people I target for this are really people who need it,” King said.

It’s just something he feels he needs to do.

“You see people come in who are emotionally broken for whatever reason, whatever their path is that got them to that point. And I always felt like it was my job…to bridge the gap to you improving your life,” he said.

Though it’s selfless, this doesn’t mean there’s nothing in it for him. There is. He gets to witness magic.

“The most rewarding thing (is) seeing them achieve things they never thought possible, or were told they’d never be able to do,” he said.