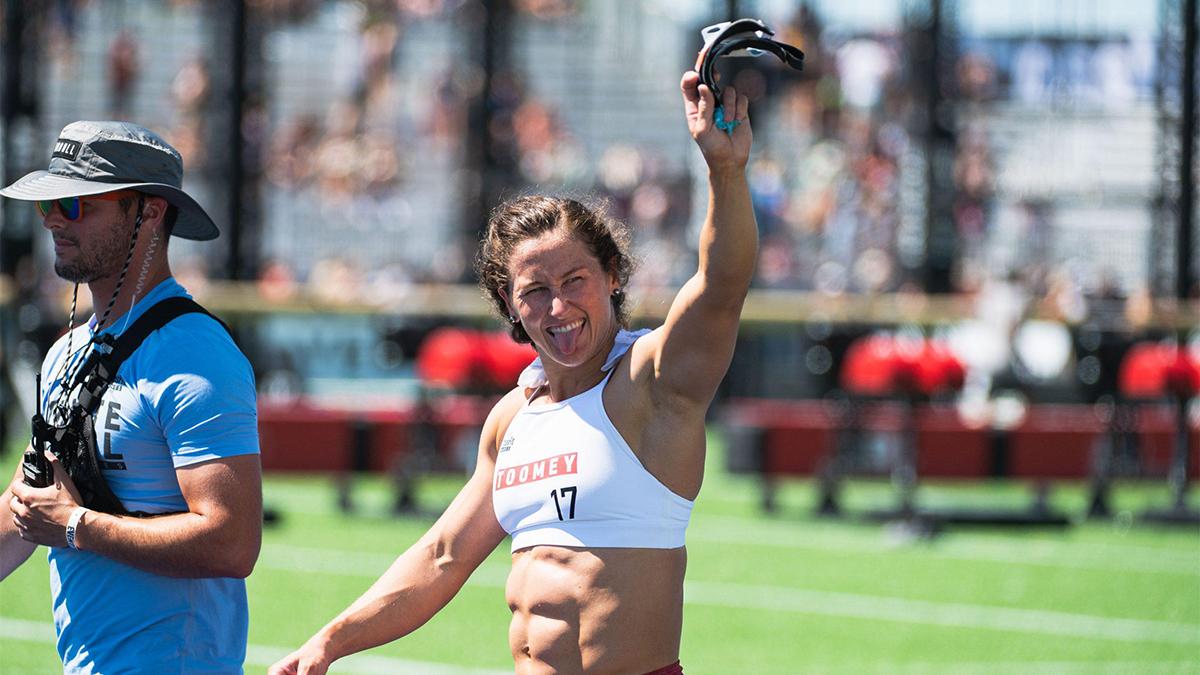 In each sport, there’s an ongoing debate that rages among the diehard fans. The discussions are endless in the search for a definitive answer to a subjective question: Who is the greatest of all-time?

Arguments usually boil down to one statistic: How many titles or championships did they win?

Names like Michael Jordan, Jack Nicklaus, Wayne Gretzky, Serena Williams and Tom Brady all stand atop their respective mountaintops because they have the trophies sitting in their cases, and more of them than any of their counterparts.

In this sense, Australian Tia-Clair Toomey has just done what no other CrossFit athlete was able to do: win six consecutive CrossFit Games titles. She now has more consecutive title wins than Mat Fraser (five), who many would argue is CrossFit’s G.O.A.T. (Greatest of All-Time) and Rich Froning, who has four.

Toomey has entered uncharted territory, but is she the greatest of all-time?

Toomey burst onto the scene in 2015. The then unknown Aussie surprised the community when she placed second in the world behind Katrin Davidsdottir.

Was it a fluke? Was she a one-hit wonder? The CrossFit community wasn’t sure.

Toomey returned in 2016 and still didn’t really look like she believed she belonged at the top. The result was the same: another second place finish behind Davidsdottir.

One year later, though, possibly tired of being second, Toomey returned with just a touch more swagger, but only a touch. This one came down to the wire between Toomey and fellow Australian Kara Saunders. Toomey almost lost once again, but she managed to pull it out by the skin of her teeth, winning by just two points.

Since winning her first title in 2017, Toomey adopted a new mindset that allowed her to compete year-after-year with the confidence that she’s the fittest woman currently roaming the earth. And her margin of victories since then reflect this.

How does this Compare?

From a pure number of individual titles perspective, Toomey has to be ranked above Rich Froning and Mat Fraser. But what about their margin of victory? Should this play a role in the greatest of all-time conversation?

But what about total titles won, including team, and what about longevity in the sport? When we play that game, Froning, who has been on the podium 12 times since 2010—with 10 titles and two second place finishes—is the G.O.A.T.

The point is, there are so many ways to look at the, who is the greatest of all time, question. And maybe that’s why fans like it so much: It stirs interesting debate, and provides a question that might never create consensus.

And maybe, just maybe, it’s not even a question we need to answer.

Does it matter if we have a conclusive answer about whether or not Toomey is the greatest of all-time? She is undeniably the Fittest Woman on Earth, and has been for the last six years.