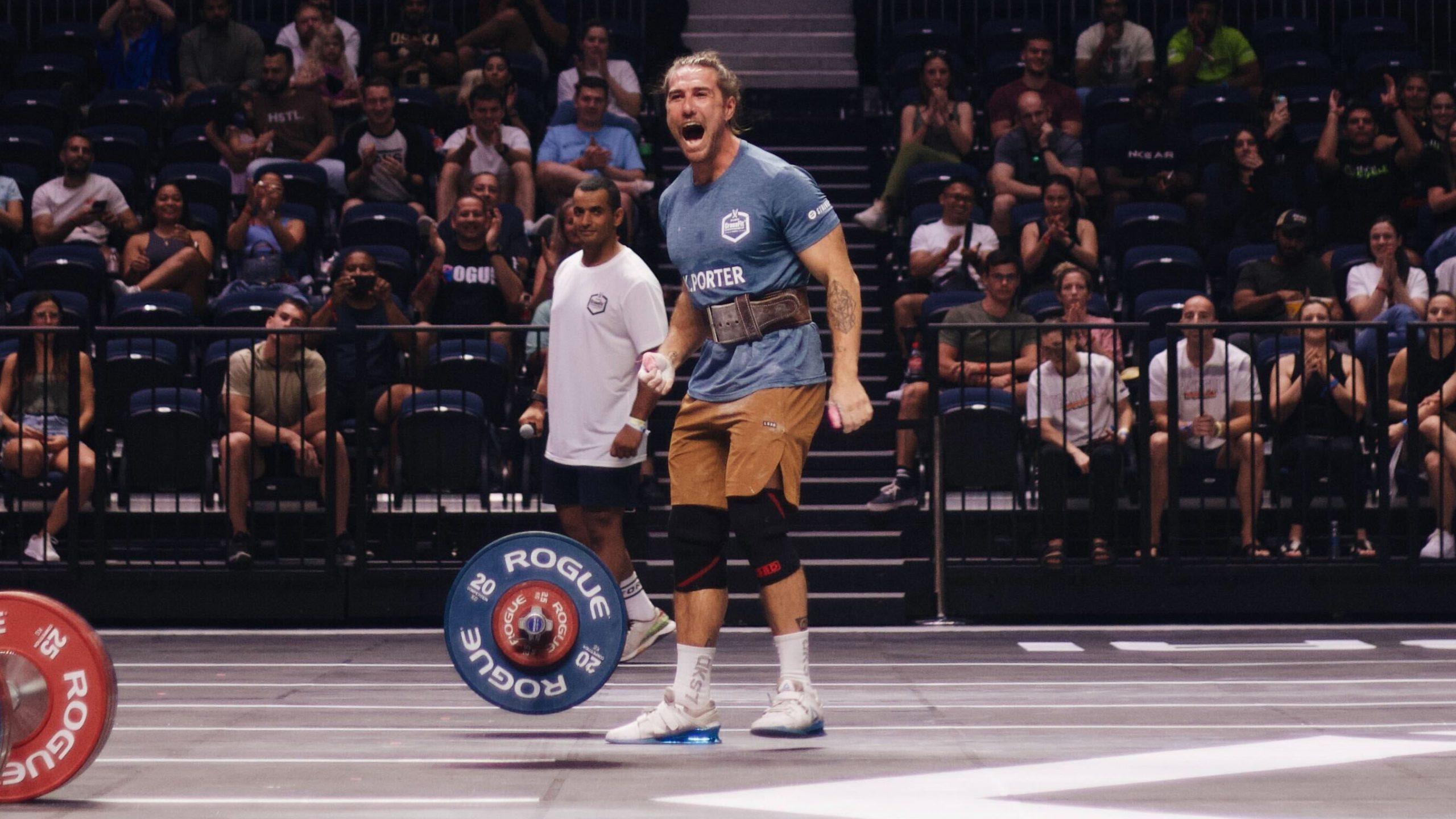 After climbing the tallest building in the world the first day of competition, Day 2 at the Dubai FItness Championships at the Coca-Cola Arena took a completely different turn: A max hang clean. (Note: the leaderboard is unofficial until tomorrow.)

The details for Event 2: As is often the case with pure strength events, the men who came out on top weren’t the ones we expect to be on the podium at the end of the weekend. In fact, the top CrossFit Games athlete in the event was 2022 German rookie Moritz Fiebig, who finished third with a lift of 170 kg (374 pounds).

Event 3: Event 3—a three-round workout of SkiErg calories, toes-to-bar and snatches that decreased in reps but increased in weight each round—caused another leaderboard shuffle.

In the final heat, Victor Hoffer, the youngest athlete in the field at 19 years old opened up a slight lead into the second round of SkiErg calories, by the end of that round, though, Fikowski and Jonne Koski had taken over.

Event 4: Heading into the final event of the day—a three round elimination-style event of calories on the Echo bike and legless rope climbs—Fikowski had the lead, but was tied in points with Fiebig, while Alex Kotoulas, the leader after Day 1, sat in third.

The big picture: The men’s leaderboard heading into the final day of competition isn’t one many would have predicted. While Fikowski leading the way is no surprise, Fiebig—who was 36th at the Games last summer as a rookie—sitting in second is arguably more so, as is Ekai, a 2021 Semifinals athlete, who is sitting in fourth. Further, Lazar Djukic, who had a tough first two events, sits lower than expected, with his brother Luka, who he usually beats, two spots ahead in eighth.

That being said, the leaderboard is a tight one and there are still four events to go. Luka in eighth is just 30 points out of third, and Lazar is just 40, so any one of the top 10 men right now still has a legitimate spot at the podium, thus promising an exciting final day in Dubai.