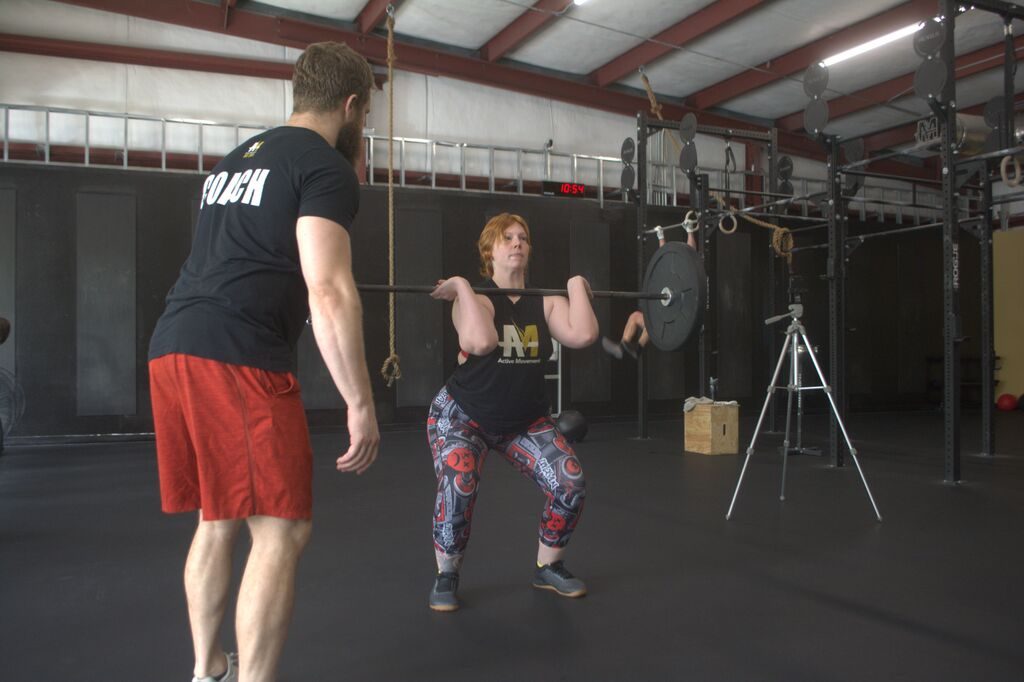 In memory of Gigi, who passed away just a few weeks after I wrote this. Though she was little, she was fierce and strong in her own way and inspired me to become better myself.

How do you prepare yourself when the universe throws a detour on life’s highway? For me, I found out it was CrossFit that was preparing me.

Of course, I didn’t realize it at the time. I always thought CrossFit was about getting a good workout. A place I could go and make friends who could commiserate the aftermath of Fran, or the five rounds for time, 12 calorie assault bike (I still have PTSD over that one… thanks Pat).

But the day I discovered that CrossFit had been preparing me for bigger things was actually just a normal day for me. It’s always a normal day when something like this happens. It was just a “binge-watch Netflix and laundry” type of day, until I heard my mother’s panicked voice yelling my name from the back door.

This was a tone she did not use often.

I immediately knew It meant that something was very wrong, and she was scared.

Gigi is my beloved 91-year-old, 90-pound grandmother who loves to go out to the family barn, sweep the front cement pad and hose it off. It is something she loves doing regularly, but on that day she forgot she had laid the hose down. She tripped over it and fell, hard, onto the cement, rolling into the thick mud that had formed from heavy rain the night before.  My mother, who is a petite woman and 95 pounds soaking wet, found Gigi and was unable to help her, no matter how hard she tried.

I fled through the door and sprinted the 200 meters to the barn. I could see Gigi, covered in mud, bloody from her fall.

“I’m here, I’m here,” I yelled as I stopped in front of Gigi. I assessed the situation. I remained calm, which was odd for me, as prior to this event, I had always been the one that lost it under extreme stress. I realize now that it is the time limits on the WODs in CrossFit that have helped me learn how to focus on the task in front of me, and only that, so that I can remain calm and controlled in stressful situations.

“I think I’m hurt,” Gigi said as she wiped the tears from her eyes.

I motioned for my mother to grab a nearby chair. We positioned the chair next to Gigi and I squatted down next to my grandmother.

I had always been the one that lost it under extreme stress. I realize now that it is the time limits on the WODs in CrossFit that have helped me learn how to focus on the task in front of me, and only that, so that I can remain calm and controlled in stressful situations.

My CrossFit training came to me like second nature; proper form, where to hold my balance in my feet, to lift with my legs and not round my back. I picked her up with ease and set her down in the chair.

My mother stayed with Gigi in her chair while I sprinted back to the house, grabbed my keys, and drove the car over to the barn.

I knew I would have to carry her from the chair to the car and I reminded myself of cues from my coach at Active Movement, Jon. Don’t round your back. Shoulders back. Chest up. I picked my grandmother up from the chair, walked the handful of yards to the car and gently placed her in the back seat.

A speedy car ride later, I pulled up to the emergency room entrance. My mother rushed to get a wheelchair, and for a third time I picked Gigi up, lifted her out of the backseat, placed her into the wheelchair.

“How did she get into the chair?” One of the two nurses asked as they wheeled her back. “Did she walk?”

My CrossFit training came to me like second nature; proper form, where to hold my balance in my feet, to lift with my legs and not round my back. I picked her up with ease and set her down in the chair.

“What? You?” They both looked at me like I had grown a second head. “How?”

“She does CrossFit,” my mother said proudly.

If you had told me a year ago, before I started CrossFit, that my perseverance would help me keep a level head under duress and lift a 90 pound, injured woman with ease over and over again, I would’ve laughed at you.

When most people hear the word CrossFit, they think that you’re training to be the next CrossFit Games champion. I used to be that person. I used to roll my eyes and shake my head at the individuals who would say “CrossFit is life!”

But the thing is, life is unexpected. Things happen that we can’t control. What I can control is how I train to react to the unknown and the unknowable, which is why CrossFit really is life.