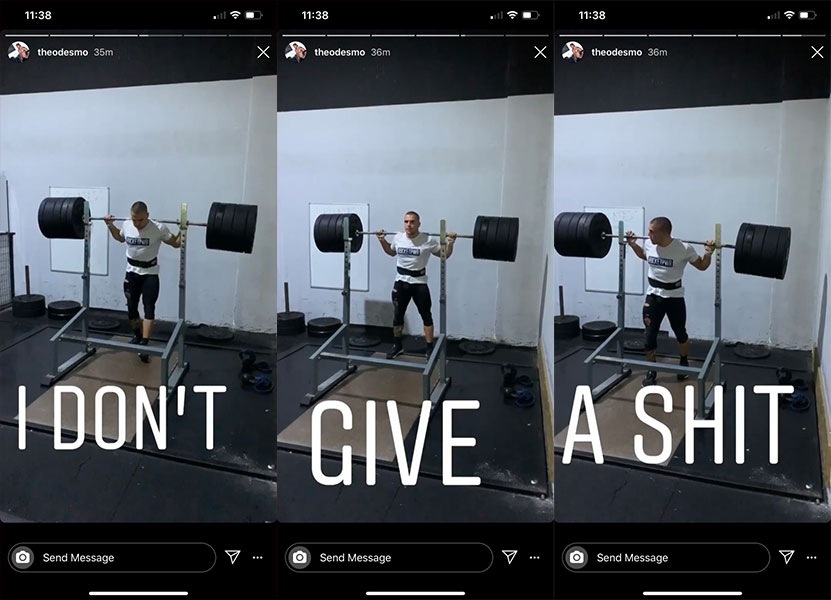 CrossFit HQ announced today that Greek national champion Lefteris Theofanidis was in breach of CrossFit’s drug testing policy. Theofanidis placed third in the CrossFit Open worldwide and tested positive for a banned substance during the 2019 Dubai CrossFit Championship in December. The announcement didn’t say what substances were found, but the national champion is appealing the results, a step commonly taken by athletes in breach.

One big thing: How exactly this will affect backfilling remains unclear. The rulebook says nothing about what would happen if a national champion is in breach of the drug policy.

Unapologetic Theofanidis: Unlike past athletes who have taken to social media to explain, apologize or defend their positive test results, Theofanidis has taken a different approach. In a series of stories on his official Instagram account, he quoted Tupac Shakur’s “Only God Can Judge Me.” Soon after HQ’s announcement, he posted in a series of stories “I Don’t”, “Give”, “A Shit,” a clear shot at the results and the backlash he has received since the announcement. In his Instagram post, he quoted Ultimate Fighting Championship star Conor McGregor by saying “I would like to apologize to absolutely nobody.”