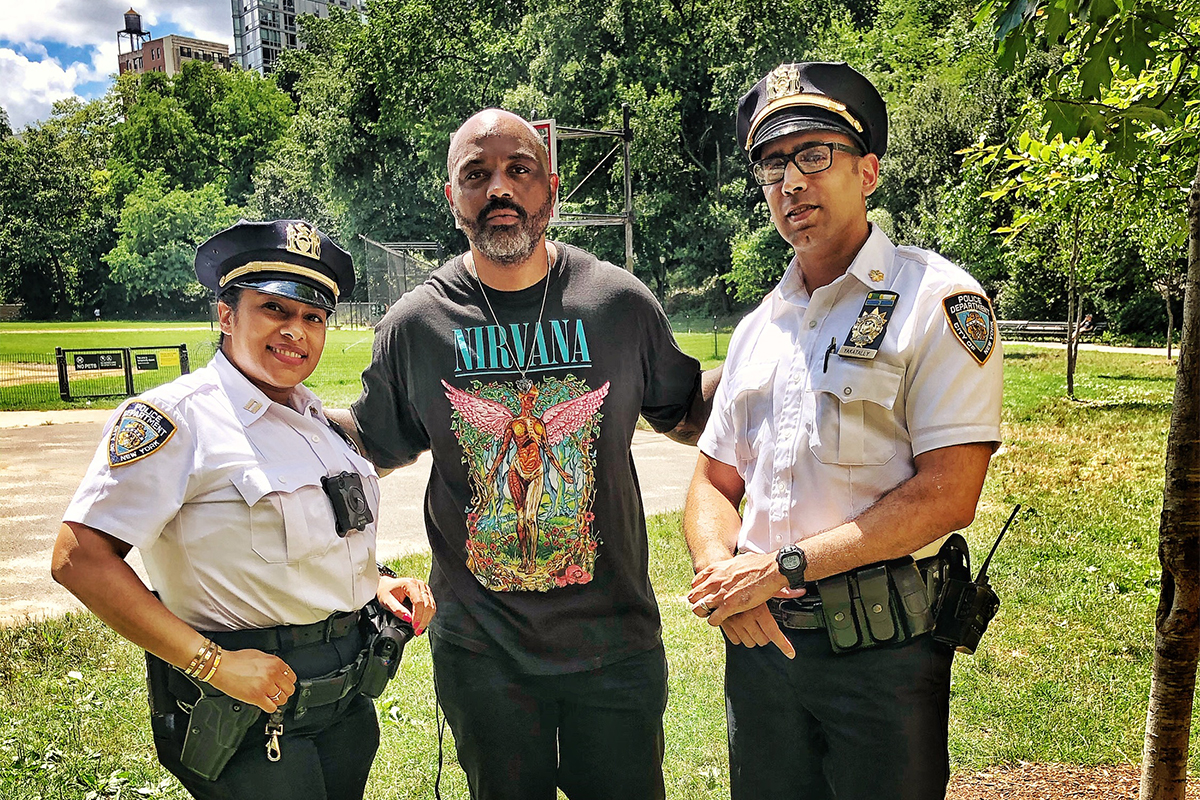 It’s shortly after lunch in Upper Manhattan’s Harlem neighborhood, and already there’s a collection of police vans and vehicles parked and huddled around an area of the Morningside Park, a public park that sits at the western border of Harlem. A collection of NYPD officers, and local youth from the area prepare for a struggle, but as a photographer snaps photos of the group unloading bumper plates, and medicine balls out of the police vans, it becomes clear that the nature of the event about to take place is much different than the ones typically seen under these circumstances.

A joint workout between police and the Harlem youth community is about to unfold in the park, with players from the Harlem Jets youth football team, and roughly 40 police officers from every precinct in Harlem along with the housing authority, and Chief of Counterterrorism.

NYPD CrossFit, a law enforcement affiliate founded in 2018 with more than 250 members reached out to Syn Martinez, former owner of CrossFit Harlem and founder of Afrobrutality Sports, and together they organized the event. Martinez has long been a proponent of fitness and the CrossFit methodology in the Harlem area as a means to educate and unify people of all walks of life; the workout in the park is the result of his latest efforts to bring people in the community together.

The relationship forged with the officers in the gym eventually brought Martinez to the table with the NYPD to discuss ways to develop outreach programs and initiatives like the joint workouts aimed at getting cops inside local gyms and affiliates to work out and learn alongside a Harlem community that is predominantly Black and Hispanic.

Tuesday’s workout was only the beginning of what Martinez hopes is a growing series of positive, community oriented events between the NYPD and the Harlem community, with future events already in the works — one potentially taking place on Wall Street later this month — building off of the lessons learned from the initial park workout and his time at CrossFit Harlem.

“We’re gonna try and make this as beautiful as possible,” states Martinez, “really set the stage so that my community, and the police community really show up big for each other.”