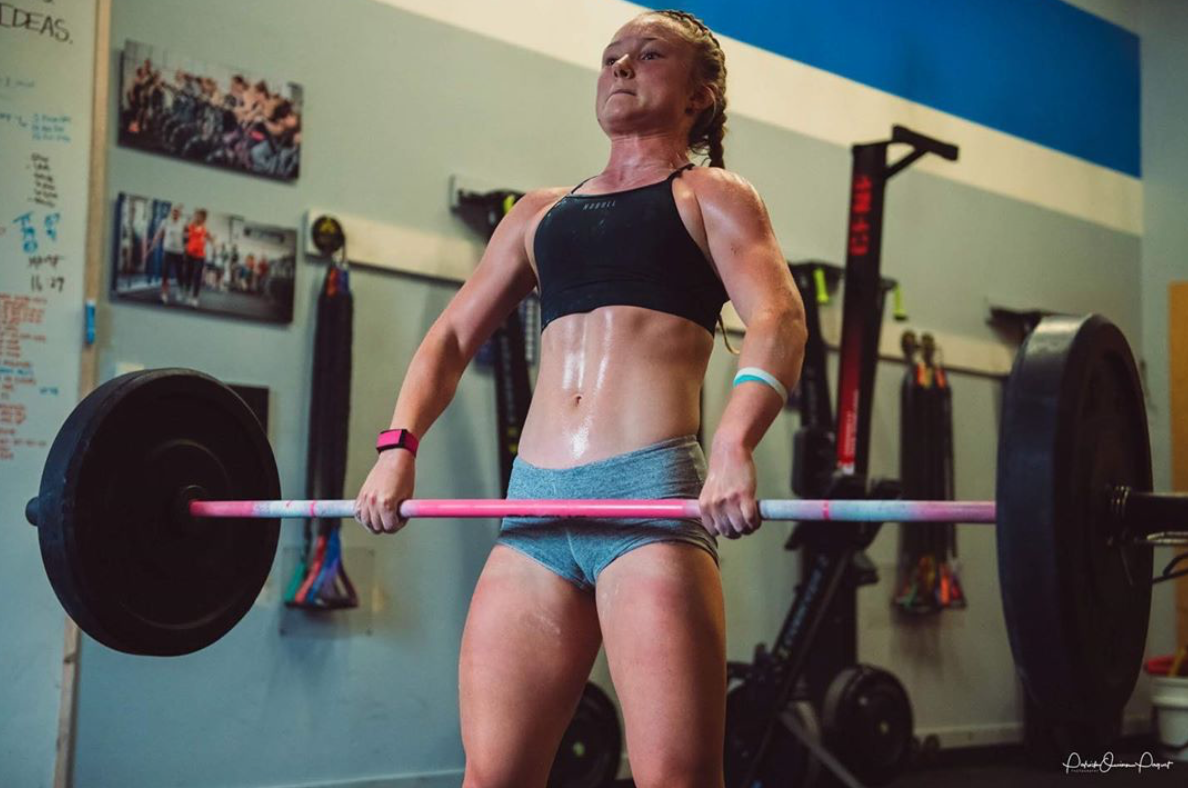 According to 18-year-old Tessa Marquette, the post-workout chats in her friend group get pretty intense.  Marquette, a two-time CrossFit Games teen athlete, was spending a muggy Tennessee week in June training with other Comptrain athletes when the conversation turned to the possibility of motherhood in the future.

It was no secret to Marquette and her friends that often women in elite sports often lose their menstrual cycles and experience hormonal imbalances during their most competitive years. But as the first generation of women to grow up with CrossFit — Marquette has been a regular in her local affiliate since the age of twelve — there is uncertainty when it comes to the effects that high-level CrossFit training may have on these girls’ futures.

One big thing: To Marquette and her top-level training partners, this is very concerning, and raises many questions — is this problem as prevalent in CrossFit as it is in cross country or dance? How does social media play into it? How can the community fix the issue before it becomes a bigger problem? Are other girls wondering the same things?

Though competitive CrossFit hasn’t been around long enough to produce evidence one way or another, there’s no denying the existence of the “Female Athlete Triad” in other competitive sports. According to the National Eating Disorder Association, the Female Athlete Triad refers to the development of an eating disorder, the decrease in hormones that produce a menstrual cycle, known as amenorrhea, and as a result, also reduces calcium and bone density, which can all lead to serious health issues. This syndrome is especially common in elite women’s collegiate sports, like gymnastics and cross country.

Seventeen-year-old Emma Gardner recognizes these patterns in the training culture around her. Gardner was a bit of a CrossFit skeptic when she joined CrossFit New England, but her love for the sport quickly grew watching the rise of gym mate Katrin Davidsdottir. For Gardner, while social media has provided a supportive network for her and her CrossFit peers, it has also introduced some darker issues.

While there is no firm research about CrossFitters and body fat percentages, it is widely accepted that, for women, a minimum of 10-13% body fat is essential to be in good hormonal health.

Gardner also touched on the recent move of Games athletes towards being more body-positive, like Amanda Barnhart.

While she counts herself as lucky to have never experienced an eating disorder personally, Gardner’s not been immune to other worrying symptoms. She didn’t get her period for a year after starting CrossFit, an experience she shares with many teen girls she’s met through social media, at competitions, and at the gym.  Her menstrual cycle didn’t return until she started working with Mike Molloy of M2 Performance Nutrition, which Gardner counts as vital to her health as an athlete.

While Gardner has a resource to have her questions answered, and any certain stigmas dismissed, she thinks there are many more girls falling into dangerous pitfalls.

The fact is, menstrual and period shaming runs rampant throughout the world, including the halls of a high school. Athletes like Gardner feeling comfortable talking about their cycle is a badge of honor for M2 and Molloy. According to Molloy, this rapport is established as early as the athlete intake survey, which he counts as vital to keeping these athletes healthy and motivated.

The M2 founder said that, because of the rippling muscles and six-pack abs that get the most attention on social media, a large portion of clients come to Molloy in a caloric deficit, chasing that one-percent body type. “We need to be teaching teens, and everyone, that taking rest days, eating enough, and listening to your body doesn’t make you weak, it actually makes you stronger.”

2019 Games athlete from Team Don’t Stop, Alexis Johnson sees right through the mystique and intrigue of macro-tracking and overeating in elite CrossFit. After recovering from an intense eating disorder in her college years, in which she weighed as low as 88lbs and lost her menstrual cycle, Johnson found CrossFit, which she admitted was frequently the only motivator to get herself to eat.

It took Johnson a year of CrossFit classes to stop constantly thinking about restricting food intake, she said. But once she focused on getting stronger and becoming a better athlete, she found herself quickly excelling and qualified for the South Central Regional in 2014.

Johnson continued to go through bouts of struggles with her eating disorder, but qualified for the Games as an individual in 2016 and 2017, where she placed 31st and 33rd, respectively. After missing Games qualification in 2018, she returned to Madison in 2019 on star-studded Team Don’t Stop with Jen Smith, Travis Williams, and Roy Gamboa.

Johnson has certainly asserted herself as a formidable competitor, but her tactics, training regime, and ethos are, compared to her competitors’, unconventional. A mathematics professor at the University of Minnesota, Johnson spends most of her day teaching and working, getting her MisFit Athletics programming work in between classes. Most starkly different from her fellow Games athletes, however, is her attitude towards macro tracking and her own diet.

Johnson can clearly recall a time at her first Regionals competition when, even a year or more removed from the worst of her eating disorder, the same feelings came rushing back. Between events, Johnson struggled to eat half a Subway sandwich, not wanting to “mess up” her performance or physique. Now, looking back through her own lens of experience, Johnson admitted that it’s hard not to notice the warning signs and behaviors she experienced herself when she’s around her competitors.

Now 29, Johnson can look at the teenage girls competing at the Games and feel for them. Echoing what Gardner said, Johnson knows that as the first generation to grow up in the sport, the uncharted territory of competing, wrestling with body image issues, social media, and maintaining a healthy diet will be an uphill battle. In an ideal world, Johnson said a network connecting teen girls to adult athletes could provide some much needed support.

Four-time Games athlete Carleen Mathews comes from a similar background that includes an eating disorder.. The 2019 CrossFit Games women’s 35-39 bronze medalist struggled with anorexia, bulimia, and later an alcohol problem throughout her early adult years, but found CrossFit in her recovery, where she would then qualify for seven consecutive Regionals.

Mathews admitted that since 2015, when she first walked onto the Games competition field, she hasn’t gotten her period. But after a triumphant debut to the Masters division in 2019, Mathews welcomed her first child, Charlotte, in September. According to Mathews, the transition was not without  its own headaches.

For Mathews, though, tracking macros has been a trusted solace, especially during pregnancy. Mathews owns CrossFit St. Helens in St. Helens, Oregon, and not even the third-trimester got in the way of her time in the gym. Consequently, she has had to make sure she’s getting enough food, even when it wasn’t easy. For Mathews, tracking macros was the easiest way to stay on course.

While Mathews is at peace with her food intake now, she recognizes the troubles women in CrossFit, and elite sports in general, face when it comes to food.

This message of needing to “look like a Games athlete” to be legitimized in CrossFit can be confirmed by just about every teen girl participating in the Open. In an interview with the Morning Chalk Up, Gardner referenced gym mate Katrin Davidsdottir, Brooke Wells, and Amanda Barnhart by name.

There is undoubtedly a precise image of a female CrossFitter that comes to mind for these girls, possibly contributing to the mentality of “eat less, train more” that seems to be quite common. Gardner, however, has come to terms with not looking like the quintessential CrossFit Games athlete, citing age and growth as top priorities.

Thanks to Molloy and other coaches, Gardner seems to have her head in the right place when it comes to body image, eating habits, and her relationship with food. While there may be nothing CrossFit and the community can do to save it’s youngest generation of athletes from the damaging images to come from social media, there is something to be learned Gardner’s outlook.