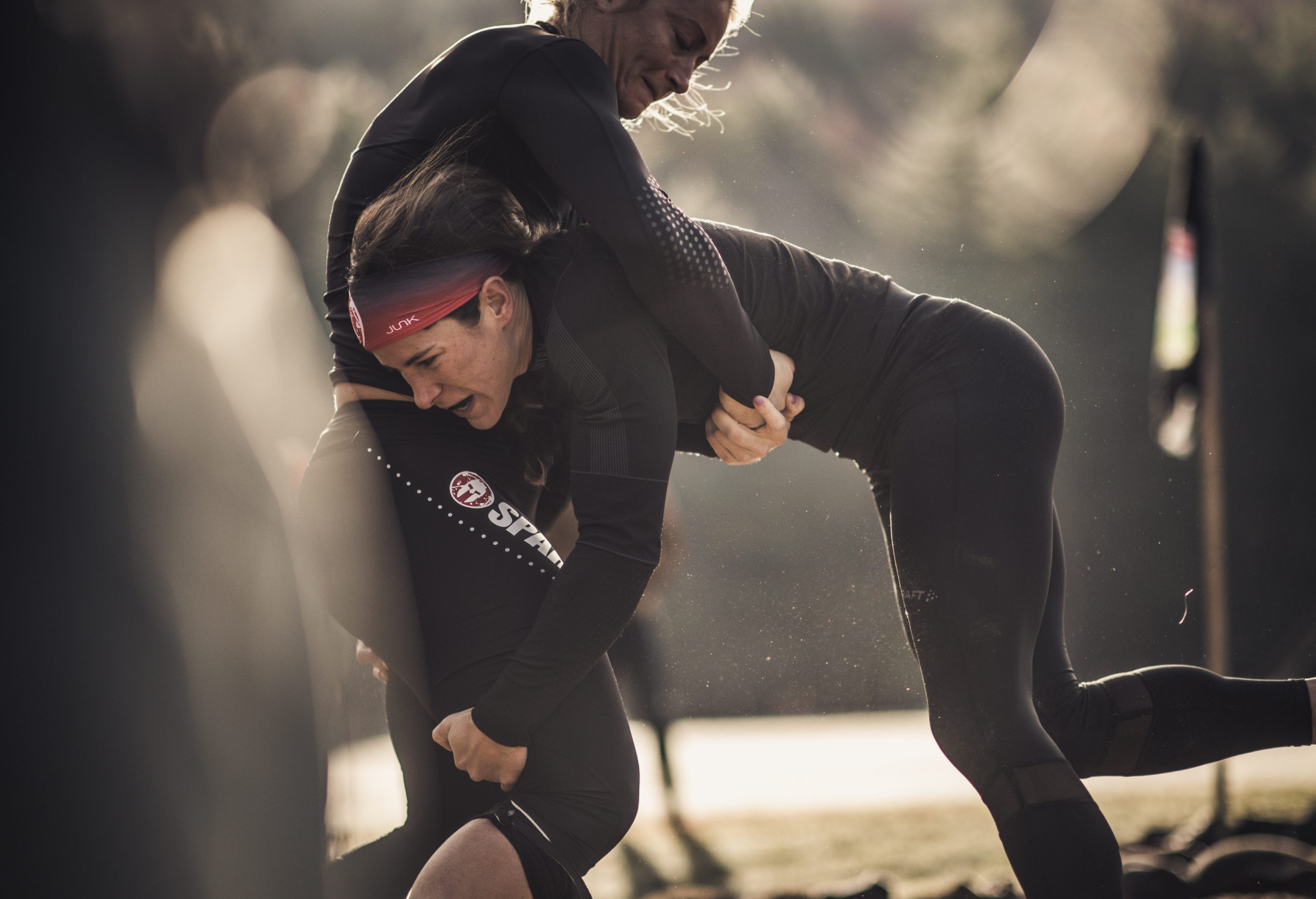 The third episode of the “Spartan Games: Battle of the Fittest, presented by Harley-Davidson” once again featured just two events. However the two events could not have been any different in testing the fitness of the 24 competing athletes. After five events, athletes started to strategize their next moves with the volatility of the leaderboard looming heading into day three of the competition.

Event 6, Spartan Wrestling: With a history dating back over 15,000 years, the athletes would be competing against each other in one of the oldest forms of combat and sport, wrestling. Seeded by their placings on the leaderboard, each athlete would compete in a double-elimination bracket with the final match being single elimination. The first athlete to score five points in the :90 second match would advance. In the event that they did not reach five points, whoever had the higher score or scored first would advance. Athletes got points for pushing their competitor out of the wrestling circle, takedowns and hands or knees making contact with the ground.

Event 7, Spartan Trail Ultra: The final event of the day was a grueling trail run through the technical paths of the Vermont wilderness. Each athlete had six hours to complete as many laps on a five-mile course. By the end of the race many of the athletes had completed more miles of running then they have ever done before.

What’s next: The conclusion of the series will feature three events. The final day of competition will start with a one mile sprint uphill with a weighted vest followed by another DEKA Heavy, functional fitness workout and concludes with the Spartan Cross obstacle race.