Training With a Mouthpiece? One Researcher’s Journey 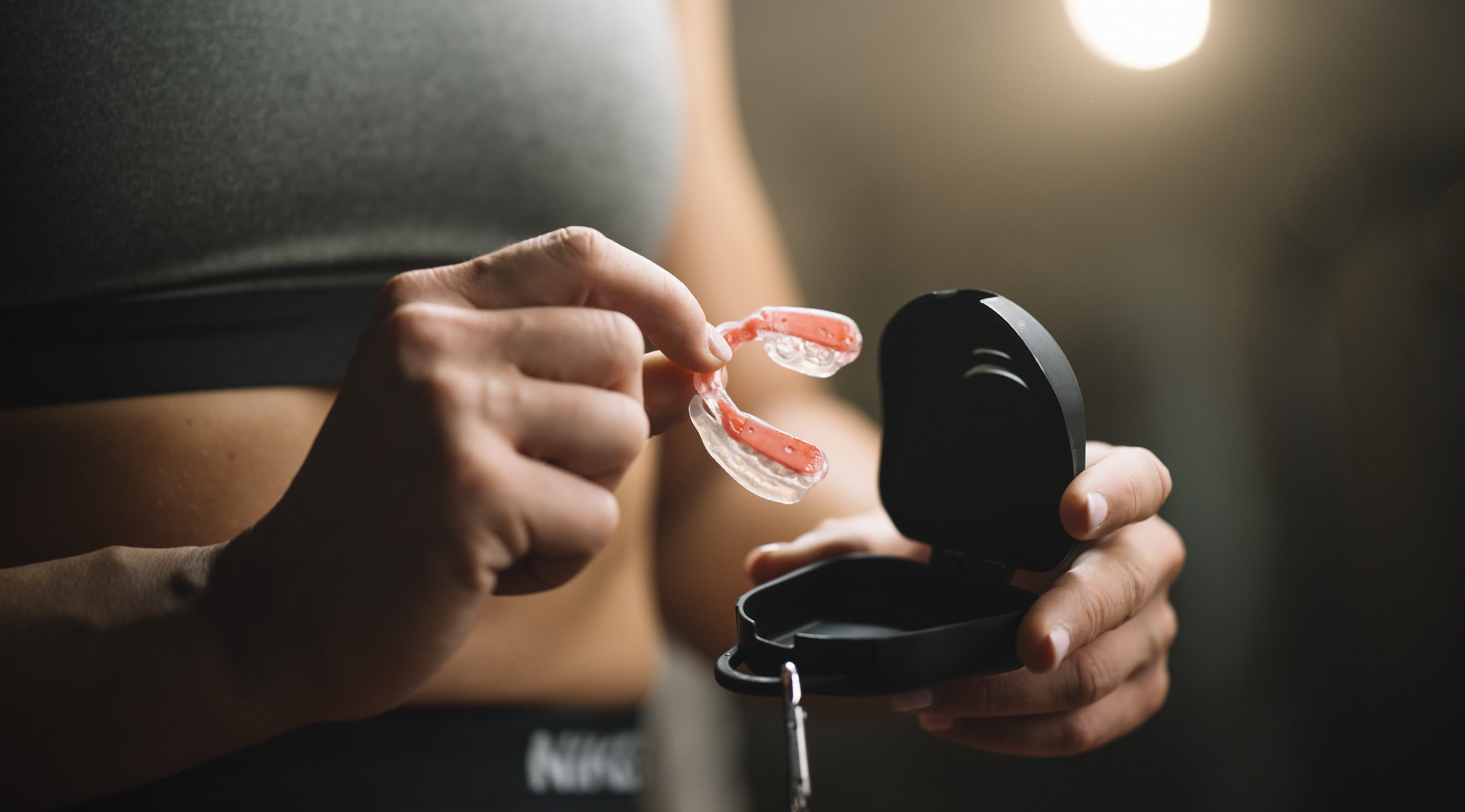 Photo credit: AIRWAAV
In Partnership With:

CrossFitters are not shy when it comes to working smarter, not harder. So it’s no surprise that we’re the first to seek out new and innovative ways to get an edge on every aspect of training. Tools and accessories offer improved performance metrics from stability and strength (think knee sleeves and weightlifting belts), to endurance tracking (heart monitors and watches), and post-workout recovery (muscle stim). These training tools feel worn-in. Comfortable. They’re staples in most gym bags. We’re used to using them, and reaping the benefits.

But there’s a new player in the space — one that claims to have benefits in all those performance areas. And one that works in an unlikely location… inside your mouth.

AIRWAAV is a relatively new training tool. It’s a performance mouthpiece that fits along your bottom teeth and pushes your jaw just forward enough to create the “optimal airway opening,” resulting in:

Says who? The company’s claims come from peer-reviewed and published research developed through creating and testing the AIRWAAV mouthpiece itself. But it didn’t exactly start out that way.

The researcher behind the studies set out to prove the data wrong. Dr. Dena Garner is the Director of Undergraduate Research, as well as a full professor, at the Citadel in Charleston, South Carolina. She’s been researching and testing mouthpieces and their effect on human performance since 2004, when she was approached by the then-startup mouthguard company.

Though it may seem like a new or novel concept, the idea of training with a mouthpiece actually dates back to the late 1980s, with research by dentists citing improvements in performance with the use of a MORA device (a type of mouthpiece which advances the mandible). According to Dr. Garner:

In the end, this may be bigger than just a training tool.  Before landing at the Citadel, Dr. Garner conducted postdoctoral research at the Medical University of South Carolina in the area of neurology, she studied the effect of drug interventions on the retinal function in rats with a disease similar to multiple sclerosis in humans. “It was a phenomenal opportunity which later opened the door for me to do current research in assessment of concussion and concussion recovery via the blink reflex,” she said.

If you’d like to give an AIRWAAV performance mouthpiece a try, visit www.airwaav.com.