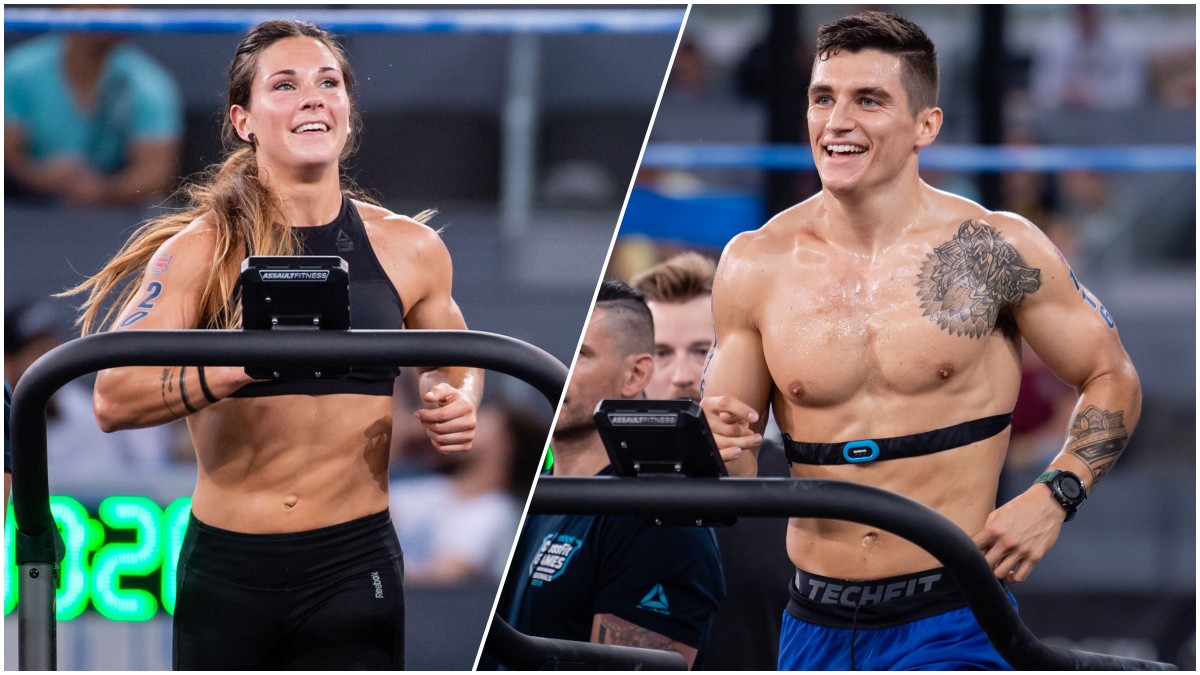 With so much new in the world of CrossFit in these past twelve months, we decided to check in with one power couple in the sport who despite all the newness remain committed to their focus, commitment, and goal, albeit in a, yes, new, location.

Remind Me: Jamie Simmonds (Greene back then) broke onto the scene when she won the 2016 CrossFit Open. That season she competed as part of Team Yas and ultimately took third place at the Games. Elliot Simmonds was also a member of that team, although no one was really giving him much attention yet.

Sanctional success: Both Jamie and Elliot competed three times in the first Sanctional season (2018-2019), but not necessarily at all the same competitions. Jamie finished second at all three competitions that season; while Elliot had a pair of fifth place finishes and a thirteenth at a deep field at Wodapalooza.

One big thing: With the 2020 season not necessarily going the way either had envisioned, they’ve made some big life choices recently prompting us to check in with them as we’re on the brink of the 2021 season, and everything that potentially comes with that.

We’ve asked them six questions to see where they are at physically, mentally, and emotionally, with the Open less than ten days away. We’ll let them take it from here:

Morning Chalk Up: What prompted the change in location for you guys? Was it a long time coming, or more of a quick decision type of thing? (Also, how long had you guys been in the United Arab Emirates, and where’s the final destination for you guys at this point?)

Morning Chalk Up: Assuming you both qualify for Semifinals, it appears you’ll have to do them on different continents… granted Jamie would be week one and Elliot would be either week three or four; when is the last time either of you has competed at a major competition and not had the other there (whether they were competing or not)?

Morning Chalk Up: Elliot — were you disappointed at all to miss out on the Games last year? If yes, does that motivate you to leave no doubt this season that you belong there? If not, have you been able to leverage the extra time away from competition to have a more focused training cycle leading into 2021?

Morning Chalk Up: Jamie — are you excited for the return to the “Regional” feel for this season, specifically having a focused event back in Australia with all the top athletes there once again? Or, did you like better being able to compete closer to where you were living at the time? Do you envision that trip and everything around it being a hindrance in anyway for athletes like you and Tia, who would have to make a rather big interruption to training and your season to travel out there, possibly quarantine, acclimate to the time zone etc, compete, hopefully qualify, and then do it all again coming back to Europe?