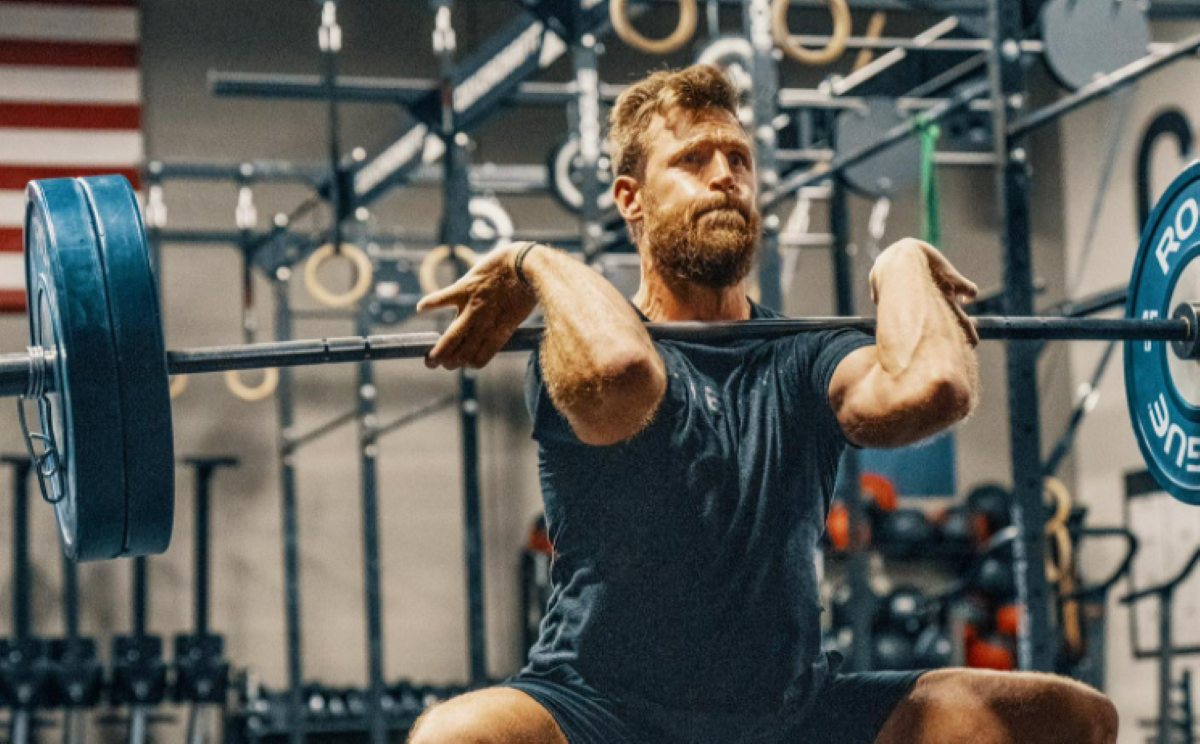 Former NHL player and Open Gym co-founder Brooks Laich made a recent appearance on the “Talking Elite Fitness” podcast to discuss his love of CrossFit with hosts Sean Woodland and Tommy Marquez. He also spent a large portion of the interview discussing prominent issues that he sees and several steps to take that could simultaneously grow CrossFit and better benefit its athletes.

Remind me: Laich played in the NHL from 2003 until 2018, primarily with the Washington Capitals. He also spent eight years as an NHLPA representative and played a role in collective bargaining agreement discussions. Now he is shifting his focus to CrossFit’s Home Office, the athletes who make a living competing, and how they can improve the sport to benefit everyone involved.

An athletes union: Laich was heavily involved in the NHLPA during his career, serving on the executive board for eight years. He played a role in hiring and firing executive directors, as well as the creation of agreements between the league and its players. As someone that lost over $2 million due to lockouts, Laich knows what can happen when the league has all of the power while the athletes have none.

Health insurance and travel: Among the issues that Laich mentioned was the lack of health insurance. He noted that an athlete can “blow out their shoulder” during a competition, forcing them to pay for the surgery in order to return in the future. CrossFit does not offset any of these costs. Additionally, he referenced Mat Fraser’s habit of shipping mattresses to hotels ahead of competitions in order to guarantee a solid night of sleep.

A long tenure: Laich acknowledged during the episode that the NHL has a current advantage over CrossFit in that the league has been around since 1917. It has a long and storied history. Additionally, there is considerably more money at stake due to the league’s marketability and TV deals. That being said, Laich explained that he is a huge fan of these CrossFit athletes and that he wants them to succeed financially.

Championship paydays: As a result of the NHL having more money available, the athletes earn considerably bigger salaries early and often in their careers. Laich compared the minimum salaries of depth players to the amount of money the CrossFit Games champions earn after a grueling competition in Carson, Madison, or Aromas.

Season format: Woodland asked Laich how he would address some of his issues and “fix” CrossFit to make it better for the athletes and fans. The former NHL player responded by listing some top priorities. Chief among them was the season schedule and qualification requirements that change multiple times over the years.

Merchandise: Paying the athletes more money and creating a fund to provide better accommodations on the road is not a simple task. CrossFit can’t just wish cash into existence. Laich is aware of this, and he posed multiple ideas to offset the costs. The first focused on the athletes and their fanbases.

Premier events: Another one of Laich’s options to bring more money into CrossFit and benefit the athletes is to take a page from golf. He explained that there are four majors each year and that the biggest names take part. The Masters Tournament, the PGA Championship, the U.S. Open, and the Open Championship make up this quartet. Laich would like to see CrossFit do something similar with its fan-favorite events.

Lending some expertise: Laich told Marquez and Woodland that he hasn’t had any specific conversations with the powers that be to discuss making these changes. However, he said that he is willing to sit down and lend his time and experience to any CrossFit athletes that want to have discussions about coming together to get some of the power, better accommodations, and pensions among other things.

The bottom line: These changes may not happen in the immediate future — or ever — but Laich said that he has high hopes for Eric Roza and the future of CrossFit. He explained that the new CEO listens to the community and is very receptive to ideas from athletes, fans, and sponsors. His hope is that the athletes come together and that the future leads to health insurance, pensions, better merchandise, and a variety of other improvements that will only further grow CrossFit as a professional sport.