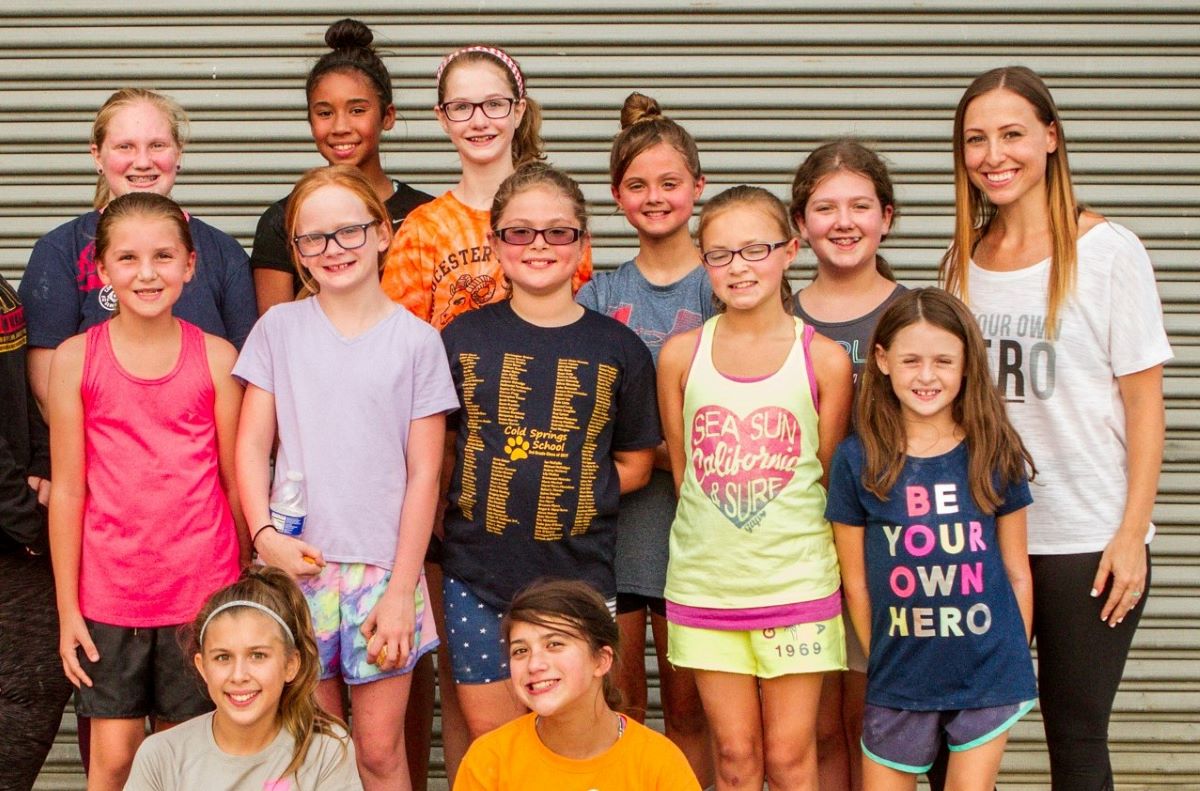 To celebrate the start of the Open in March, we created the Chalk Up Community Choice Awards to honor one man and one woman that embody the spirit of the CrossFit Community. We received so many inspirational stories, but two of them stood out to our staff. Jenai Gonzales is our female honoree. The elements of her story that stood out to us included: her  creating a truly inclusive gym, bringing her community together after a hate crime, and creating a specialized strength program for junior high and high school aged girls that helps foster self-confidence.

The details: Bellum Strength and Conditioning – G City CrossFit focuses on providing necessary services to the community, a list that includes workplace wellness programs, kids courses, fundraising events, and personal training for adaptive athletes. G City CrossFit also has a reputation as an inclusive place for youth and adult members of the LGBTQ community. There is a Pride flag outside the gym, and Gonzales welcomes every single person that enters the building with open arms, regardless of age, gender, ethnicity, or anything else.

A crime fueled by hate: In August 2020, 35-year-old Dwayne A. Vandergrift Jr. placed an explosive device at the front door of G City CrossFit in Gloucester City, NJ. The explosion occurred at about 4 AM ET, before normal operating hours, but it caused damage to the building and shattered the windows. Local police arrested Vandergrift two days later.

Repairing the damage: Hanna explained during the nomination process that Gonzales did not react to the bombing with rage. Instead, she rallied the community and began to repair the physical and mental damage. She painted another Pride flag on the boards that covered the front of the building and apologized to her members for having to close the gym. Even when she met with Eric Roza and the head of Culture and Inclusion at CrossFit, Gonzales still focused on the bright side and ways to make the world better.

A welcoming approach: When Hanna discussed the bombing and Gonzales’s reaction to the hate crime, she used the opportunity to deliver a very strong message. She explained that the G City CrossFit owner would have welcomed Vandergrift with open arms had he walked in off the street. Hanna said that Gonzales would have put a barbell in his hands and helped him work through his hatred.

Positively impacting the youth: When Gonzales opened G City CrossFit, she was running it as more of a hobby while continuing to work full-time. She realized that she was missing out on working with kids, so she began helping a junior high girls soccer team with their strength training. As Gonzales saw them progress from having no confidence to making major strides, she decided that the girls’ strength program was extremely important. She resigned from teaching and began putting more emphasis on kids’ classes.

The bottom line: Whether Gonzales is working to provide an inclusive community in New Jersey or working with the next generation, she is continuing to focus on positively influencing people around her. She explained that her goal is to foster love and kindness, as well as inspire others to be the change that they want to see in the world. For these reasons — and many others — Gonzales deserves to win the Chalk Up Community Choice Award.