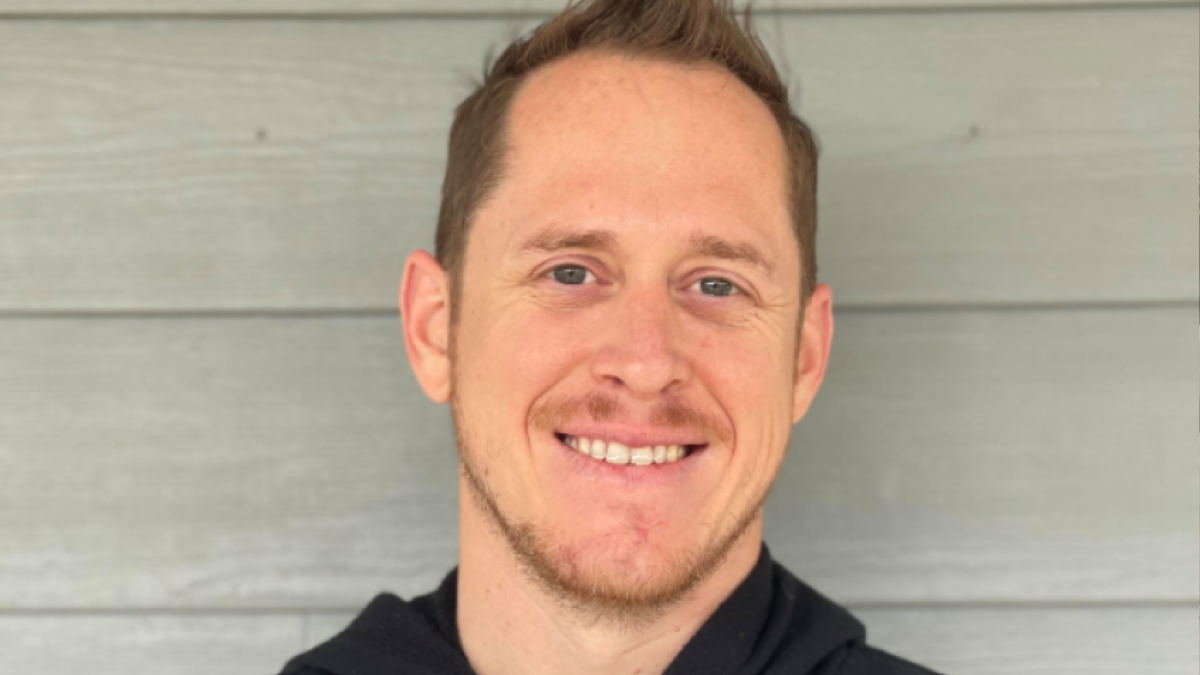 To celebrate the start of the Open in March, we created the Chalk Up Community Choice Awards to honor one man and one woman that embody the spirit of the CrossFit Community. After receiving so many inspirational stories, the staff landed on two community members. TJ Webb of CrossFit Lewes is the male honoree after surviving multiple gunshot wounds sustained in the line of duty and inspiring his fellow CrossFitters with mental toughness during his recovery.

The details: Webb is an officer with the Milford Police Department in Delaware. He is assigned to the Violent Fugitive Task Force with the US Marshal Service. In December 2020, they attempted to apprehend an individual wanted for three attempted homicides. They exchanged gunfire with the individual, resulting in Webb sustaining severe injuries.

Attacking the recovery process: While Webb sustained serious damage, he did not respond by wallowing in his sorrow. Instead, he began looking forward to getting better and being present for his family. He explained that gunshot wounds are a possibility as a law enforcement officer and that it was “just the card” in his hand that day.

Inspiring others by example: As Webb went through the recovery process, the other members of CrossFit Lewes noticed his mental toughness and his positive attitude. Stephanie DeMalto, the community member who originally nominated Webb, explained that the other people at the gym began to notice his attitude in the face of adversity.

The source of the mindset: Getting better for his family played a very prominent role in Webb attacking his recovery, but he also explained that his training style benefited him as he approached each day. Certain parts of his recovery may have been difficult, but CrossFit helped him embrace the adversity.

DeMalto explained that Webb’s approach to his recovery convinced her to make changes in her own life. She said that unforeseen challenges or circumstances will arise in the future, but mentality when approaching them is everything. DeMalto said that Webb embodies positive self-talk, surrounding yourself with people who lift you up, and not allowing failure to be an option.

Providing support: As Webb continued to recover, the members of CrossFit Lewes banded together to raise funds for him and his family. They held a members-only Hero WOD due to COVID-19 restrictions. In order to participate, the members had to bring a $100 donation. Although many others contributed far more while spreading the word around the community. Their efforts raised roughly $12,000.

Bottom line: Webb went through a situation that the majority of CrossFitters will never experience. However, he showcased a mental strength that many members of the community will want to emulate in the future. For this reason — and many others — Webb deserves the honor of Chalk Up Community Choice Award winner.