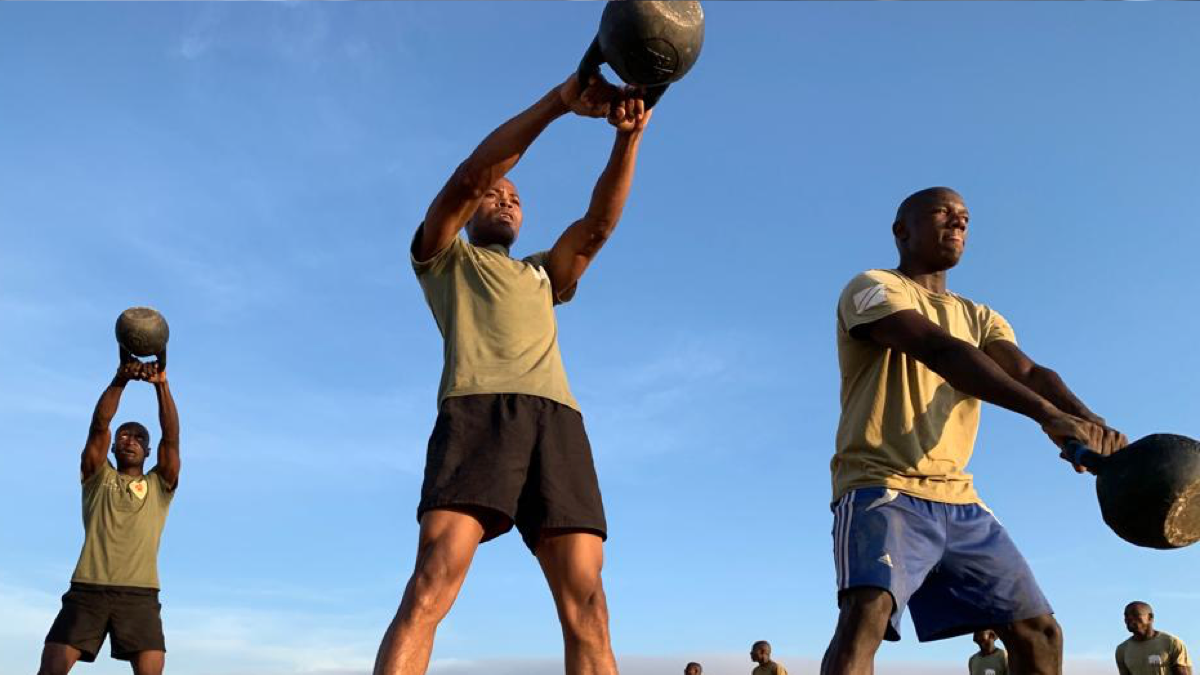 Pull the Pin Programming, a training program run by Seminar Staff member Rob Lawson of CrossFit Aberdeen has partnered with CrossFit Faru, home of an elite anti-poaching team in Serengeti, Tanzania, to keep their scouts ready for action.

The big picture: Pull the Pin (PTP) is providing programming for this highly-tactical anti-poaching team, run through the Grumeti Fund, a conservation and community nonprofit in the area dedicated to wildlife protection.

The anti-poaching team was created in 2016, as poaching became more organized in East Africa, explains Wesley Gold, their manager.

Why it matters: Gold believes CrossFit lends itself perfectly to preparing the anti-poaching team.

Both Gold and Lawson bring up one of the foundational philosophies of CrossFit: being prepared for the “unknown and unknowable.” When the anti-poaching team is out in the field, they often chase poachers on foot; being ready for anything is key.

The programming: CrossFit Faru has been affiliated with CrossFit since 2019, but bringing on PTP and Lawson will take their training to the next level, Gold says.

Lawson’s programming for the team focuses on general physical preparedness and the classic CrossFit methodology.

Along with the workouts, passed down to CrossFit Faru from UK-based Lawson via SugarWOD, he also provides in-depth coaching notes. He calls these notes a “whiteboard intro,” each giving a full explanation of stimulus, scaling, and for coaches — who are all relatively new — teaching progressions, group management, and more.

CrossFit has changed the way the team works together, according to Gold. “It’s given them a bit of focus in their fitness. It’s boring, going out running every day, [and now] they’ve got a bit more excitement, keeping them stimulated,” Gold says.

The bottom line: “CrossFit’s emphasis has always been on human health and improving human health… and this is intertwining how human health can then help the conservation of wildlife as well,” says Lawson.

Lawson is planning to arrange Zoom calls with the coaches at CrossFit Faru to help them with any questions. In the future, he hopes to head over to the Serengeti with Gold to spend some time working with the anti-poaching team, so he can tailor and specialize programming to their needs.