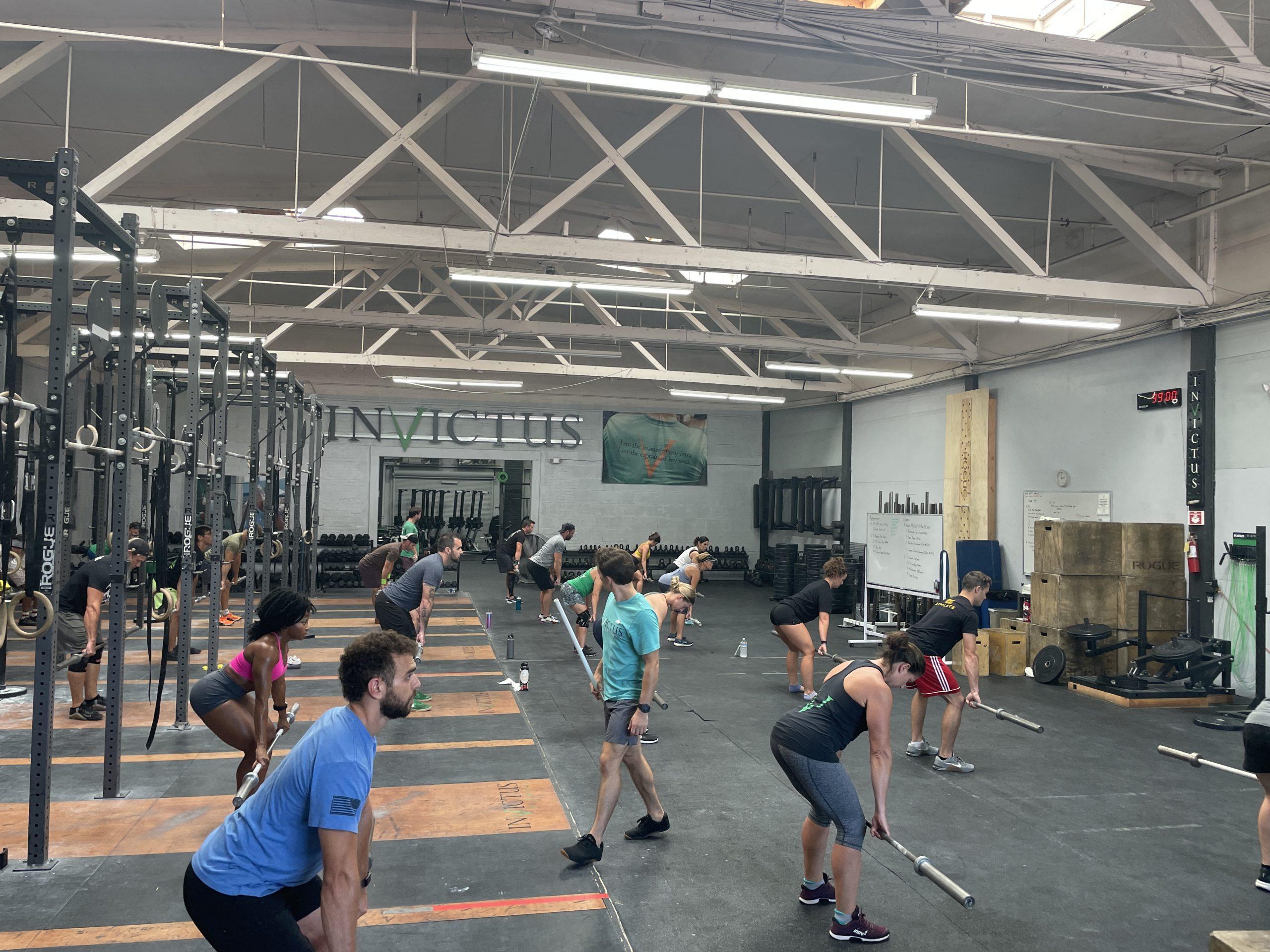 I’m very particular when it comes to my classes’ room set-up and I’m not afraid to admit it. I think that the way the space is organized can have carryover (positive OR negative) to the members and to their workout. Therefore, I’m very particular when I give directions regarding equipment placement; rowers should be in one line, there should be consistent space between each machine, etcetera.

BUT, even though I may sometimes come off as a control freak, one element of coaching that I’ve been experimenting with could be called “letting go,” or “letting the class run itself.”

Wait, run by itself? Don’t they need a coach? Allow me to explain…

What does ‘letting the class run itself’ mean?

For example, I give a direction as to where the rowers will go for the workout. A line forms by the rowers and there will now be around two minutes of time to fill while members get their stations set up. During this time I “let it happen,” the set-up of the rowers that is, without interfering too much. Instead, I use these two minutes to strike up a conversation with any member while they’re setting up. It might be about the workout, it might be about how their weekend was.

If the class does a poor job of creating a space that feels organized, I will wait until everyone has set-up their stations before I address it.

This is because the best opportunity to address the group is when the entire group is together and listening. You’ve probably noticed that any addendums you make after your group has broken from the brief probably don’t get as much compliance as the things you told while they were huddled up. Instead of yelling directions across the room, I suggest waiting until your group has come to some sort of equilibrium before continuing on. The former can make you seem frazzled or not in control of the class, and the latter gets the work done faster, in my experience.

Creating a Deeper Connection With Members

Too often I see coaches hovering around, or just watching while the class does some task regarding set-up. This silent hovering only adds pressure to the task at hand, removes a sense of independence that we should strive to instill in our members, and is time that could be better utilized to make a connection with a member or prepare for the next step in class.

Another time when stepping back a little bit can be beneficial comes when cueing beginners or members who just don’t have the nuts and bolts down regarding the flow of class. Take for example, someone who messes up the order of the movements to be performed, or works without a tempo when one was prescribed. Paint with broad strokes and instead of focusing on the small details of reps or tempo; let go of an “imperfect” workout order in exchange for allowing that member to build their confidence. Instead of correcting their rep scheme, take a moment to establish if this member is “getting what they came for,” without adding something else to their plate. Are they working the patterns we want them to work? Are they breathing hard? If they are in their first few weeks of membership, help them to focus on the big picture by “letting go” of your cues and wait until they look a bit more comfortable before hammering them on the details.

A final example of “letting the class run itself” occurs during rest periods or in the moments between songs on the playlist. Both cases provide a moment for you to address the class (it’s quiet, or people are resting). But know that you don’t always have to use these moments to coach. In fact, I’ve noticed that if I speak less, members talk to one another more. Instead of trying to jam in more cues during the rest period, allow the members to commiserate a little bit on their own and watch as they form the connections that are so important to the community feel of your space.

You’ve probably told a client that “less is more.” The above examples illustrate how “letting go” of an iron grip on your class can lead to smoother transitions, more comfortable members, and stronger connections between classmates. This is just one of the principles we talk about within our own coaching team and in our newly launched online program, Invictus University, a 5-week journey that encourages you to examine what you do, consider why you do it, and imagine how it can be done differently to vary outcomes. When you learn to enjoy this reflective and explorative process, you will find endless fulfillment and better outcomes in your coaching career. Invictus Master Coach and creator of Invictus University, Kirsten Ahrendt, explains more in this video…

Get started with Invictus University to take your coaching to the next level!