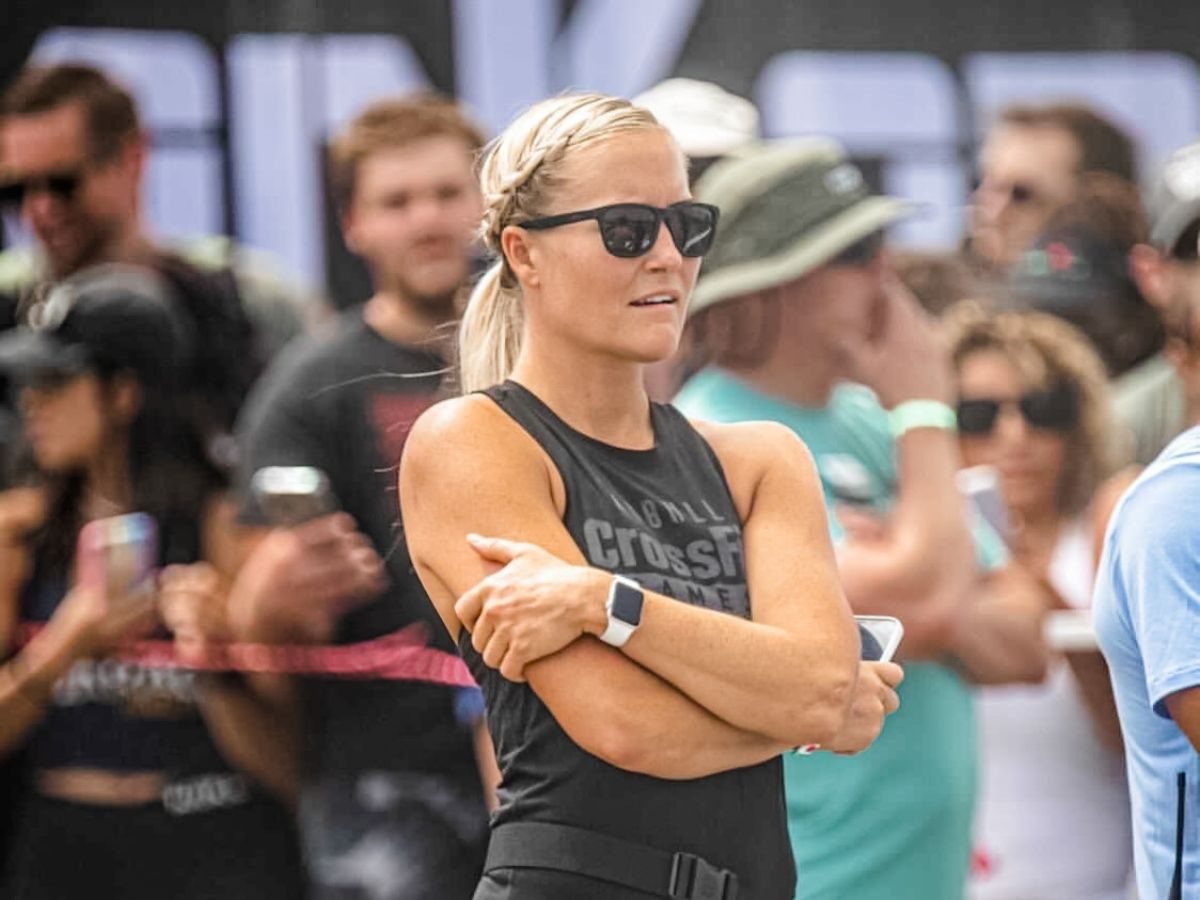 Chrisine Bald discovered CrossFit in 2012 in Washington, DC, when she was working at a sports bar.

“I showed up for a shift one weekend in July and all 32 TVs were turned to the CrossFit Games because everyone that worked there was a CrossFitter,” she said.

Curious, she signed up for a free class the next weekend and did “a baby version” of Fight Gone Bad.

“It totally wrecked me. I loved it,” she said, adding that it was the energy of the gym that sold her. “It was the polar opposite of preppy DC culture. I was like, ‘These are my people. I found them.”

How do you take your coffee?

Tell us a bit about how you ended up authoring Ben Bergeron’s books and writing Dave Castro’s Instagram posts at the last two CrossFit Games.

Bald: “Accidentally. Ben actually hired someone else to write Chasing Excellence, but they were having a hard time with it. He asked me to read the manuscript and wanted to know what I thought. My feedback was basically, ‘Uhhhhh…’. It was all his awesome mental toughness stuff, but no narrative, so it read like a textbook. I was like, ‘You need a story.’ My idea was to use the 2016 Games as the throughline, but it was too complicated to explain so I just wrote the first two chapters to show him what I was thinking. He was all about it when he read it and was like, ‘So…when can you write chapter three?’ I tried to tell him I was not a professional writer, had never written a book before, I have no idea what I’m doing. But he Ben Bergeron-ed me into doing it anyway.

We collaborate really well together so when he wanted to write a second book last year he asked me to co-author it. While I was working on it, it occurred to me that the 2020 Games season was unprecedented and kind of insane and that someone should be telling that story. I sent Dave (Castro) a letter and was basically like, ‘You don’t know me but if you don’t tell this story it’s gonna be a huge miss.’ He texted me a month or so later and invited me to come out to Aromas to run his Instagram during the Games. He didn’t give me any instructions beyond that, so I just started doing a photojournal and he liked it. He invited me back this year to do the same thing in Madison.”

Bald: “In my head it looks like the Broadway performance of Nonstop from Hamilton, but in practice it’s just me writing and/or researching all day. I workout at CrossFit New England every night with the 5:30 p.m. class.”

Bald: “Ask for what you want. Over prepare. Over deliver.”