Welcome to the 2018 CrossFit Open. By 5 PM tonight, we’ll know exactly what Dave Castro has in store for us. Will it be a repeat? Will it include a movement we’ve never seen before? Will there be thrusters (everyone immediately knock on wood)? Honestly, we have no idea, but we know a lot about past Open WODs so here are some fun facts and noteworthy patterns we’ve noticed to help you pass the next few hours.

Honestly there is no predicting the Open, but when you lay out all the past WODs some patterns emerge. 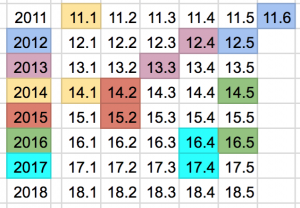 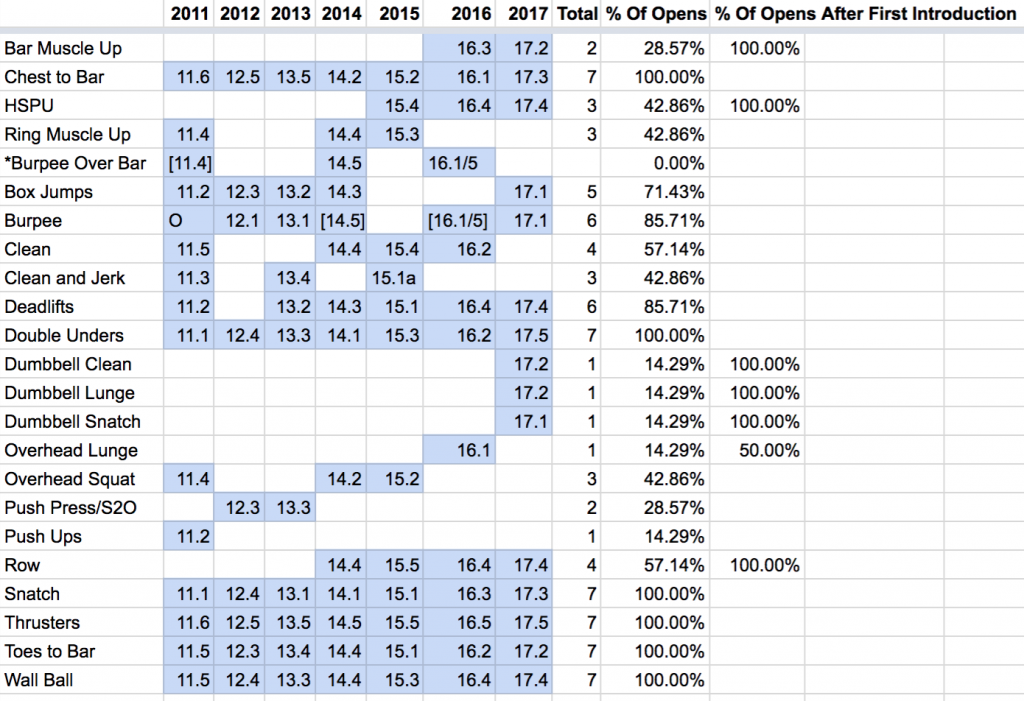 Here’s our data for Open movements and Open WOD repeats in case you want to dive deeper.

Apr 25 by Morning Chalk Up

Jan 4 by Morning Chalk Up

Feb 23 by Morning Chalk Up
Lifestyle

Opinion: I’m Not Going to Crush the Open this Year, And That’s Okay

Feb 21 by Joe Genetin-Pilawa
Your Coffee is ready.