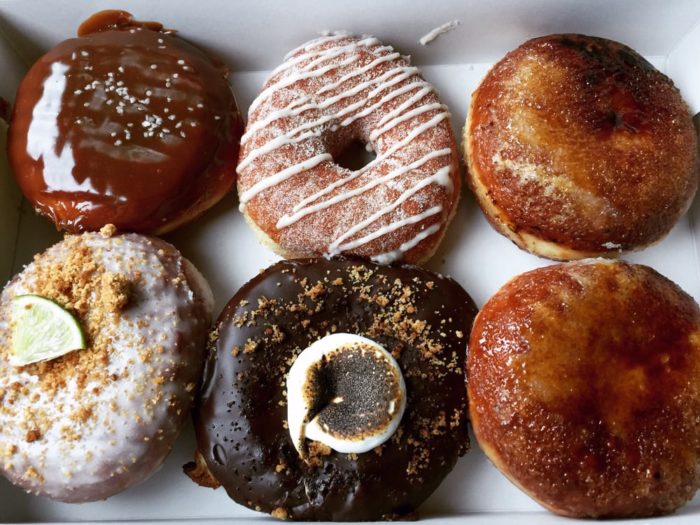 The Salvation Army in Chicago created this event to honor the “Donut Lassies” who served doughnuts to WWI soldiers. The event was used as a fundraiser to help those in need during the Great Depression.

Ever since, its been celebrated on the first Friday in June and it remains a fundraiser today. The Salvation Army is hosting a series of “Do Good Donut Parties” to serve more than 10,000 doughnuts to Veterans across America.

Who were these “Donut Lassies”?

In 1917, about 250 “Donut Lassies” went to France and handmade doughnuts and served coffee to soldiers coming off the front lines. Their mission was actually much larger than just handing over freshly baked, doughy goodness — but to give spiritual aid and comfort to soldiers. Or as the Salvation Army puts it, “to be a link with home and family.”

The whole idea was obviously an instant hit — shocker — and one volunteer, Ensign Margaret Sheldon, even came up an ingenious idea to fry the doughnuts in soldiers’ helmets.

It doughnut matter. But if you’ve got a hankering for the best thing ever created head over to Dunkin’ Donuts, Krispy Kreme, or Walmart we’re they’re serving them out free today.